"There's something you can't have, you want it even more" 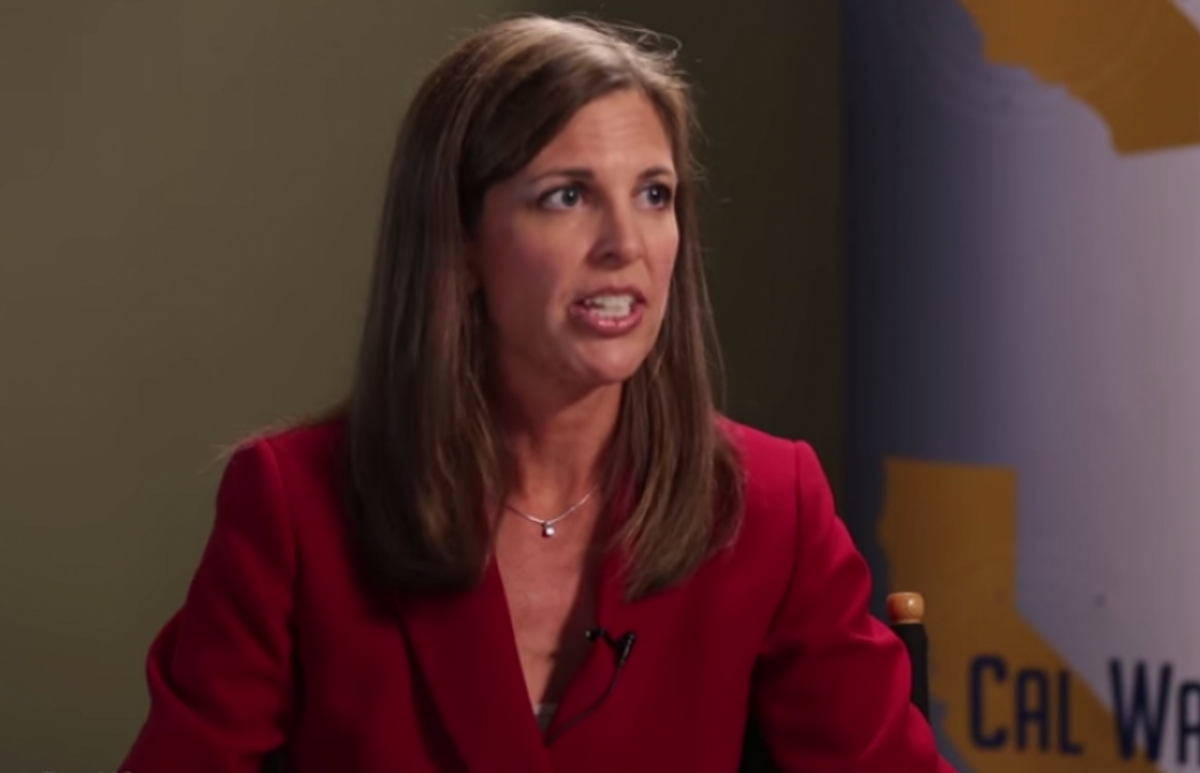 The GOP Minority leader of the California State Assembly has a brilliant idea to increase voter participation in the state -- make it harder for residents to vote.

Assemblymember Kristin Olsen (R-Modesto) suggested to a Fresno-area conservative talk radio show that "maybe we do need to make it harder" to vote in order to increase voter participation, as first reported by ThinkProgress' Scott Keyes.

Olsen agreed with the host of KMJNow's Broeske & Musson show who said, "we keep making it easier and easier to vote and, yet, people keep not voting. So it doesn't seem like making it easier is working...it seems like people don't appreciate voting ... I am almost think like if it was tougher may the would want to."

She told Broeske that that "was a really interesting thought" before agreeing with the sentiment, adding "you're right. It’s just like anything in life, if there’s something you can’t have, you want it even more ... maybe we do need to make it harder and that that in and of itself would increase participation.”

Later, Olsen blasted California Democrats who "just want more people voting," complaining that "it does sound nice and that's why it's hard to argue against."

She continued that "of course we want more people participating in voting, but what we really want is more people engaged in the process, informing themselves about the importance of the issues and the candidates and then absolutely taking advantage of the privilege and we have responsibility to vote but it's a responsibility as much as it is a right."

Olsen has voted against the use of mail-in ballots and same-day voter registration, two initiatives meant to increase voter participation in California.