This is just another day for one Kinnelon, New Jersey neighborhood 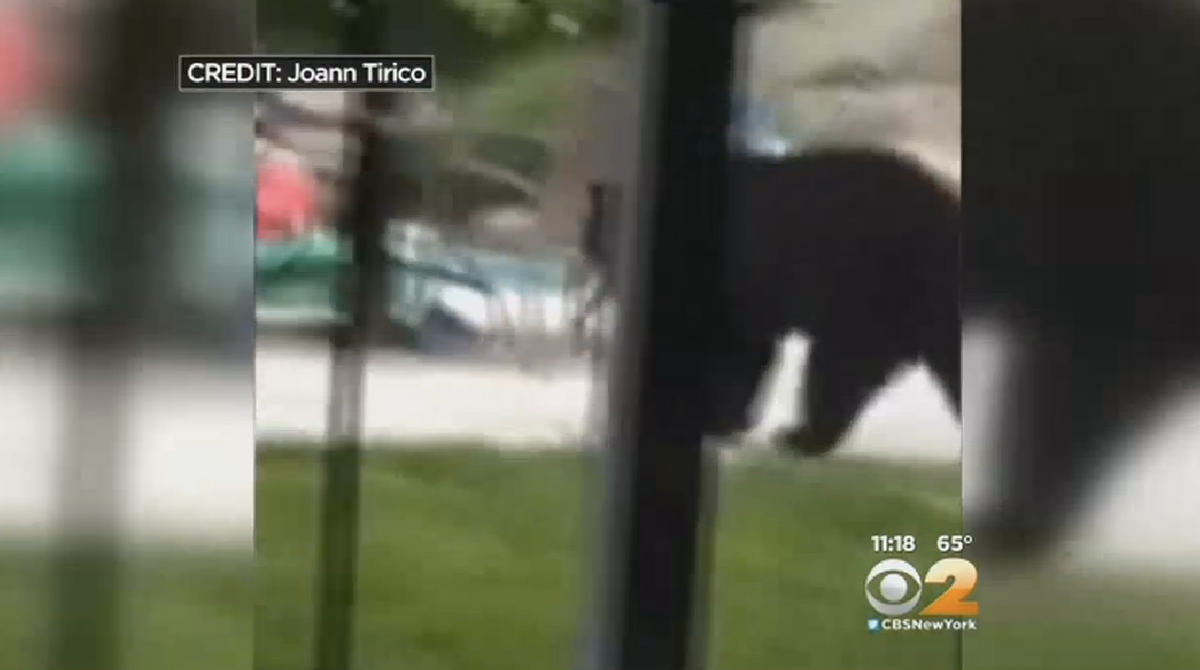 Frank's Red Hot Sauce has just received the highest endorsement a hot sauce company can receive: A mother bear, as captured in a recently surfaced cell phone video and released via CBS2, has declared the sauce juuuuust right and snatched a bottle from a New Jersey family's patio fridge.

A local homeowner, Joann Tirico, told the station that it's not unusual for bears to raid fridges in the New Jersey neighborhood. In fact, she said cakes have been swiped from her refrigerator in the past and that she's also noticed chunks of fencing suspiciously missing. On a lucky day, she'll spot a bear having a relaxing dip in her pool.

“We’ve gotten used to it but we respect them as they respect, you know they come in and they’re looking for food and then they go away,” Tirico said.

Watch the footage below: