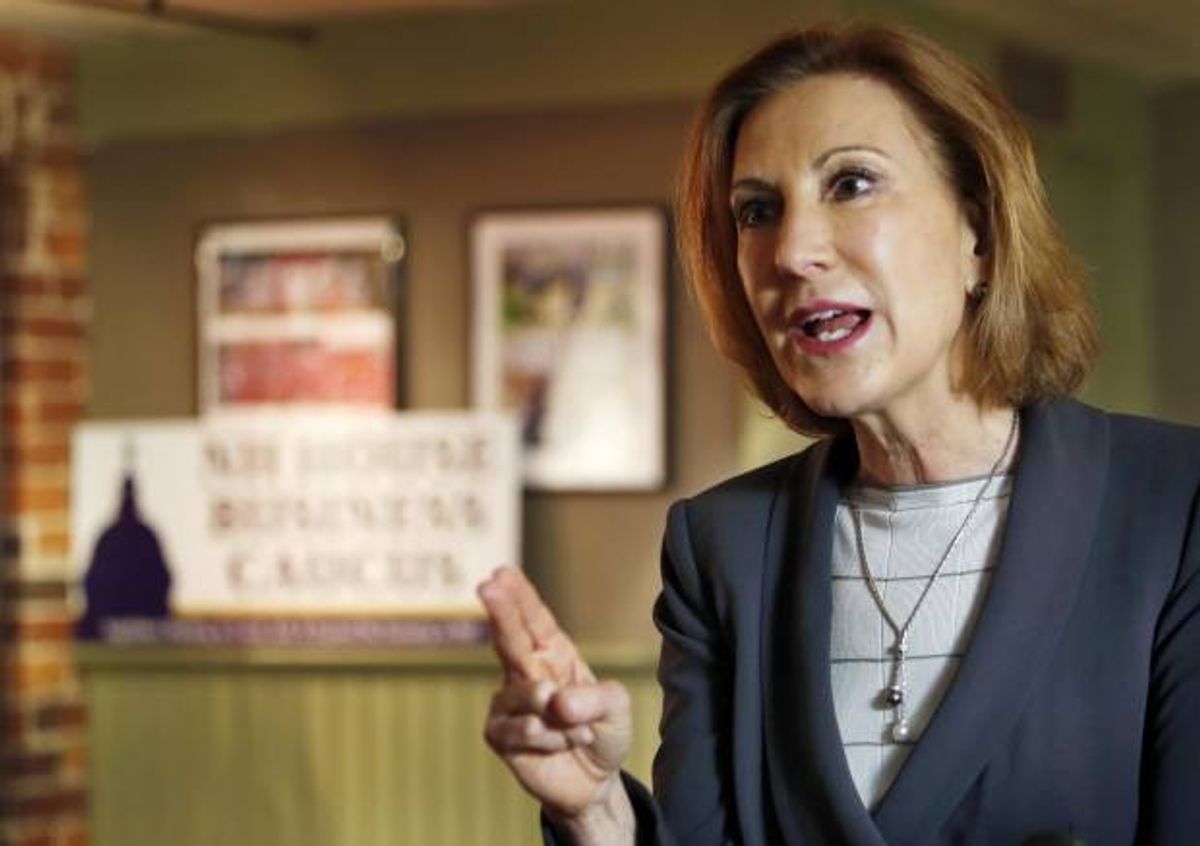 In response to a reprimand from the Federal Election Commission, “Carly for America,” a super PAC launched in February to support the presidential candidacy of Carly Fiorina, has changed its name to “CARLY for America.” The organization had fallen on the wrong side of a federal regulation prohibiting super PACs from using a candidate's name and opted to, uh, fix the problem by replacing Fiorina’s first name with an acronym that also happens to be Fiorina’s first name.

Back in April, the executive director of the super PAC backing Carly Fiorina dared the Federal Election Commission to sanction the organization for calling itself “Carly for America,” which violated rules prohibiting using a candidate’s name in the name of a legally unaffiliated PAC.

“It could be Carly for Puppies, it could be Carly for Freedom,” [super PAC executive director Steve] DeMaura said then. “There’s no legal prohibition against the type of name that we use. I think the reason that many don’t do it is for practical political reasons not based in legal fact.”

That turned out not to be right. It took the FEC less than three weeks to send a formal letter of reprimand to Carly for America.

“You must amend your Statement of Organization to change the name of your political committee so that it does not include the candidate’s name and/or provide further clarification regarding the nature of your committee,” an FEC analyst wrote to the committee May 17.

The Fiorina super PAC sort of complied by switching out “Carly” with “CARLY” -- an acronym for “Conservative, Authentic, Responsive Leadership for You.” The organization will go by CARLY for America.

“The FEC requested that we change our name and we complied,” CARLY for America spokesperson Katie Hughes said in a statement.

The name question may be settled for now under the farcical loophole, but there were other options on the table before the organization landed on “Conservative, Authentic, Responsive Leadership for You and for America.” Through secret journalist secret things, Salon obtained some earlier drafts that were under consideration, which are listed below:

Chris Christie
And
Rand Paul are
Losers
Ya burned

Can
Anyone
Really
Love another person
Y/N