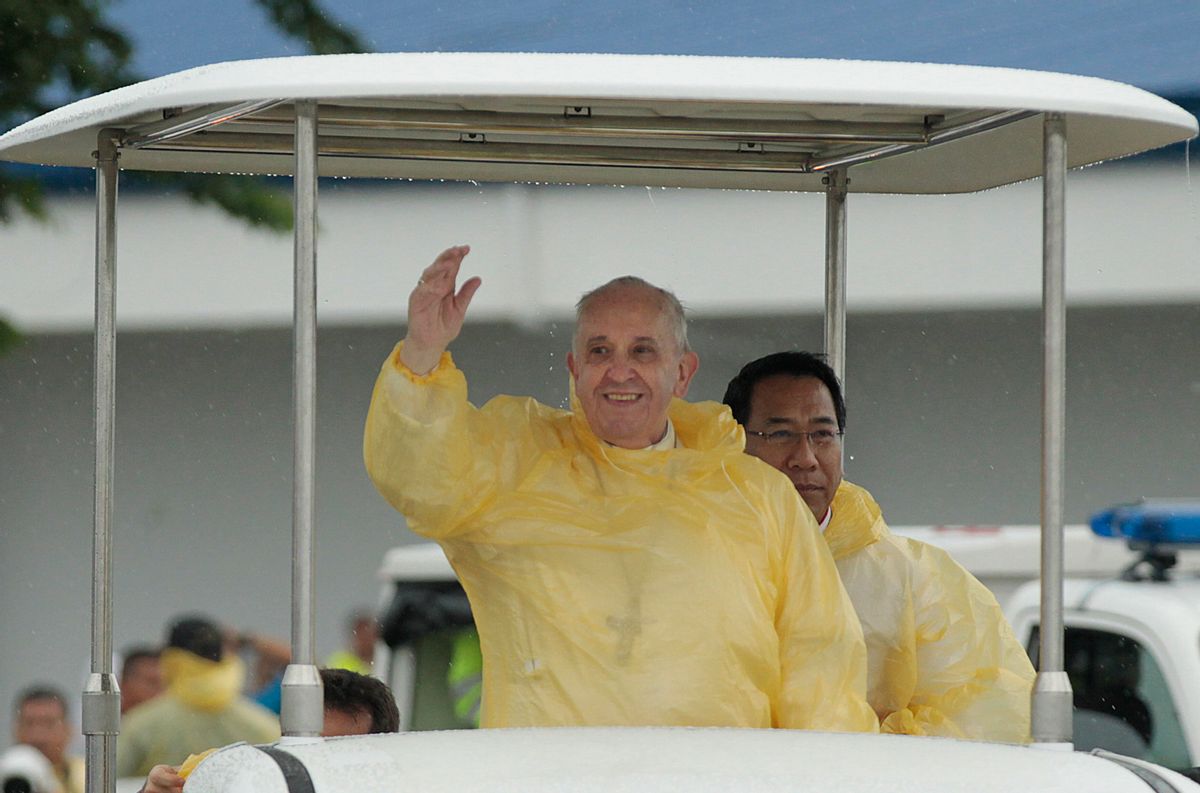 Are you a Republican congressperson worried about what you're going to do when the pope calls you out via encyclical -- a.k.a. one of the highest forms of papal teaching -- tomorrow? Are you at a loss for words as to how you could possibly respond to the spiritual leader's assertion that, via an early draft, that developed countries like the U.S. are responsible for recognizing, and addressing, “the dramatic consequences of environmental degradation in the lives of the poorest of the world"?

Don't worry -- the coal industry's got your back.

Greenpeace obtained an email sent Tuesday to Congress from Tom Altmeyer, a lobbyist for Arch Coal, a major U.S. coal mining company. The email, a copy of which was seen by Salon, provides helpful "talking points" on how the forthcoming encyclical apparently fails to address "the tragedy of global energy poverty," which -- spoiler alert -- only coal can solve. Those points:

·         Billions of people around the globe are living without electrification and suffering though untold poverty and disease as a result.

·         Coal is the only feedstock for base-load electricity capable of providing the energy emerging economies and struggling communities need to rise up out of abject poverty and towards a newfound hope.

·         Industry, policymakers and social leaders – like Pope Francis – must work together to support policies that bring about new advances in fossil energy technologies so we can strike a balance between global economic needs and climate concerns.

Meaningfully addressing climate concerns through the use of fossil fuels? Not going to happen. And coal, which is much more carbon intensive than oil or natural gas, not to mention a major contributor to dangerous air pollution, definitely isn't the kind of "solution" for which anyone who's up on the science would advocate. Anyone who's advocating for coal's ability to increase the well-being of people living in developing nations, meanwhile, need only look at China, whose coal-fueled economic growth was accompanied by a major air pollution crisis that's ended up harming the economy, and is now causing the country to turn its back on the dirty fossil fuel in favor of renewable energy sources.

It is the world's poorest, as the pope has made clear, that are disproportionately suffering the impacts of climate change -- a phenomenon resulting from wealthy nations' abuse of fossil fuels. And while no one's going to argue that the world's poor deserve access to energy, it's a myth that fossil fuels are the way to get them there. In fact, as a recent report from Bloomberg New Energy Finance found, renewable energy projects are currently underway in developing nations at twice the rate of developed countries -- and they're already proving to be a cost-competitive alternative to Big Coal & Co. A litany of other studies have reached similar conclusions. And it makes sense, as Grist's Tim McDonnell explains:

If you want to bring electricity to places without a power grid, renewables have lots of advantages. For one, it’s far cheaper and faster to build a solar or wind farm than a coal or gas-fired generation plant. And renewables can be built locally, on a small scale, eliminating the need for long-distance transmission lines. Consider what happened with cellphones: Mobile technology became cheap and ubiquitous before many African nations had landline networks, so people just “leapfrogged” straight to wireless.

Coal lobbyists aren't the only ones throwing shade at the pope: in the New York Times, Michael McKenna, "a Republican energy lobbyist and political consultant who described himself as a conservative Catholic," reassured himself that “this guy is not in sync with the American Catholic Church." Yet, as reporter Coral Davenport was quick to point out, 86 percent of American Catholics say they view the pope favorably -- and their opinions about climate change are broadly in line with the rest of the country's.