Donald Trump: George W. Bush "didn't have the IQ" to be president, and "the last thing we need" is Jeb in the White House 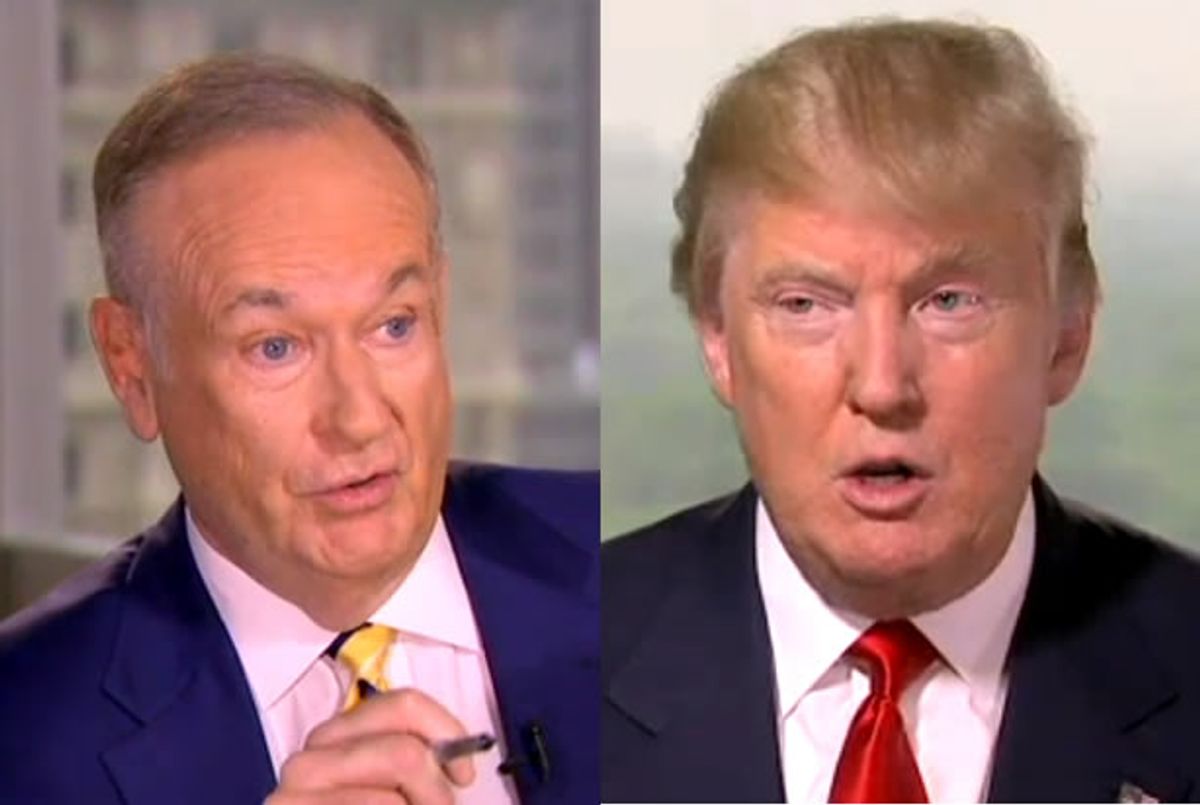 During the course of the interview, Trump went out of his way to prove his seriousness by opining that he would defeat ISIS by "hitting them so hard your head would spin," and claimed he sent O'Reilly "that document" in 2004 in which he allegedly predicted that if the United States went into Iraq -- which it actually did in 2003, but no matter -- the region would be destabilized such that Iran would wind up in control of it.

Trump refused to offer specifics as to how he would defeat ISIS, claiming that Obama's telegraphing of America's military objectives is the reason that we're not "winning" in the Middle East. He asked O'Reilly to trust him, because "there’s nobody bigger or better at the military than I am" and "I have a way that would be very effective with respect to ISIS."

He did, however, note that his strategy would require the United States "to take back the oil. Once you go in and take back that oil, they have nothing."

"But how do you take it back [without ground troops]?" O'Reilly asked.

"You bomb the hell out of them, and then you encircle it, and then you go in, and you let Mobile and our great oil companies go in," Trump replied.

"I would be willing to bet I'd have a great relationship with Putin," he added.

O'Reilly countered, reminding Trump that George W. Bush said he "looked into his soul" and discovered that Putin was "a good guy."

"Bush didn't have the IQ," Trump replied. Nor does his brother, Jeb, apparently, as Trump said "I'm not a big fan" and "the last thing we need is another Bush."