Here, right-wingers: These musicians might not sue you for using their songs 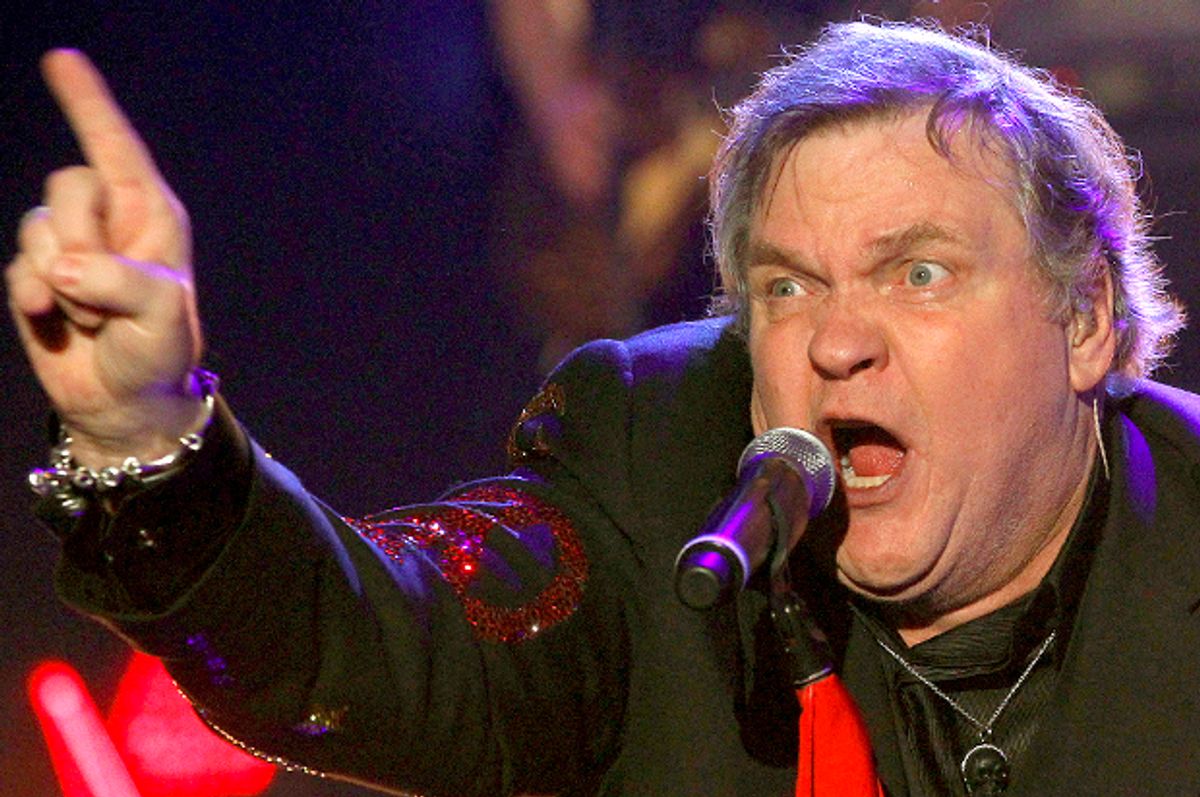 Given how difficult it is for Republican presidential candidates to find songs to use on the campaign trail that the musicians who created them won't sue them for playing, we here at Salon thought we'd help them out by compiling a list of artists who, for whatever reasons, wouldn't mind having their work associated with the GOP brand.

The man's a syndicated columnist at World Net Daily and has a penchant for telling heavily armed crowds that he'd like to shoot prominent Democrats. Plus, it's not a stretch to imagine the following song as a metaphor for Republican base -- white and facing extinction.

"There has stormclouds come over the United States!" the 1970s operatic rock star said when introducing Republican presidential candidate Mitt Romney in 2012. "There is thunderstorms over Europe!" Given that those stormclouds and thunderstorms most likely remain after another four years with Obama in the White House, it stands to reason to that Meat Loaf would lend his voice to whichever Republican candidate will try to win it back for the GOP. Because contrary to what he sings, he'll not only do anything for love, he'll also do that -- so long as "that" isn't singing well.

A discerning fringe candidate could do worse than hit up Smashing Pumpkins lead singer Billy Corgan, a close friend and regular guest of Infowars' Alex Jones. Corgan's all about the mass awakening of people as the mainstream media and the federal government lose control of the establishment narrative -- which has something to do with CNN's Anderson Cooper attacking Corgan's cats, but that's not the point. The point is that any number of GOP candidates could take the stage to "1979" just to remind voters of the last time their anti-labor, anti-LGBT platforms were remotely relevant.

A natural fit. He was, after all, born free. He was born, free. Born. Free. Texas Senator Ted Cruz could take the stage like a Chevy Silverado while subconsciously suggesting to the birthers in his party's ranks that he was born on American soil. Other candidates, however, might prefer the song below --inasmuch it evokes their idyllic vision for America.

You can take the man off "Monday Night Football," but you can't take "Monday Night Football" out of the man, and if Republicans are going to win back the White House in 2016, they're going to need to appeal to voters who remembers the halcyon days, back when Bushes occupied the Oval Office and Hank Williams, Jr. demanded to know whether America "was ready for some football." I'm sure neither he nor his rowdy friends would mind throwing their weight behind Jeb! Bush.

The Megadeth frontman endorsed Rick Santorum in 2012, so there's no reason to believe he wouldn't do so again. Imagine how stoked the one person who turned out for Santorum's latest Iowa event would have been when the champion of family values strode across the stage to “Wake Up Dead,” Mustaine’s encomium to infidelity.