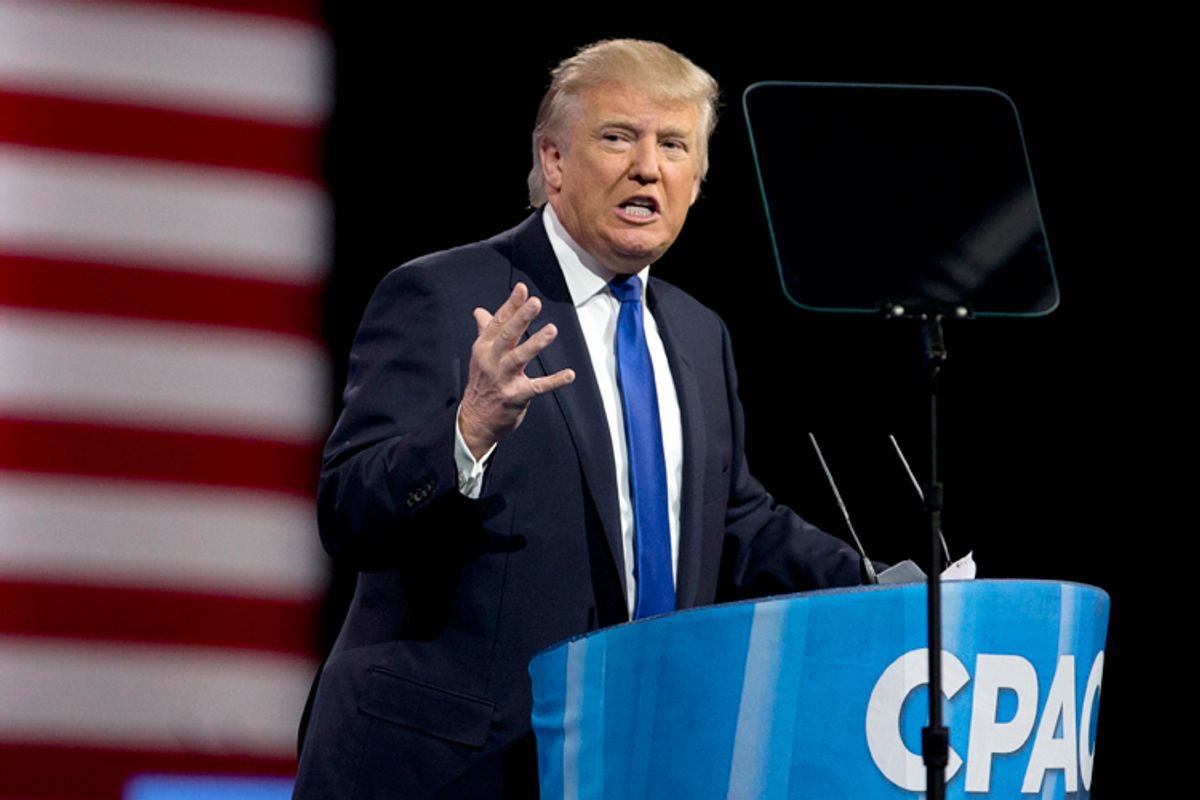 The Donald made it official yesterday, announcing his campaign for president in a thriller of a kick-off speech complete with the obligatory China, Mexico and ISIS boogeyman references.

For those itching for more details on the real-estate mogul's political positions, Buzzfeed sat down and had a read of Trump's 2000 book, "The America We Deserve," to scratch beneath the surface of "The Celebrity Apprentice" boss. The book, sold as "virtually a platform on the major political issues facing our country," was meant to set the table for Trump presidential run (yes, Trump's been playing this game for that long).

Some of the best nuggets suggest a couple of Trump flip-flops, shocker, but perhaps must surprising is Trump's, who claims $9 billion in assets, remarkable commitment to programs like Social Security.

Trump wrote 15 years ago that he supported universal healthcare because "we should not hear so many stories of families ruined by healthcare expenses," writing that "I'm a conservative on most issues but a liberal on this one."

Trump argued that "we need, as a nation, to reexamine the single-payer plan" -- a key plank in democratic socialist Bernie Sanders' 2016 campaign platform, Pointing to Canada’s government-run healthcare service, Trump said the U.S. will "have to improve on the prototype."

Bot of course, Trump thinks Obamacare is "a big, fat, horrible lie" and "a total catastrophe," which he's promised "is going to be a disaster." Trump has said that the health care law should be repealed  and replaced but has ended his past talk of a universal, single-payer health care system.

Although Trump wrote of his “pro-choice instincts” in his 2000 book, writing that he supported "a woman’s right to choose," he now describes himself as “pro-life.” Trump credits a friend's decision to forgo an abortion with changing his mind on the issue:

One of the reasons I changed -- one of the primary reasons -- a friend of mine's wife was pregnant, in this case married.

Trump called for making Social Security solvent through a "one-time 14.25 percent tax on individuals and trusts with a net worth over $10 million."

Trump still supports the government-run program, blasting fellow GOP 2016 hopefuls who've called for cuts or an increase in the retirement age. Trump criticized the Republicans plans as "not fair to the people that have been paying for years."