"Fox & Friends" just can't stop the spin: In the wake of Charleston, we must arm our pastors and priests

It's "extraordinary" that it's being investigated as a hate crime, Steve Doocy said -- it's an attack on Christians 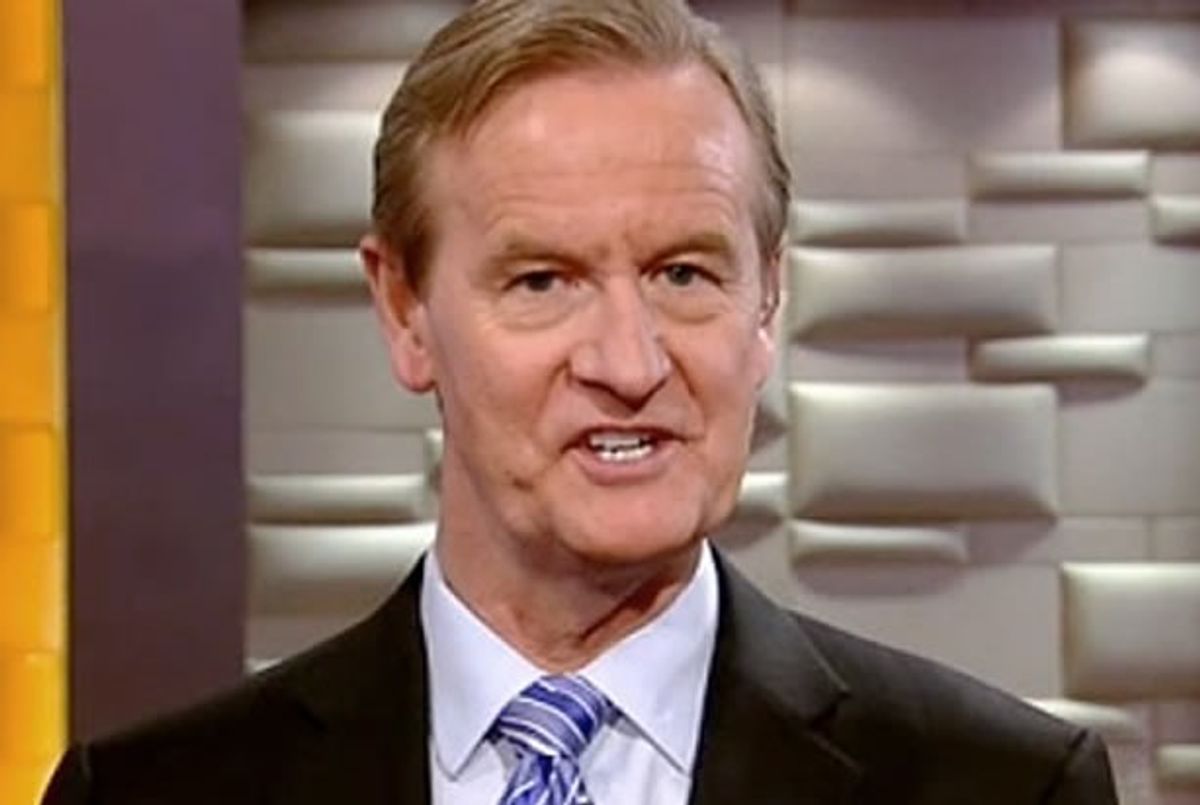 On "Fox & Friends" Thursday morning, co-host Steve Doocy said it was "extraordinary" that Police Chief Gregory Mullen referred to the massacre of nine black churchgoers by a young white male as a "hate crime."

The segment began with Bishop E.W. Jackson, the senior pastor at Hope Christian Church, opining that he was concerned that this wasn't a racially motivated crime, but a religiously motivated one. "There does seem to be a rising hostility against Christians in this country because of our biblical views," he said.

"I would urge pastors in these churches to prepare to defend themselves," Bishop Jackson added. "It's sad, but I think that we have to arm ourselves."

Doocy agreed with the bishop both about the highly speculative motivation he attributed to the attacker and the measures that should be taken to stop another, only adding that when Chief Mullen spoke earlier, he "extraordinarily referred it as a 'hate crime,' because it was a white guy at a black church."

But, Doocy continued, Bishop Jackson made "a great point about the hostility towards Christians," suggesting that the attack had a religious instead of racial motivation.

Such an explanation -- while convenient for Fox News' operative narrative about the war on Christianity -- flies in the face of what NBC News' Erik Ortiz and F. Brinley Bruton reported earlier, that the shooter allegedly told one of the survivors that he was shooting them because "you rape our women and you're taking over our country, and you have to go."