Here's how the fast-track fight ends: Why it all comes down to Obama

Congress' trade debate can seem convoluted. Here's a breakdown of what's going on -- and where it could head 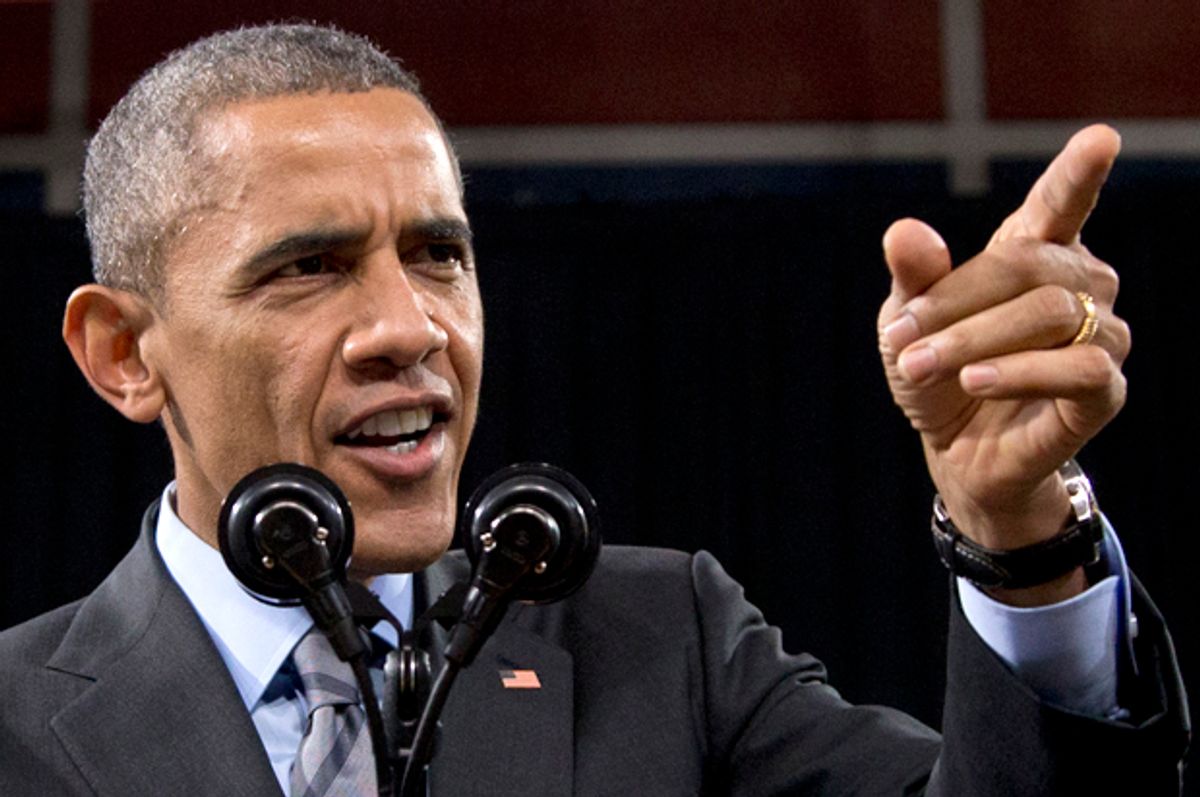 Everyone pop a handful of Adderall and try to pay attention. The House and Senate appear to have something resembling a new plan for moving trade promotion authority, or "fast-track," legislation through Congress and to President Obama's desk. It is convoluted, subject to tweaks, and if it doesn't work, another tactic probably will, because this is something that rich people around the world really want to happen.

A brief recap of the congressional fight over fast-track, which gives Congress a strict up-or-down vote on trade agreements without amendment. Most major trade agreements over the last 40 or so years have been agreed on under fast-track rules, and the administration argues that it's necessary to close the deal on the Trans-Pacific Partnership. Killing Trade Promotion Authority is a reasonable way for the many Democrats who want to kill TPP to go about doing so.

The Senate chose the strategy of logrolling TPA and an extension of Trade Adjustment Assistance, a program that throws a nickel or two at people who have lost their jobs due to terrible trade deals, together into one bill. This was successful.

The administration worked with Republican leaders in the House, where the liberal members are more liberal and the conservative members more conservative, to devise a different strategy of vote-splitting. TAA and TPA would be voted on separately, with passage of TPA contingent on successful passage of TAA. That way, theoretically, Democrats could supply most votes for TAA while voting against TPA, while Republicans could largely vote against TAA -- which they consider welfare -- and supply the votes for TPA. But House Democrats weren't willing to play along. They voted in droves against TAA for the purpose of killing TPA.

Republican leaders have been huddling about how to get these two things through. The Huffington Post's Ryan Grim reported this week on the main procedural strategy they're considering, something he refers to as a "game theory jumble." Even that may not do justice to its many complications.

The basic idea of the strategy, as reported elsewhere, will be to separate legislation renewing TAA and TPA: no more logrolling or vote-splitting measures. Each would be faced to fend in the wild itself. First the House would pass TPA, sending it to the Senate. Then the Senate would take up a TAA bill, which it will have attached to another bill, the AGOA -- "African Growth and Opportunity Act, or AGOA, which boosts trade from some sub-Saharan African countries" -- that is popular among Democrats. Once the Senate has passed TAA, that should be enough for the "pro-trade" faction of Senate Democrats to join Republicans in passing TPA, which will thus be sent to the president's desk. Since TPA will have already passed, House Democrats will have no tactical reason to oppose TAA anymore, and so they'll pass the Senate-passed AGOA-TAA bill. The idea is to bend House Democrats to the White House's will by making passage of TPA "a fait accompli," as one House Republican aide tells the Huffington Post.

Would this plan deny House Democrats all of their leverage? That all depends on one man: President Obama.

Obama has insisted that both TAA and TPA reach his desk before anything gets signed. White House spokesman Josh Earnest reiterated that in his Wednesday press briefing:

At the White House, Obama administration spokesman Josh Earnest said the president is open to a legislative strategy that separates fast-track from worker aid, as long as both issues make it to his desk to be signed into law.

Earnest said Obama and top White House officials discussed strategies by telephone in a series of calls with Republicans and Democratic lawmakers on Wednesday morning.

"The only legislative strategy that the president can support is one that will result in both pieces of legislation arriving at his desk," Earnest said.

Lawmakers must determine “whether or not they have to arrive at the same time, on the same day, as part of the same legislative vehicle or separately,” Earnest said at a briefing.

The president, then, needs to be willing to break his word in order to bring House Democrats to heel. If TPA is on his desk and he won't sign it without TAA, then House Democrats have a relatively obvious strategy: don't pass TAA after it's sent from the Senate as part of whatever legislative vehicle. Then President Obama won't sign TPA.

If President Obama is willing to sign TPA before TAA reaches his desk, though, then House Democrats will have officially lost on TPA and might as well go along with TAA. But there's another risk that this entails for the White House: Obama signs TPA and then ... John Boehner never calls up TAA, because Republicans don't like it and they've already gotten what they wanted.

You've got to ask yourself: What does President Obama really want here? He wants TAA and TPA, but... he wants TPA more, because that will help him to complete his big, beloved, legacy-gilding trade deal. Do you think he's just going to let House Democrats stick up their noses at him indefinitely while he's already got fast-track on his desk, gathering dust? Don't count on it.