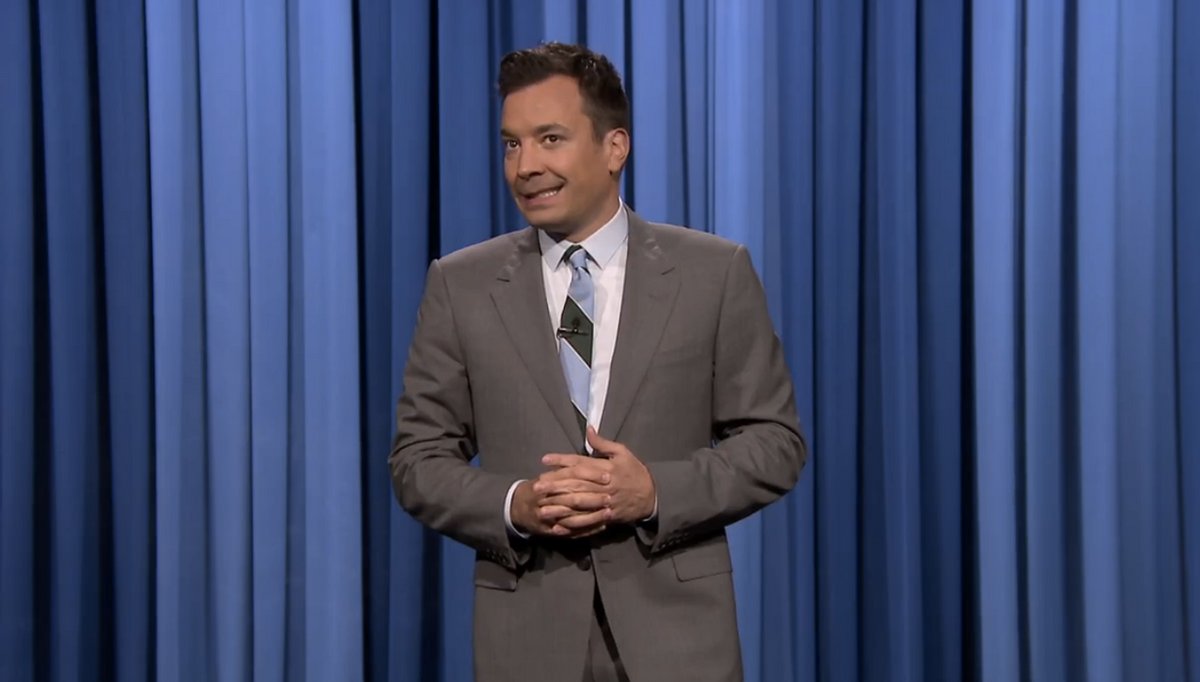 The comment was prompted by discussion of Caitlyn Jenner and Rachel Dolezal, the latter of which, she accused of "toggling" between races that would most directly benefit her.

“This opens up the question, because of Caitlyn Jenner, if I self-identify as a cat — as a feline — do I have to pay income taxes?” Tantaros proclaimed during the panel in complete earnestness.

"Of course you have to work and pay taxes. Why do you think Garfield hates Mondays?" Fallon snapped back.

Fallon went on to build an entire scene for his quip, imagining that a Fox News producer had to lure her off stage with a laser pointer.

Watch the monologue courtesy of NBC below: