Rachel Maddow on the GOP's shameful support of Donald Trump: "They have kind of created this monster" 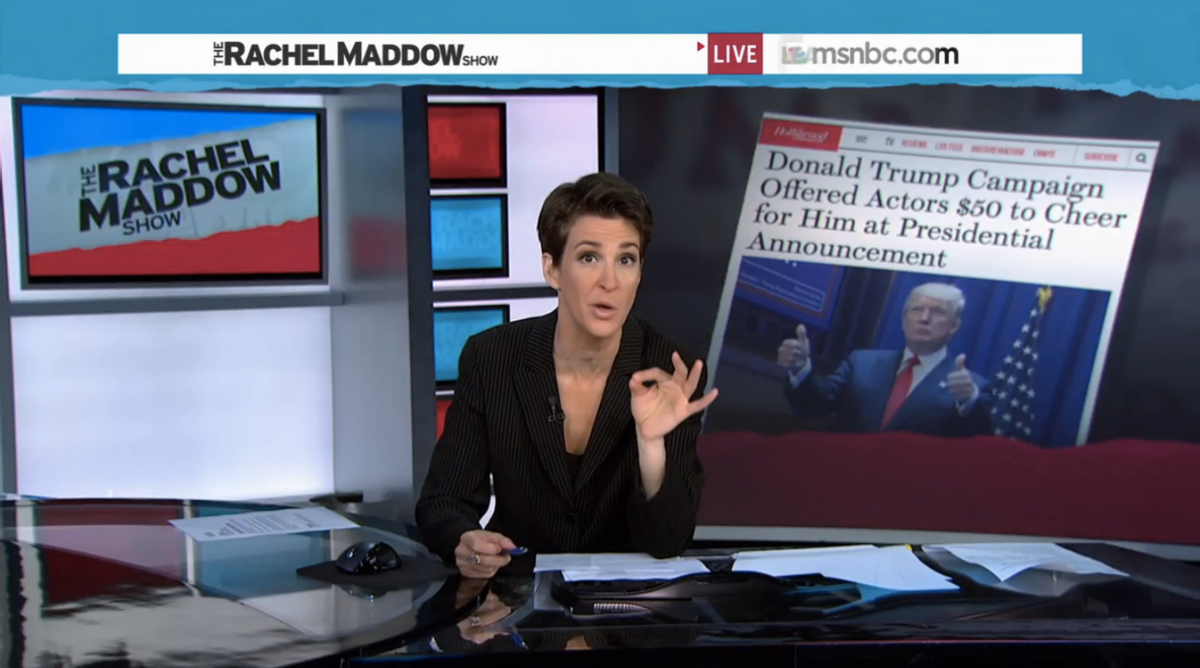 First, she noted that Donald Trump had used Extra Mile NYC, a background casting company, to bolster attendance at his campaign launch event on Tuesday. Apparently, each background actor was payed $50 to wear a t-shirt, hold a sign and cheer Trump on as he made his announcement.

Maddow thinks the fact that Trump would even consider such a move is worrying in and of itself:

"An inability to fill a room is a problem Donald Trump has had in the past," Maddow said, referencing photos of Trump delivering a speech at CPAC 2013 to an empty room. "Even if he is kind of faking [his campaign], even if he is paying people to pretend they are his political supporters, he's gonna be there in the debates! He's taking up almost all of the oxygen in the room in terms of the attention to the Republican candidates."

"Even though Donald Trump kind of is a fake political figure," Maddow continued, "the Republican party at the highest levels has really plighted their troth with Donald Trump. They have been playing along with this ruse for a long time. They have kind of created this monster."

Watch the video below, courtesy of MSNBC: