On foreign policy, Nader says, Obama is "more unconstitutional" than the man who presided over Gitmo & Iraq 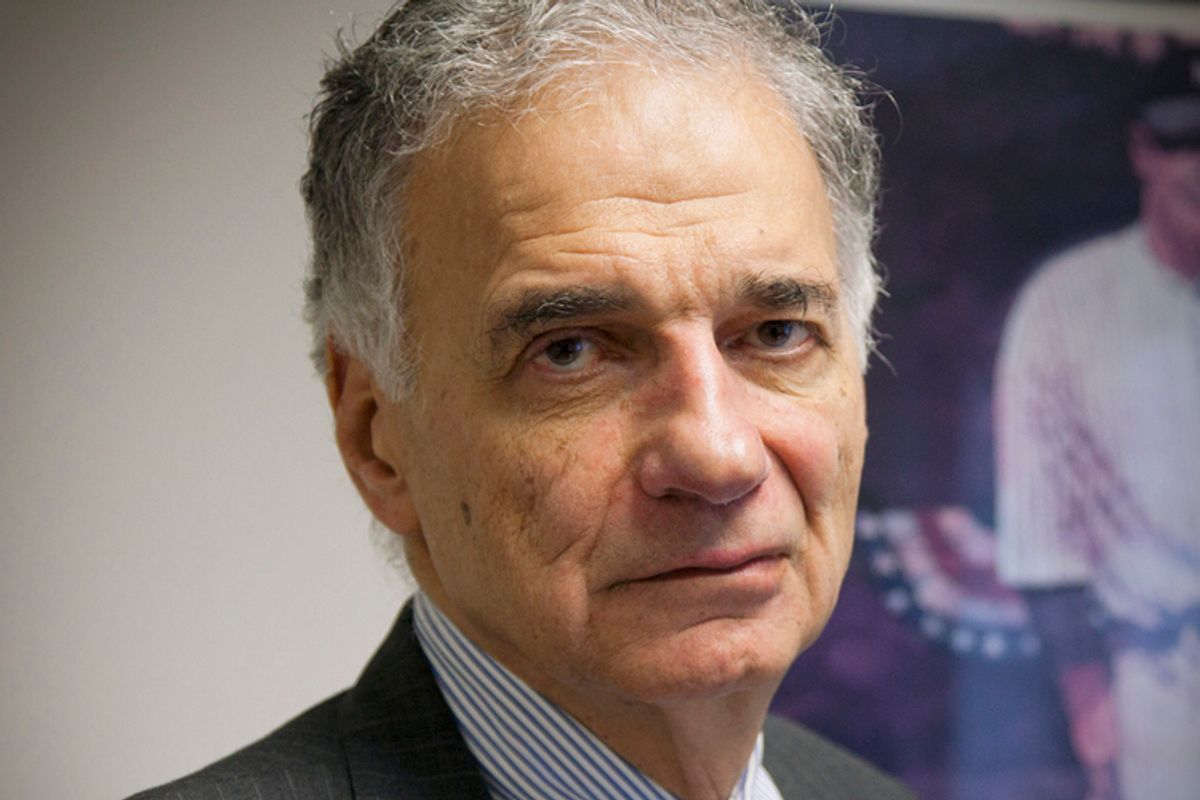 Ralph Nader may have run against George W. Bush twice, but he's even more down on Bush's successor. While W. started two protracted wars, Nader says in a new interview that he doesn't fault Bush's foreign policies as much as he does President Obama's.

Although Nader conceded that "Obama is better domestically" than Bush, Nader argued that "on foreign policy if anything, Obama is more unconstitutional":

KING: How do you compare Bush and Obama?

NADER: Obama is better domestically. On foreign policy if anything, Obama is more unconstitutional. More drones, more intruding into sovereign nations, more killings. Announces that he even can kill as a prosecutor, judge, jury, and executioner all in one White House American citizen. Just on his say so. He’s been much more aggressive in that matter. And he’s a constitutional law specialist. He should know better.

This isn't the first time the former Green Party presidential candidate has lashed out at President Obama. In 2012 interview, Nader said that President Obama's foreign policies have been "more aggressive" and "more illegal worldwide" than former President Bush's:

He’s gone beyond George W. Bush in drones, for example. He thinks the world is his plate, that national sovereignties mean nothing, drones can go anywhere. They can kill anybody that he suspects and every Tuesday he makes the call on who lives and who dies, supposed suspects in places like Yemen and Pakistan and Afghanistan, and that is a war crime and he ought to be held to account.

Nader argued that Obama's performance was worse "because he raised expectation levels" from the "below average" Bush presidency. "He’s below average because he’s above average in his intellect and his knowledge of legality, which is violating with abandon.”