Your demands have been met: Here's Beyoncé on the $10 bill

The U.S. Treasury can't really put Queen Bey on #TheNew10 — but if they could, it would look like this 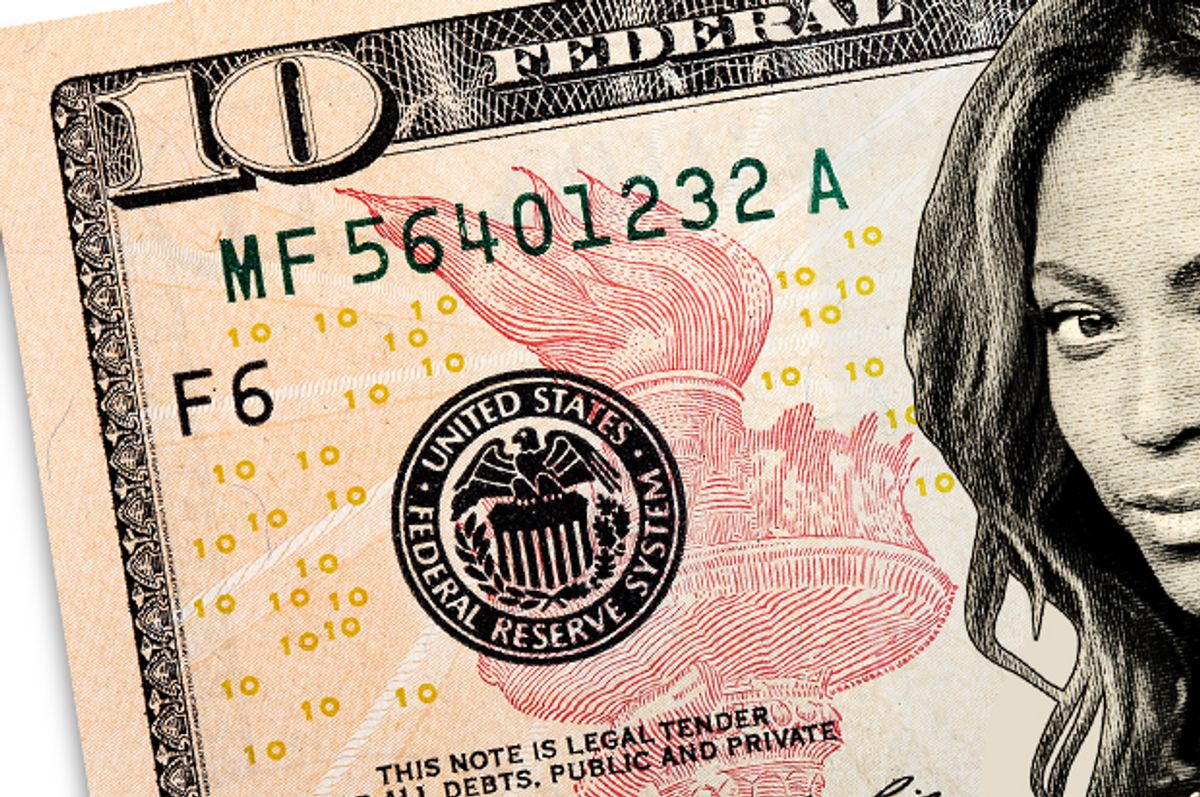 Today, the U.S. Treasury Department made the milestone announcement that it plans to place a female historical figure on the $10 bill in 2020, marking the first time in history that a woman will be featured on a U.S. banknote.

Now the question remains -- which female leader will it be? The Treasury Department asked people to share their ideas on Twitter with the hashtag #TheNew10, and there were plenty of great suggestions of influential female figures throughout the ages, from First Lady Eleanor Roosevelt to civil rights activist Rosa Parks to abolitionist Harriet Tubman.

Yet while it's illegal to put a living person on U.S. currency, it should come as no surprise there was one contemporary female celebrity whose name was all over Twitter’s mouths like liquor (like like liquor). Because hey, while America may pride itself on distancing itself from its monarchist roots, make no mistake: America does have a queen, and her name is Bey. Queen Bey.

Well, Beyoncé Nation, have no fear: Salon has heard your cries, so we asked our Art Director/unofficial Master of Coin Benjamin Wheelock to create a mockup of what such a bill might look like. And wouldn't you know, it looks ***flawless. It woke up like this. It's a perfect ten (dollar bill)!

While Beyoncé Bucks™ unfortunately can't be used as legal tender, should you choose to print this out, carefully serrate the edges and bring a wad of them down to your local surfbordt store or slip one through the partition to your limo driver, hey, we aren't gonna stop you. (Editor’s note: Salon Media does not endorse the use of counterfeit currency).