"Crazy people will be able to get their hands on guns": Legal expert Adam Winkler on why outright gun bans won't prevent another Charleston 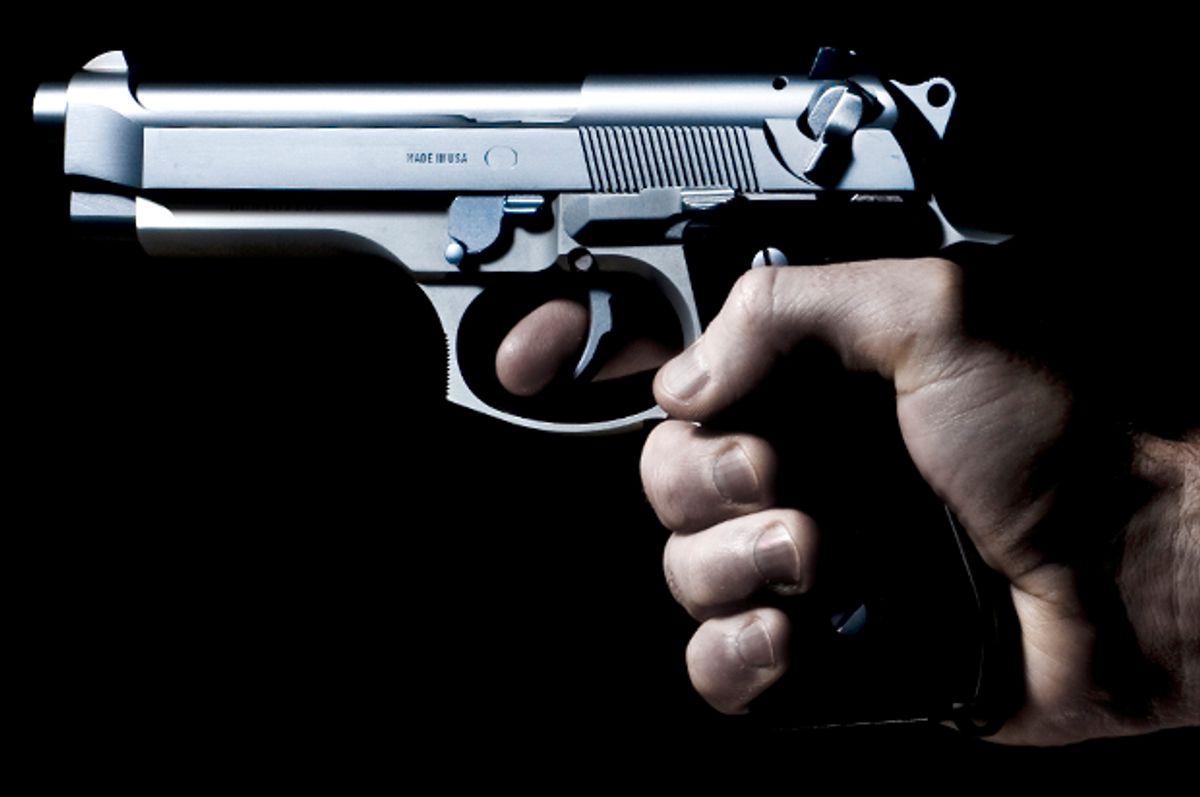 Adam Winkler is a constitutional-law scholar at UCLA whose book “Gunfight: The Battle Over the Right to Bear Arms in America,” argues that “gun rights and gun control are not only compatible; they have lived together since the birth of America.” We spoke to Winkler, who generally takes a moderate position on a polarizing set of issues, about the shooting at the Charleston’s Emanuel African Methodist Episcopal Church.

Does the Charleston shooting tell us anything new about gun violence, racism, or anything else? Or is it sort of depressingly familiar?

This is the same old story in an awful new binding. The United States is bedeviled by mass shootings – for some reasons, some people feel that the way to solve their problems is to shoot a lot of other people.

It’s in part because this is a country committed to widespread civilian gun ownership. There are 320 million guns in America, and they’re not going anywhere. You can have all the background checks you want… but crazy people will be able to get their hands on guns.

And I think Obama’s response is the same old story, too – idealistic, we-can-get-rid-of-all-the-guns approach that doesn’t really advance the discussion.

You don’t see that kind of change as being likely, then.

Since the beginning of the country, we’ve had a right to bear arms alongside limits – gun control. Has this balance changed significantly over the centuries?

There have been periods where we’ve had more gun control and less gun control. These days, the momentum seems to be toward eliminating gun laws, rather than adding to them.

A period of restrictions on guns was the mid-20th century, when most states prohibited people from carrying guns in public.

This was an awful crime, but over the last five years, violent crime has been at a historic low – lower than it’s been for 50 years.

Your book argues that the debate over guns has become polarized. Where does the stridency come from?

I think the stridency comes from both sides thinking the other side is responsible for loss of life. If you’re on the gun-rights side, I think you really believe that regulations [lead to violent crime and shooting deaths.]

When you are talking about life and death issues, it’s hard to find common ground. It’s hard to compromise on abortion rights.

What is the role of the gun lobby, the NRA, in this?

What changed – was it the organization itself or the world around it?

They became an important part of the coalition that elected Ronald Reagan, part of a larger populist conservatism.

And the NRA became the site of a revolt, where hard-liners took over the organization. The NRA was traditionally led by moderates.

How can we think about the proper balance between public safety and individual rights – and possible solutions?

We should be doing everything we can to keep guns out of the hands of people who can’t be trusted with them – domestic abusers, the mentally ill, felons. And we should be doing what we can to clamp down on the illegal trade in guns.

But a lot of mass shooters get their guns legally. It’s hard to imagine what the gunman would have had to have done to be restricted from owning a gun – had he been convicted of a felony?

What about the role of gun shows?

It’s not a gun-show problem. It’s that we have a law for which every gun purchase does not require a background check.

You’re dubious about laws and regulations eliminating mass shootings and solving the rest of the gun problem. What’s the reason for your skepticism?

The main reason for my skepticism is the 320 million guns out there. A crazy person who wants to get a gun and kill people can.

Norway has very strict gun laws and had the worst mass shooting in history.

But we shouldn’t concentrate on mass shootings. We should be concentrating on the daily death toll from gun violence. Over the next month, far more than nine people will lose their lives to gun violence. And a lot of it won’t be in the newspaper.

It’s a gang killing. It’s a husband who’s estranged and shoots his ex-wife. It’s a criminal going out and shooting someone.

We’re never going to eliminate these completely – but we can minimize it. Make it harder for someone to get their hands on them.