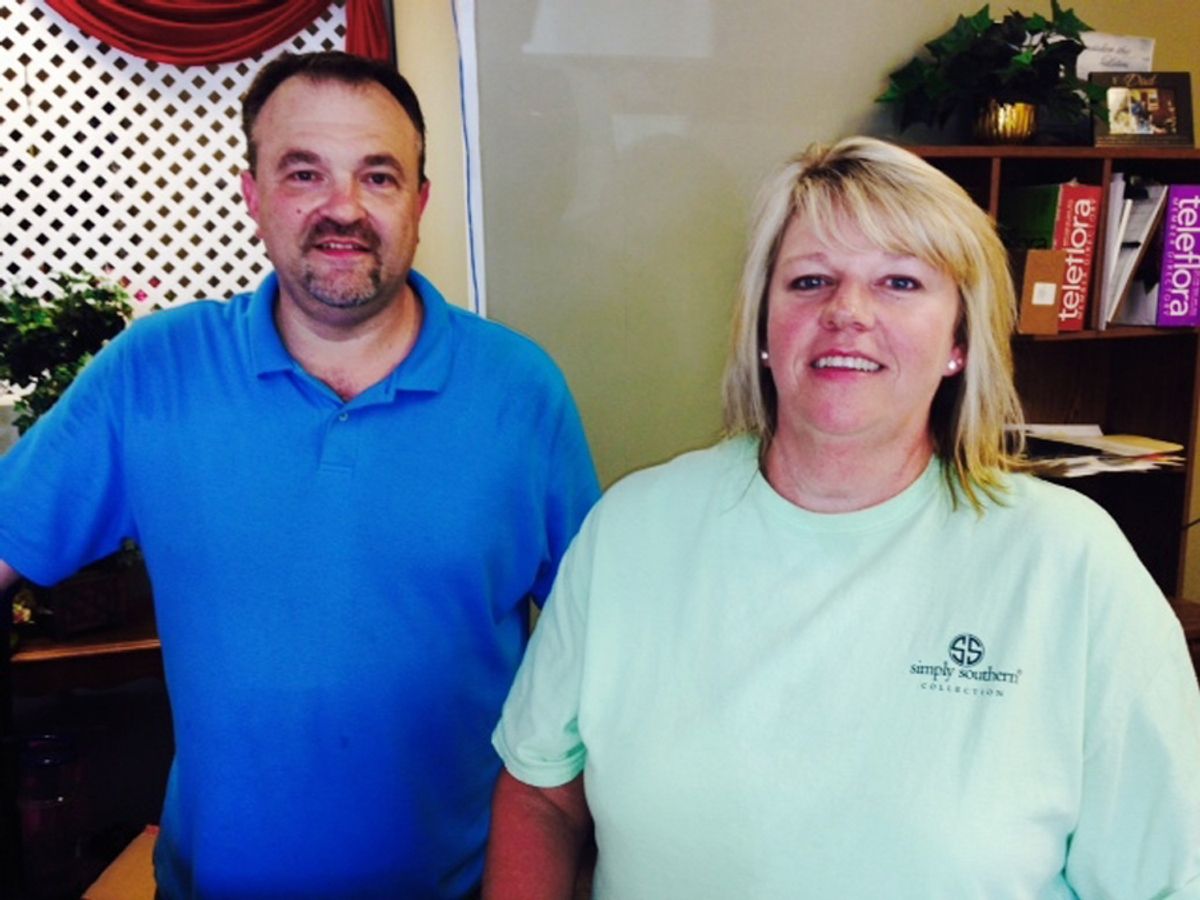 Todd Frady, left, and Debbie Dills of Frady's Florist in Kings Mountain, N.C., pose for a photo Thursday, June 18, 2015, after Dills called in the tip that ultimately led to the arrest of Dylann Storm Roof, the white man who police say killed people at a prayer meeting Wednesday at a black church in Charleston, S.C. Dills says she called Frady when she saw Roof driving, and Frady called a police officer he knew. (AP Photo/Steve Reed) (AP)
--

KINGS MOUNTAIN, N.C. (AP) — A North Carolina florist is being hailed for her help catching the man accused of shooting and killing nine people inside a black church in Charleston.

Debbie Dills had been on her way to work Thursday morning when she saw a familiar black Hyundai next to her at a stoplight. She says her heart raced when she saw the driver: A white man with a bowlcut, just like the photos of the suspect she had seen on the news.

Dills says she called her boss, Todd Frady, who called a police officer he knew. That officer contacted the Shelby Police Department, whose officers captured Roof.

Dills says she caught up with the suspect and got a license plate number, following the car for about 2 miles while police confirmed it was the right car.