Lindsey Graham: The Confederate flag is "part of who we are" in South Carolina -- even if "it's a racist symbol" 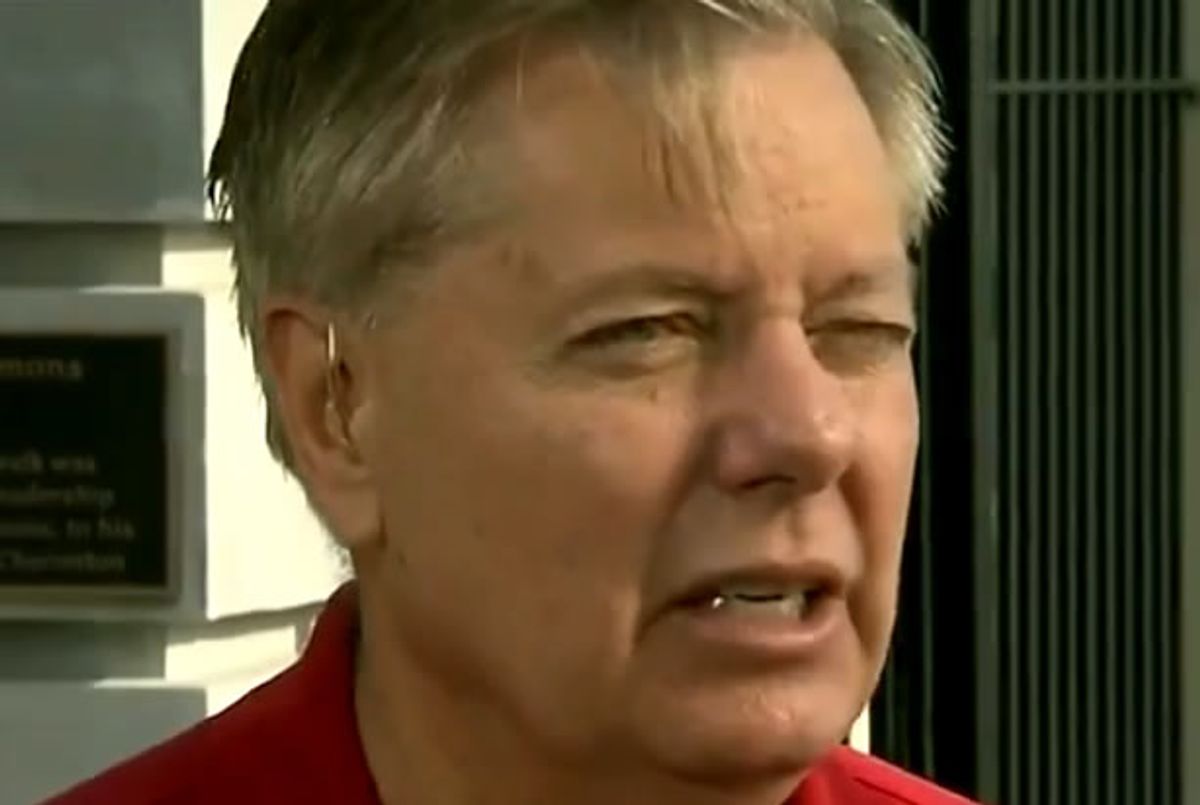 South Carolina senator and Republican presidential candidate Lindsey Graham was asked by CNN's Alisyn Camerota this morning why the American and South Carolina state flags were flying at half-mast today, but the Confederate flag was not.

As he didn't seem inclined to answer, Camerota shifted to a more general question, asking the senator whether it's "time to stop flying the Confederate flag."

Graham said that it would be "fine" by him if South Carolinians wanted to "revisit that decision," but insisted that "this is part of who we are. The flag represents -- to some people -- the Civil War, and that was the symbol of one side."

He acknowledged, though, that "to others, it's a racist symbol, and it's been used by people in a racist way." But, he added, "the problems we're having in South Carolina and around the world aren't because of a symbol, but because of what's in people's hearts."

Graham did not address whether what was in the hearts of those who wish to fly the flag is racism, but that should come as no surprise, given that he is one a growing number of GOP presidential candidates who refuse to believe that racism is a topic worthy of discussing, even after an avowed white supremacist murdered nine people in a historically black church.