Of course Richard Dawkins comes to Tim Hunt's defense: Protesting sexism isn't a "baying witch-hunt," except in his own mind 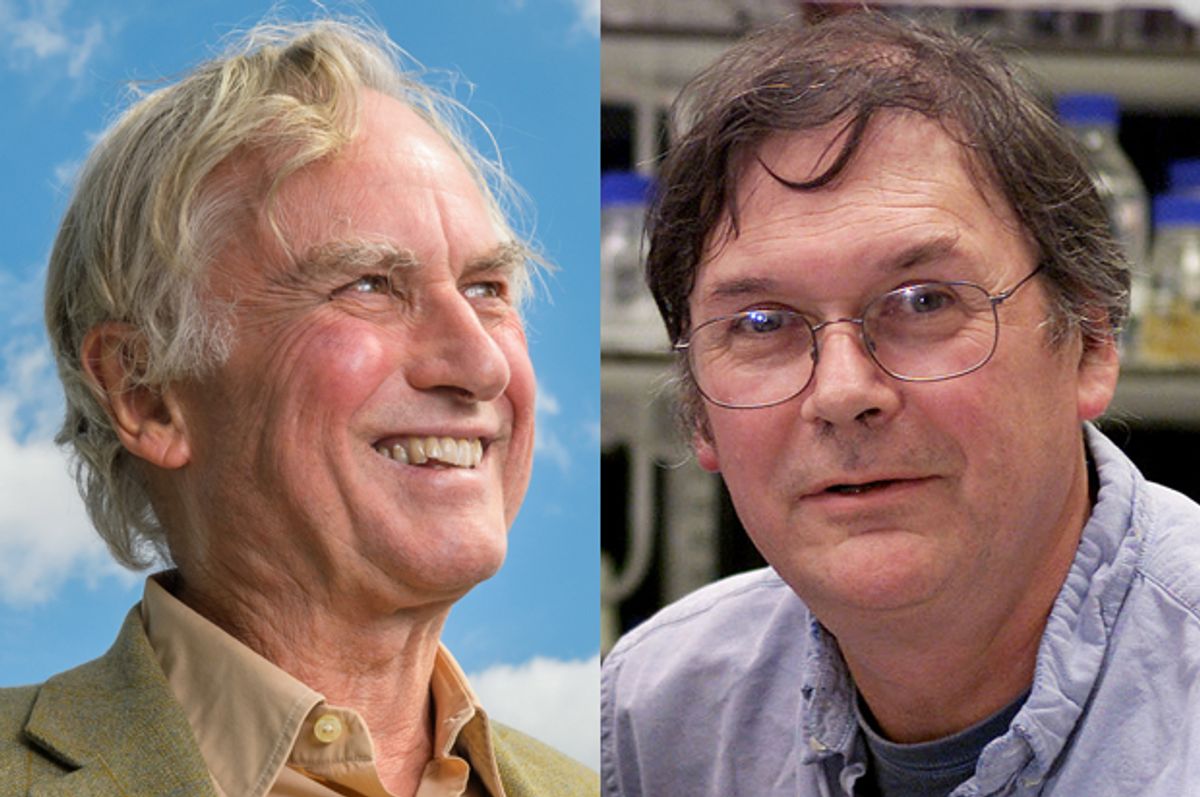 You'd probably been feeling that the Tim Hunt saga was missing something, some final piece of the puzzle to make a complete picture of white male entitlement. Aren't you kicking yourself for not guessing until now that what it was crying out for was some grousing from Richard Dawkins?

You remember Tim Hunt. Sure, maybe you already knew him as a respected British biochemist and Nobel prize winner. But chances are strong you first heard about him earlier this month, when, at the World Conference of Science Journalists, he decided he wanted to talk about "my trouble with girls." He went on to explain that "Three things happen when they are in the lab… you fall in love with them, they fall in love with you and when you criticize them, they cry."

Hunt later tried to walk back his remarks — at least a step or two — by clarifying that he'd meant the statement as a "light-hearted, ironic comment," but by then social media was having a field day, making #distractinglysexy a trending topic as women — and men — mocked the idea that science is too brawny for ladies. The 77 year-old Hunt soon resigned from his post at University College London, but went down swinging all the way, saying, "I had hoped to do a lot more to help promote science in this country and in Europe, but I cannot see how that can happen. I have become toxic. I have been hung to dry by academic institutes who have not even bothered to ask me for my side of affairs."

But others were quick to come to his defense — including noted scientist, atheist and cranky person Richard Dawkins, who took umbrage with the media outrage, calling it "cruel Schadenfreude" and asking, "Could we just lighten up on the witch-hunts? #ReinstateTimHunt."

And now Dawkins, who in recent years has not exactly helped the cause of enlightenment with pronouncements like, "Date rape is bad. Stranger rape at knifepoint is worse," has gone full white knight, in a letter to the Times in which he says, "Along with many others, I didn’t like Sir Tim Hunt’s joke, but 'disproportionate' would be a huge underestimate of the baying witch-hunt that it unleashed among our academic thought police: nothing less than a feeding frenzy of mob-rule self-righteousness." I think if you want to talk "disproportionate," he who smelled it dealt it, Mr. Baying Witch Hunt Thought Police Feeding Frenzy.

If you want to suggest that social media has a tendency toward overreaction, I will be the first to agree. If you want to say that there is an ugly element to online culture, one that enjoys tearing people down for the smallest infraction, I'm with you. And it's entirely likely that part of Hunt's post quip walk of shame has included some very out of proportion reactions.

That said, Tim Hunt didn't exactly help his case when he explained, "I did mean the part about having trouble with girls. It is true that people -- I have fallen in love with people in the lab and people in the lab have fallen in love with me and it's very disruptive to the science because it's terribly important that in a lab people are on a level playing field" — apparently unaware that office romance is not tantamount to a female threat. Nor did it help when he clarified, "It's terribly important that you can criticize people's ideas without criticizing them and if they burst into tears, it means that you tend to hold back from getting at the absolute truth."

And if you want to claim that a man was the victim of "feminist bullies," as the Daily Mail has, hang on a sec while I laugh and laugh and laugh. You see, ultimately, the main takeaway from Hunt's remark was a good-spirited outpouring of humorous tweets from women in science actually doing the work. It was Hunt who chose to open his mouth and say something dumb. It was Hunt who chose to double down on it. It was Dawkins who chose to leap into the fray with the phrase "witch hunt." So sorry, guys, there are no witches here. Just a few sad old dinosaurs.