"To the sensationalists, liars and race-baiters -- we are done with you": Louisville police union president pens despicable letter 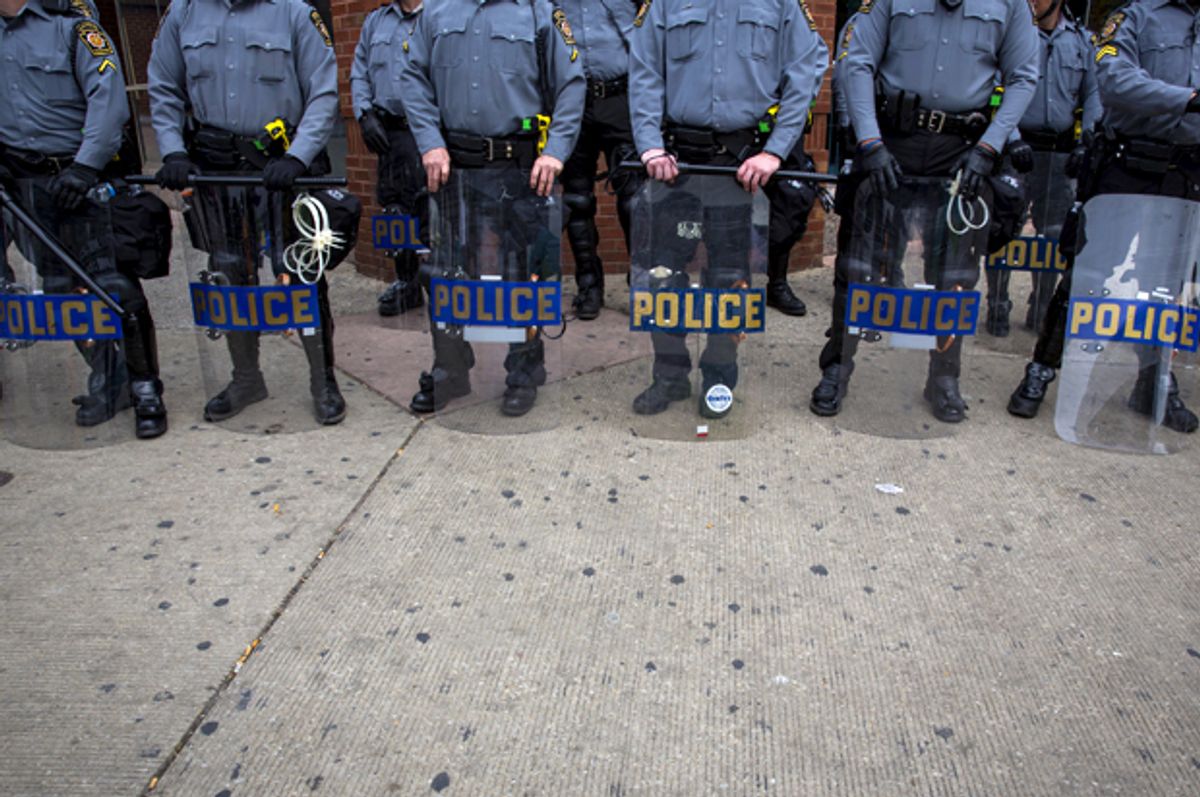 "Know this: The members of River City FOP Lodge 614, who serve and protect Louisville every day, will no longer stand on the sidelines while anyone continues to assault and demonize us," the letter read. "To the criminal element in our community -- we do not fear you. We are not your punching bag and we will not simply stand by and accept your verbal or physical assault."

To the sensationalists, liars and race-baiters -- we are done with you. At first it was good enough just to sit back and watch your ridiculous spectacle. No more. Now your rhetoric, lies and hate puts all of us, police officers and citizens alike, in danger. From now on we will call you out each and every time you tell a lie, twist the truth, or otherwise engage in vile behavior meant to push your selfish agendas... Your idiocy and lies are what caused the destruction in Ferguson and other cities around the country and we won't be tolerating that here.

Manyoun, 35, who came to the U.S. with the "Lost Boys of Sudan," was confronted by Officer Nathan Blanford for possibly assaulting a woman. According to reports, Manyoun grabbed a seven-foot-long flag pole and began hitting the patrol car with it. Blanford made the split-second decision to respond with his firearm, and shot Manyoun to death shortly after.

On Thursday evening, Louisville Mayor Greg Fischer responded to the letter: "Rather than incite anger and distrust between the police and the community, my administration will continue to work to build those critical relationships and the trust they create."