Cool it with the celebrations of the new $10 bill

We really couldn't feature a woman by herself? And what's Andrew Jackson still doing on the $20 bill, anyway? 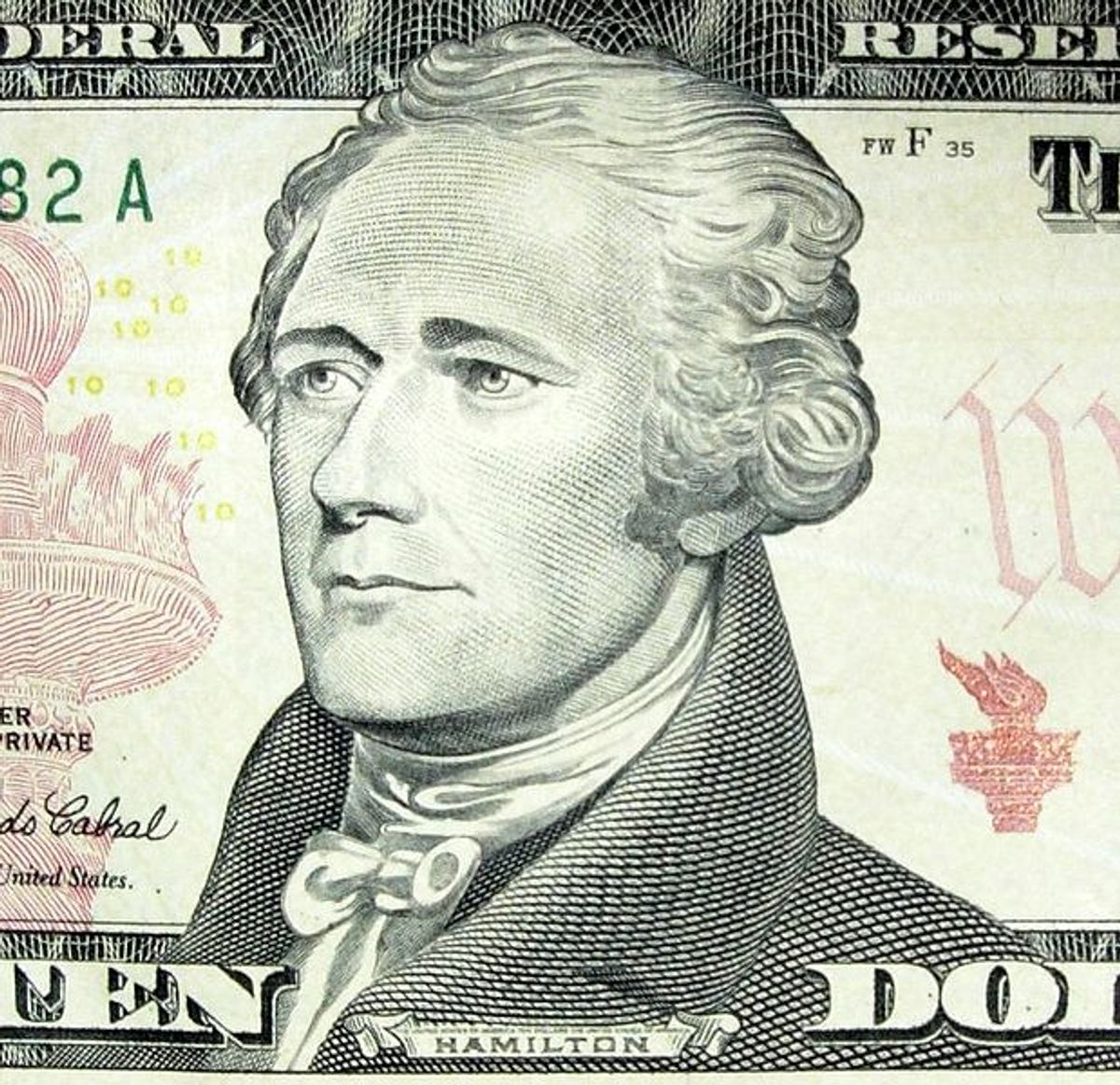 For the first time in more than a century a woman will feature on a US banknote.

The lucky woman — it hasn’t been decided who yet, but there's a listof worthy candidates including Harriet Tubman, Rosa Parks and Eleanor Roosevelt — will appear on the redesigned $10 bill, which now features the portrait of America's first treasury secretary, Alexander Hamilton. The bill will be released in 2020 to mark 100 years of female suffrage in the United States.

This should be something to celebrate, right? Not so fast. And here’s why.

When Treasury Secretary Jack Lew announced the “historic decision” on Wednesday, he indicated the “notable woman” would not be alone on the greenback.

That’s right, she will have to share the banknote with Hamilton. They'll either appear together in one design or the Treasury will design more than one version.

“It was personally very important to me to make sure that as we make this decision we continue to honor Alexander Hamilton who played such a formative role in the creation our country, the establishment of democracy as we know it and the principle of the soundness of our currency,” Lew told reporters.

Surely, the Treasury could dedicate one banknote to a woman?

But that’s not the only reason why we shouldn’t be cheering Lew’s announcement, says campaign group Women on 20s. They've been lobbying US President Barack Obama to replace Andrew Jackson, the seventh president of the United States, whose face now occupies the $20 bill, with a woman.

There’s a good reason why they chose the $20 note and not, say, the $50 bill, which carries the image of former President and Civil War Commander Ulysses S. Grant.

Jackson is especially remembered for signing and enforcing the Indian Removal Act in 1830, which drove Native Americans east of the Mississippi River off their traditional lands and led to thousands of men, women and children starving or freezing to death as they marched west on what became known as the "Trail of Tears."

As Jillian Keenan wrote in an article for Slate in 2014:

“Andrew Jackson engineered a genocide. He shouldn’t be on our currency.”

Yet the Treasury, in its wisdom, has decided to leave Jackson on the $20 bill and, instead, redesign the $10 note.

“With such a wide reach America’s currency makes a statement about who we are and what we stand for as a nation,” Lew said.

By that logic, couldn't it be argued the $20 bill makes a statement to the world that the US stands for, among many other things, racist genocide?

If all that still isn't enough for you to put the champagne back on ice, then consider this.

Quite a few countries around the world already honor women on their banknotes. And they've been doing it for years.

Australia, Sweden, Argentina, Britain, Turkey, Mexico, Norway, the Philippines and even Syria have at least one banknote featuring the portrait of an important woman. Australia has a woman on every banknote.

That’s not to say these countries shouldn’t dedicate more bills to women or that they have an impressive track record on women's rights in general, but it does highlight the fact that the United States has one of the most sexist paper currencies in the world.

And making a woman share a banknote with a man will not even the score.