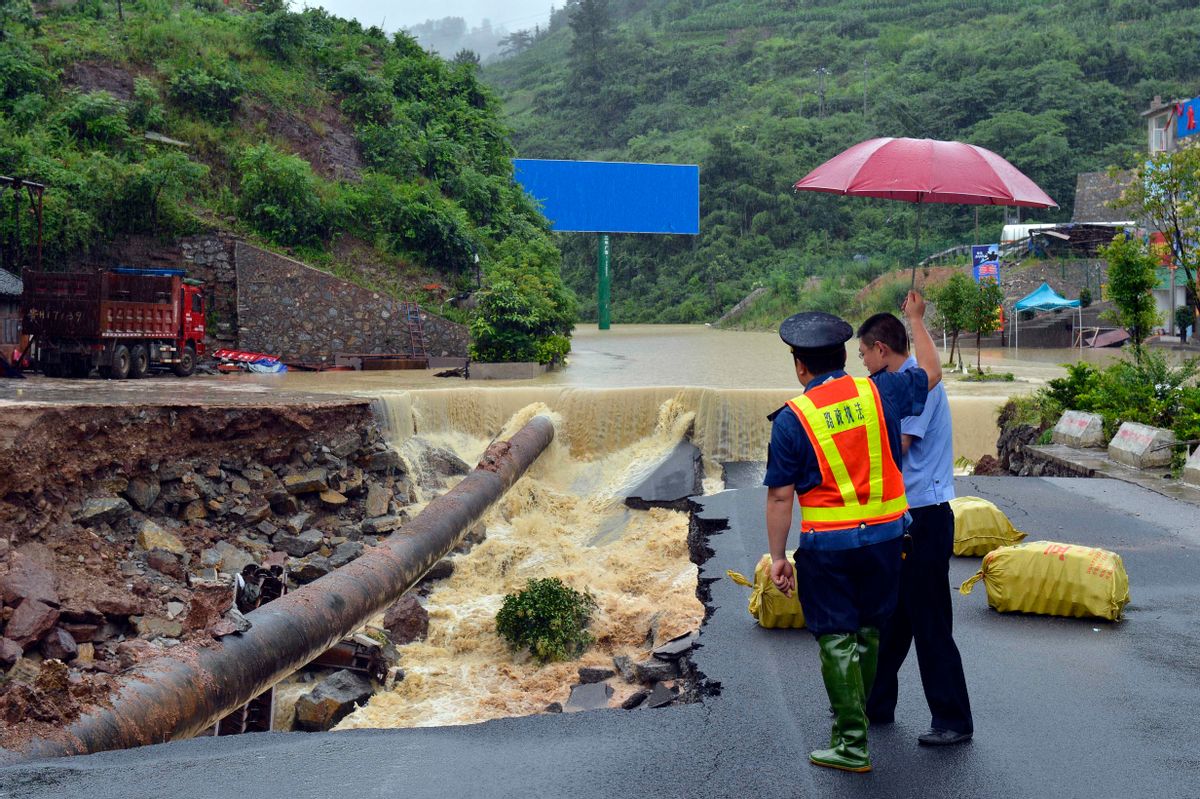 In this Thursday, June 18, 2015 photo, government officials look at a road that collapsed due to flooding in Kaili city in southwestern China's Guizhou province. Heavy storms that swept through several southern Chinese provinces this past week have killed 18 people and left four more missing, according to the Ministry of Civil Affairs. (Chinatopix Via AP) CHINA OUT (AP)
--

The storms have dumped more than 20 centimeters (nearly 8 inches) of rainfall in 48 hours on some towns, toppled thousands of homes, and dislocated tens of thousands of residents, the Ministry of Civil Affairs said Friday.

The deaths were caused by house collapses, landslides, drowning or lightning.

In the neighboring province of Hunan, the storms affected 527,000 people.

Another five people were reported dead in the municipality of Chongqing. Guizhou province reported two deaths, and one person died in Anhui province.

Authorities were also trying to dispose of nearly 17,000 pigs that drowned in heavy rain in the southwestern region of Guangxi.

The official Xinhua News Agency on Saturday said foul smell permeated the air at a hog farm where the animals died nearly a week ago in a rain that dumped 39 centimeters (15 inches) in 20 hours on the village of Liuye.