"A master of triangulation" or a bold leader? Twitter divided after Nikki Haley backs removal of Confederate flag 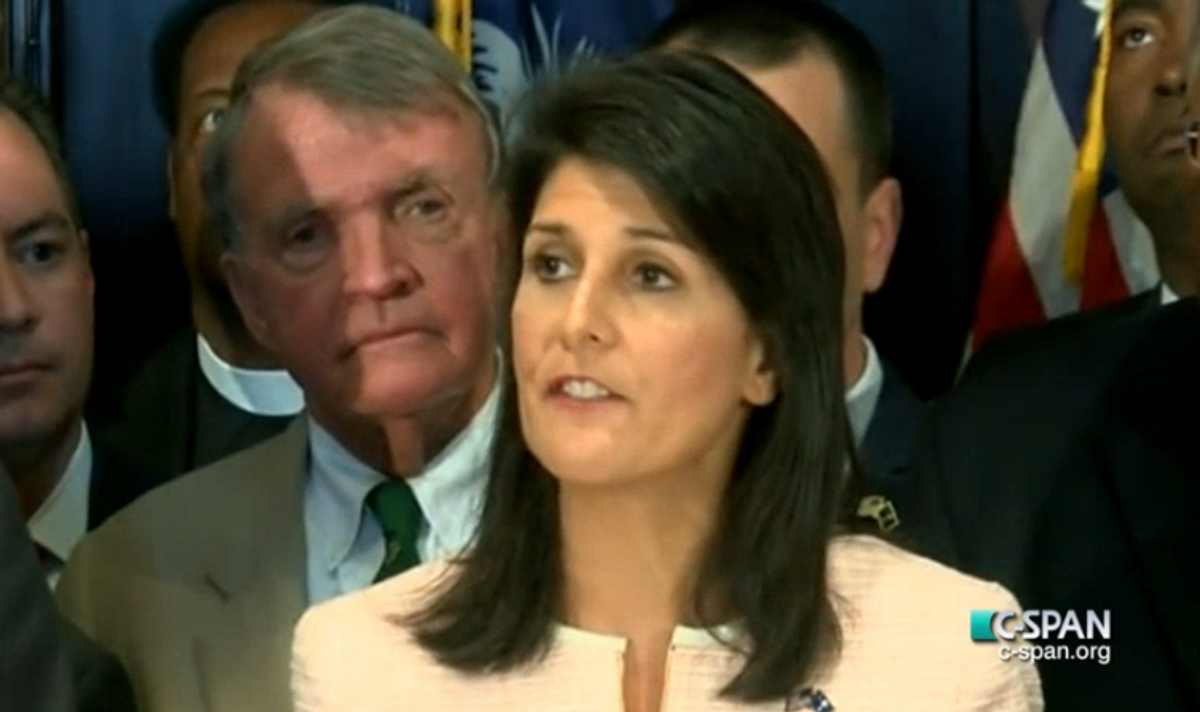 After some initial hesitation, South Carolina Republican Governor Nikki Haley called for the removal of the Confederate Flag from State House grounds today.

"It's time to move the flag from capitol grounds," Haley said at a press conference at the state capitol.

"For those who wish to respect the flag on private property, no one will stand in your way. But the state house is different. The events this past week call on us to look at this in a different way," she explained.

Flanked by members of the state legislature, Charleston Mayor Joe Riley (D), and U.S. Sens. Lindsey Graham (R) and Tim Scott (R), as well as U.S. Reps. Jim Clyburn (D) and Mark Sanford (R), Haley denounced the government sanctioning of the the Confederate Flag,  saying, “The fact that it causes so (much) pain is enough to move it from the Capitol grounds. It is, after all, a Capitol that belongs to all of us."

Most notably, skeptics pointed to the political expediency of the move:

Still, others welcomed the gesture, including The Atlantic’s Ta-Nehsi Coates who called for the flag’s removal last week:

And some pathetic conservatives were left to complain of liberals and mainstream media bullies creating a slippery slope to censorship:

But most interesting to watch were the 2016 Republicans hopefuls who rushed to follow Haley’s lead today after absolving themselves of any responsibility to weigh in on the issues following the heinous attacks by self-avowed white supremacist Dylann Roof last week:

And then there was this confused and contoured mess from former Texas Governor Rick Perry, seemingly applauding Haley's move while invoking "state's rights" to defend the flying of the flag: