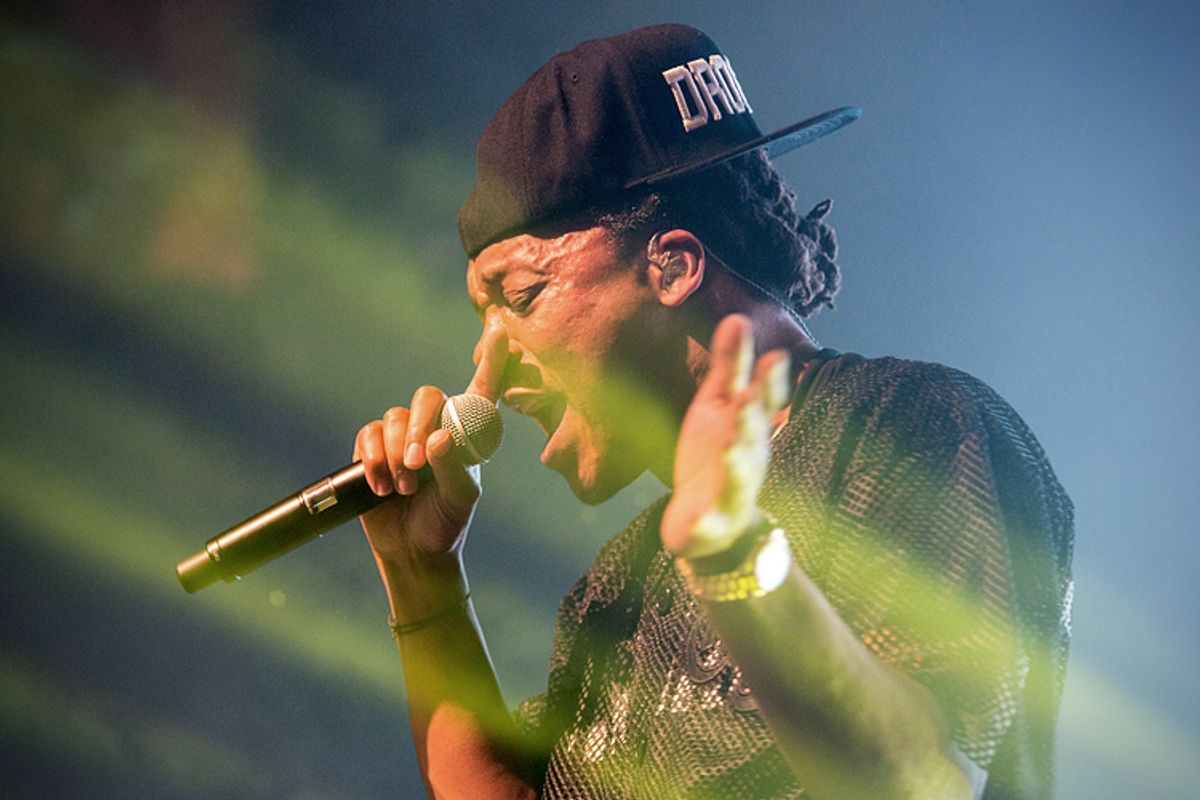 Addressing the piece “Dear White Supremacy,” the Chicago-based musician launched into an emotional screed about race in America, mixing earnest emotion with sharp irony to tear down notions of white superiority.

He further expands on this notion of "regular":

"White Supremacy is a lie white regularists tell to themselves in hopes that they can get a one way ticket to the top and hope we other colors overhear it. Here's the bad news, ain't no top. Here's the good news though, ain't no bottom neither! It's just the regular ole middle where nobody is safe from being influenced by somebody else's extreme regularness. Is your swastika flag printed in Mexico? Did you know the swastika is originally from Asia and the subcontinent? Did you know black people had slaves in Africa too? Did you know in the world your considered a minority too?"