The conservative network's primetime personality sounds off on Stewart, the Duggars, and 2016 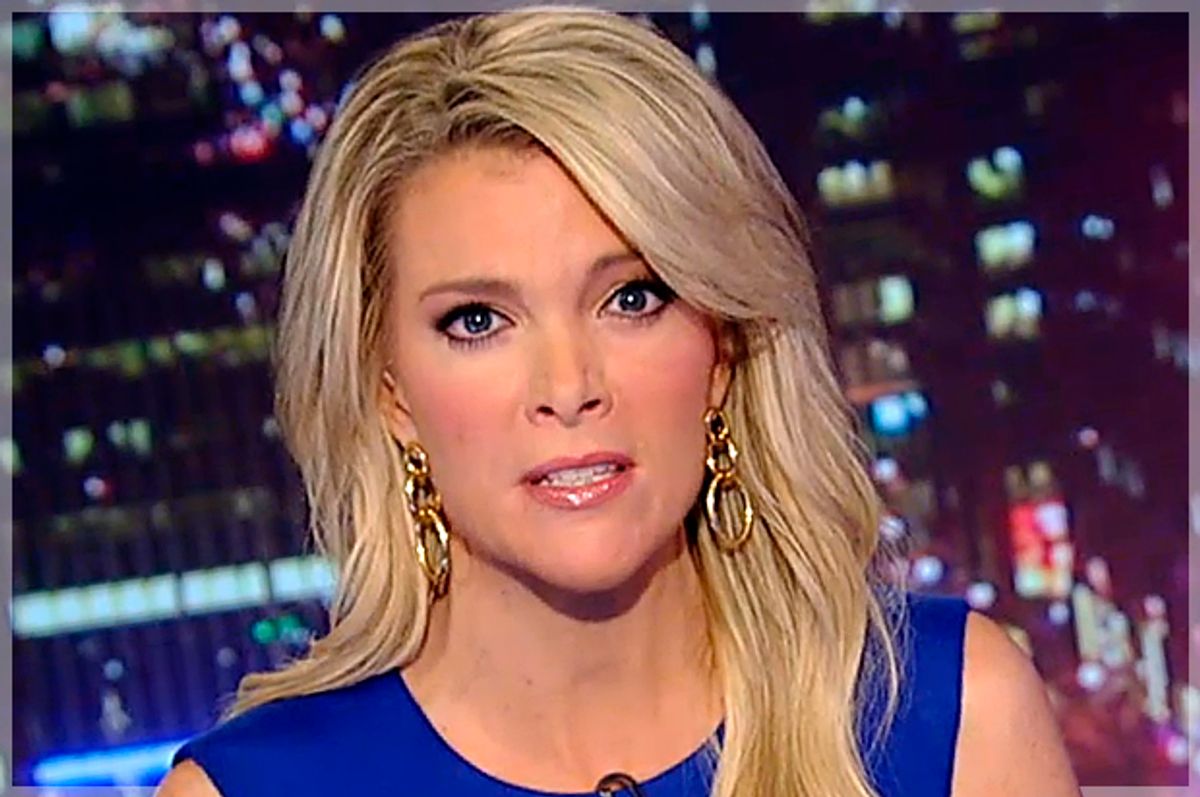 Variety is out with a new profile on Fox News Channel's second highest rated anchor, Megyn Kelly. While the piece mostly glosses over Kelly's long history of controversial statements (White Santa, the New Black Panther Party flop) to claim she "is bucking the conventional wisdom of what it means to be a Fox News anchor," deeming her the "new star" of the Rupert Murdoch-owned cable outlet, there are some interesting tidbits.

Kelly told Variety that she had never watched an episode of the TLC hit before her June two-part interview with the Christian fundamentalist family. Kelly's softball interview with Duggars was panned for allowing the family a platform to deflect attention from the actions of son, Josh, accused of molesting his sisters as a teen, and parents Jim Bob and Michelle, who slow-walked turning Josh over to authorities, in order to lash out at mainstream media for unfairly focusing on the reality TV stars.

She thinks she can be the next Barbara Walters, Oprah

Looking at the ratings success of her Duggar interview (it pulled in 3 million viewers) Kelly noted a particular void in the media landscape. Remarking on her interest in producing more sit-down interviews, Kelly noted that “Barbara Walters has retired ... Diane Sawyer left her anchor role. Oprah has moved to the OWN network and is doing a different thing now. So why not me?”

Bonus: Charlie Rose is apparently an old friend and thinks Kelly would be a great long-form interviewer.

Asked wether she'd make the jump back to daytime and into the interviewer's chair as both Oprah and Barbara Walters had done, Kelly said, “I’d have to see what’s available ... Daytime TV has changed a lot since the Oprah days. Right now I like the venue I’m in. I like the boss I have. I want to keep working for this boss and place.”

“My goal is not to be ‘Entertainment Tonight,’ with all due respect to ‘Entertainment Tonight,’" she explained, although she named Kim Kardashian as her choice interview: “I want to know if she’s a force for good or evil. I had someone make the argument that she’s voluptuous, and maybe sending the message to young girls that you don’t have to be a stick figure to be desirable,” she says. “But I see the other argument too — it’s all enhanced, and you send the message that you need to surgically alter yourself to the point of shocking to be attractive to men.”

But before Kelly gets her hands on Kim, there's another (former) member of the Kardashian clan that she'd like to interview -- Caitlyn Jenner, who has yet to give a televised interview since her Vanity Fair debut.

Kelly credits her supposedly neutral ideology with making her a successful journalist: “I have voted for both Democrats and Republicans ... I’m an independent.”

“I’m not rooting for anybody,” she explained. “I’m a Fox News anchor, and I have no horse in the race. I can give anyone a hard time.” Kelly claimed no particular fondness for politics, “I don’t feel passionately about politics ... I’m not a political person. Is it easy for me to get fired up about someone’s position on climate change? No, it’s not. On most of these issues, I can see both sides.”

When asked if she considers herself a journalist or a personality liker her primetime partners Bill O'Reilly and Sean Hannity, Kelly said, “I don’t really separate the two. I just think of myself as Megyn Kelly — broadcaster. You can do both.”

And Kelly fiercely denied the partisan slant her network has become widely known for, saying, “when Roger Ailes hired me, he knew I was the daughter of a college professor and a nurse. There was nothing in this resume that would telegraph she’s a secret conservative.”

Ailes defended Kelly's  handling of the Duggar interview. The people who criticized the interview obviously didn’t like the Duggars, and so they wanted her to be tougher on them, but tougher how?” Ailes said. “She asked every question that had to be asked.“

Jon Stewart once made her cry but she's since stopped watching

Kelly mentioned that an 11-minute clip of Comedy Central's Jon Stewart blasting her reporting (perhaps this 2010 segment excoriating Kelly's reckless Obamacare coverage) made her cry early in her time at Fox News. “When you’re young and just starting, you think, ‘Oh gosh, how much power does he have? Is he going to hurt me?’” Kelly wondered.

“Frankly, I really no longer listen to Jon Stewart. I think we’ve stood the test of time,” she added.

Her her TV idol is “Judge Judy”

Kelly is said to emulate the the reality star and courtroom judge on her Fox News show The Kelly File.

She once killed 21 mice over the course of one year

Kelly boasted of removing the carcasses herself from her rat-infested Maryland apartment years ago while working as a weekend reporter at Washington,D.C.'s WJLA-TV.