Richard Fowler and Erick Erickson's conversation about race addressed every subject except for, well, race 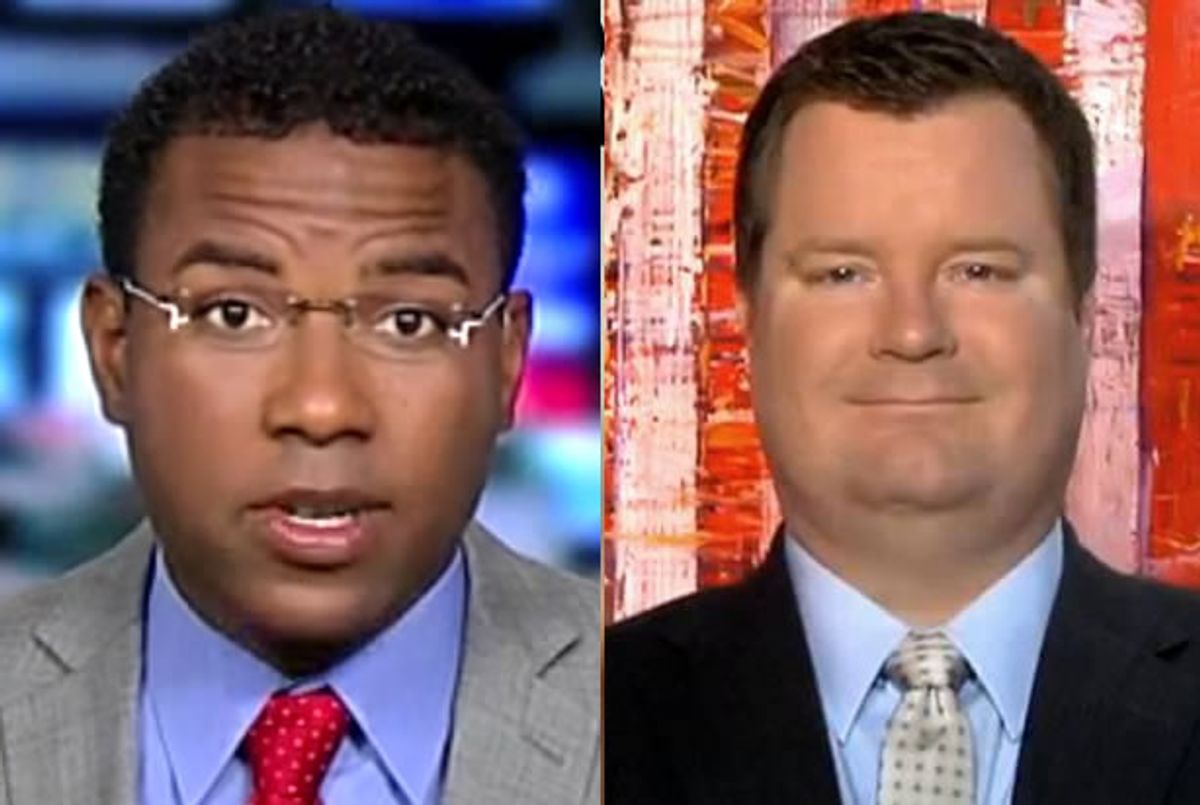 On "Fox & Friends" Monday morning, host Steve Doocy spoke to Fox Contributor Erick Erickson and radio talk show host Richard Fowler about whether the whether racism is a mental health issue or just plain evil, and in so doing suggested that vast majority of Republicans couldn't be racist because they're neither mentally ill nor evil.

On Friday, Erickson published an essay in which he blamed the Charleston massacre on America's inability to confront the fact that certain people -- among them, Caitlyn Jenner -- are mentally ill, and should be called out as such.

“A society that looks at a 65 year old male Olympian and, with a straight face, declares him a her and ‘a new normal’ cannot have a conversation about mental health or evil because that society no longer distinguishes normal from crazy and evil from good,” he wrote.

Doocy bounced off that idea, asking Erickon and Fowler whether "the real problem with our culture [is] that we cannot label mental health as an issue because we have accepted too many 'eccentricities' as normal."

Erickson agreed, yet again equating transgender identity with evil, saying that "we can no longer label mental health issues, we can no longer label evil as 'evil' -- we try to explain around that and immediately move to the political solution." Erickson's rearguard action on behalf of Republican presidential contenders -- if questions of mental health and evil shouldn't be politicized, after all, they surely shouldn't be asked of potential GOP nominees -- drew praise from both Doocy and Fowler, who said that Americans "need to have a conversation about how we deal with this form of racism."

By distinguishing between "this form of racism" and what is, presumably, a more socially acceptable form of racism, Fowler was attempting to shift the conversation about race into a less practical, more theoretical discourse -- and Erickson was more than happy to join him in deflecting the conversation away from the ideology of the Republican base.

Doocy, Erickson, and Fowler all agreed that Dylann Roof was a racist and a terrorist, and that he likely isn't mentally ill -- which means the conversation should turn to the nature of evil, not racism. "Everyone wants to talk about 'valid life choices,'" Erickson said, "but there are some choices in life that aren't valid, and he made a very bad, not valid choice."

Fowler did conclude by noting that race is an issue, and that it needs to be confronted now as it was in the 1960s. But if this conversation is an indication of how race will be treated on Fox News -- sublimated into philosophically grandiose discussions about the "nature of evil" -- those who seek to engage the issue will no doubt be disappointed with the outcome.