The Jam's Paul Weller on the music industry today: "I can’t think of any other job or art form where people don’t get paid for what they do"

Salon talks to the Modfather about politics, inequality, his time with the Jam and his new album 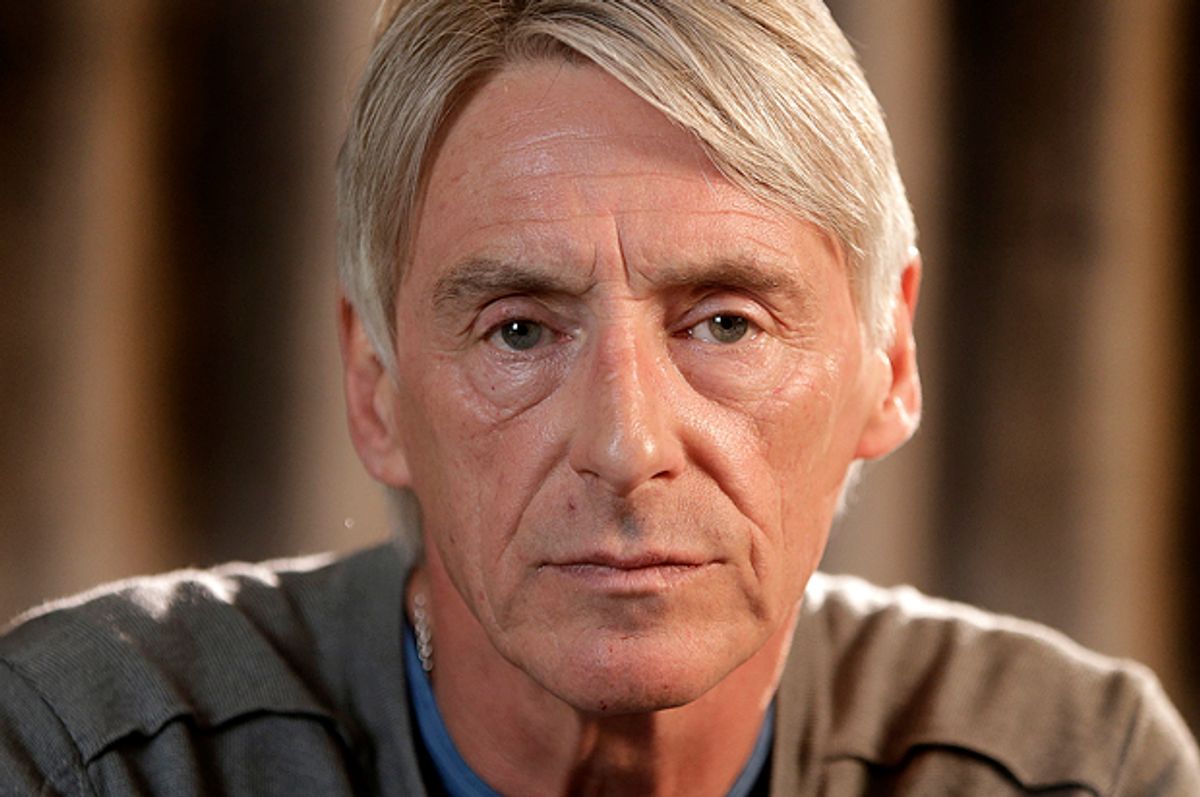 Paul Weller is a popular, much decorated solo star in the United Kingdom and regularly shows up on the cover of Mojo and other smart British magazines for his recent work. But for many, he’ll always be the singer, guitarist and main songwriter for the Jam, the mod revivalists and punk-rock band that lasted from 1976 to ’82 and helped bring British rock back to guitars, craftsmanship and tight, ‘60s-influenced songs. (When Weller broke up the band, he formed the Style Council, an R&B-and-cappuccino kind of group that moved in a very different direction.)

Weller is known for digging what he’s up to at the time and refusing to look back. He continues to love old music but is neither a Luddite nor a nostalgist. That’s part of the reason it’s startling to hear him saying that today’s musical and economic climate is so tough on young bands that if they were coming up today, the Jam would never have lasted long enough to make its third record, “All Mod Cons,” which marked the beginning of the band’s mature state. In fact, that and the two that followed – “Setting Sons” and “Sound Affects” – are as close as any band has come to matching the consecutive triumphs of the Beatles and Bob Dylan.

The Modfather is currently touring behind his new album, “Saturns Patterns.” Salon caught up with him around the time of his sound check in Chicago.

Your new record is expansive and forceful, with some psychedelia, some soul, some love songs … What kind of style or sound were you going for with this one, and did it change much as you went along?

It evolved as we worked on it, really. Once I got the band and the producer, I wanted a big drum sound and more grooves. We just let it go along. I had two or three books of songs I’d been working on for a few years.

I wanted something different, but didn’t know what it was until I heard it.

What kinds of guitars and amps are you using these days?

On this record I used a lot of new guitars – Gibson guitars, a Danelectro, and a Vox Teardrop. I used them mainly because I wasn’t familiar with them. When you pick up a new guitar, you play differently.

Then for amps, usually a Marshall combo.

Politics and social class were an important part of your early music – does that stuff still matter to you?

Social class and inequality do matter. But writing about politics … anything I write will be the same thing I wrote 40 years ago.  A lot of the problems in the U.K. are the same as they’ve ever been. It’s just more corporate.

Whenever there’s an economic crisis, the people on the lowest rung get hit harder. That’s f-cking universal, isn’t it?

The Tories won a big unexpected victory in Britain lately. Is this a new step backward, or the same old song?

It’s more of the same, really. I don’t know if it really makes any difference which party comes in. It’s just the system that’s sh-t. It’s about careerism.

Is it difficult to translate your political point of view into songs?

With politics, you need to find a new language for it. It comes to me or it doesn’t come to me. It’s like those political songs I wrote back in the ‘70s and ‘80s – they came naturally. Now I just enjoy the use of words, the rhythm of the words.

The instrumentation behind you has changed a lot over the years, but your singing style has been consistent for a long time now. Who are some of your favorite singers, new, old or whatever?

Of contemporary singers, Sam Smith I really like. Kelly Jones from the Stereophonics. Gruff Rhys from Super Furry Animals. And the singer from Vampire Weekend.

From the old day, there are so many … We’re in Chicago right now, so I’m thinking of Howlin’ Wolf and his original guitarist, Hubert Sumlin.

When I was a kid growing up, it was the black American soul and R&B singers, and the English singers like Steve Marriott who were imitating the black Americans. I still have the old stuff, I still really love it.

The music world has changed enormously since you started out in the ‘70s. Record stores used to be everywhere, record labels had a lot of people working for them, and albums routinely sold thousands, sometimes millions of copies. Is there any part of the old world you miss? And does anything seem better?

I miss the sense of magic and mystery. Everything is so instantaneous now. And so many “making of” shows and demo versions. I have bootlegs of Beatles records with every take of “Strawberry Fields.”

I used to like the anticipation of a record coming out, having to go to the record shop to hear it.

I can’t think of any other job or art form where people don’t get paid for what they do.

But digital sounds is getting better. It was pretty flat and crappy a few years back. There's a bit more depth to it now.

The loss of record stores is a big change for music fans. Do you still go to them?

Every week if I can, when I’m back in London. I’ll go to Rough Trade and buy half a dozen things. Old stuff – old compilations – and new stuff, and I talk to the people who work there.

I’m of the generation that likes record shopping. I like the physical things, the artwork.

In England, there are a lot of vinyl shops cropping up, and a lot of the kids are into it. I have records from the ‘60s and ‘70s, they’re kind of scratchy but they sound great. The depth they used to have on those records – the depth on the low end.

But nothing stays the same, you’ve got to roll with it.

How else have things changed for musicians these days? Would you have been able – as a working-class kid from the edge of London – to break in now the way you did in the ‘70s?

It’s always been tough, but it’s much, much tougher.

It’s a bit of a fallacy to say, “Even if your records aren’t selling, you can make money playing live.” You have to get to a certain level [to break even]. If you’re playing clubs, you’re not making money.

It’s tough. Young bands really only get one shot – you make a few singles, or a record, and that’s it. If they don’t hit, they don’t get a chance to make their second record. You think of a lot of bands – like us [the Jam] – they didn’t get a hit until later. [In the current climate], we wouldn’t have gotten to make that third album [their commercial and stylistic breakthrough, “All Mod Cons”].

I’m grateful for that reason.

Your song “Burning Sky,” from the fourth Jam record, “Setting Sons,” is one of the best songs ever about the way economic pressures change people. What do you remember about writing it?

I remember there was a literary feel to that record. It was going to be a concept album about three friends who went different ways. I wrote five or six songs like that. But I got sort of f-cking bored and said, "I’ll just make a record."

At that point I was paying a lot of attention to my lyrics. That song started out as prose that I set to music.

If you had time to put on an album now – old or new -- what might you grab?

"A Love Supreme" by John Coltrane – I love that spiritual quality of it. And the Young Fathers [whose debut record is “Dead”] – three lads from Scotland.