Al Franken tells Jon Stewart his best joke yet: "There’s no one in the Senate that’s stupid"

The former "SNL" writer-performer rarely does late-night, but he agreed to stop by to deliver an important message 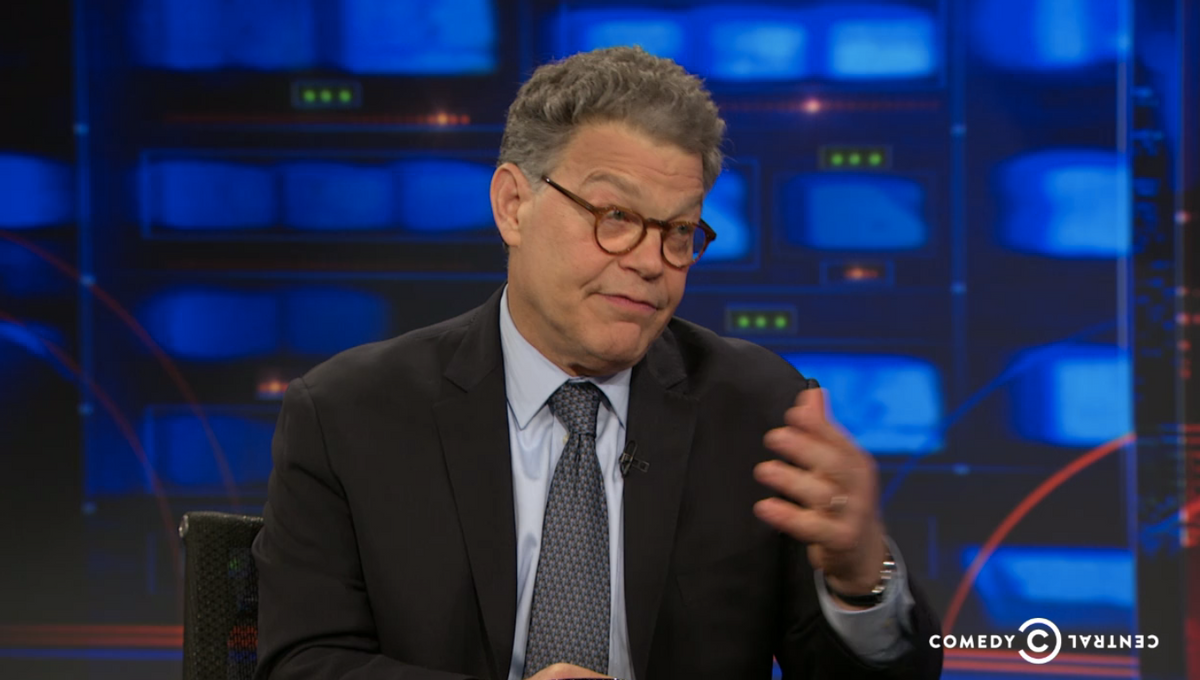 Senator (D-MN) and former "SNL" writer-performer Al Franken rarely does the late-night circuit, but he agreed to stop by "The Daily Show" Monday night in order to deliver an important message. Or, a good razzing, rather.

“Is this going to be anti-Semitic? Because I can take it,” Stewart asked as Franken explained that he "had something to say."

“You have taken this platform, and with the dint of your hard work, your judgment, your intellect, you have engaged a generation of young people in public policy, in politics – not enough to get them to vote, but enough to get some of them to a Rock the Vote party,” Franken said. “And those are fun parties.”

Franken, whose comedy days are clearly still not over, proceeded to tell Stewart that he was able to use his "SNL" background to win over some of his Republican colleagues. He pointed out that Sen. Johnny Isakson (R-GA), in particular, loved his bill that provided service dogs to combat veterans.

“It passed like two weeks after I got there, and a couple weeks later Johnny came up to me and said, ‘I’ve gotten such great reaction to this dog bill — anytime you want me to co-sponsor one of your bills, let me know,’” Franken said. “I said, ‘I have an abortion-on-demand gay marriage bill,’ and Johnny said, ‘I’ll get back to you.’ And you know what? He hasn’t.”

Stewart asked Franken point-blank if there were any "stupid people" in the Senate that he's encountered, pressing him to name those colleagues who dress themselves in the morning.

“I can name about 15,” Franken said. “There’s no one there that’s stupid – believe me. They all got there for some reason. People have different kinds of talents, and some – it takes a while to figure out what it is.”