"Because the Confederates fought hard" 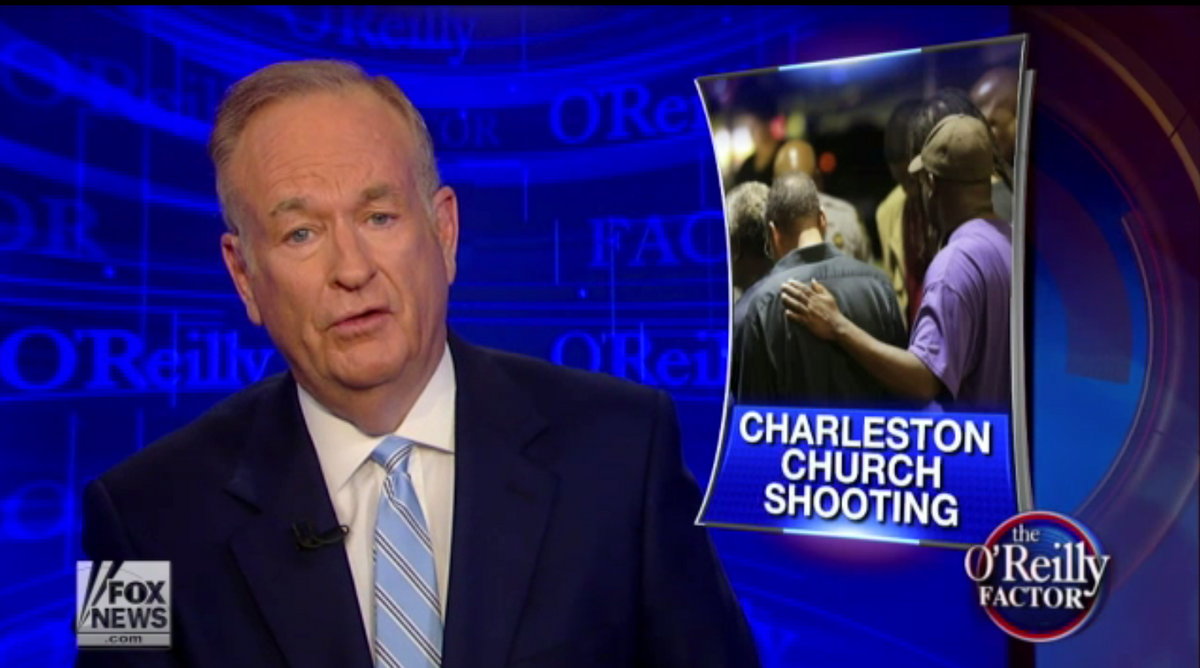 Bill O'Reilly's Fox News program "The O'Reilly Factor," is often a pulpit for whatever conservative talking points are in the conversation. While I generally disagree with them, I can often understand how others might not.

On Monday evening's program, however, O'Reilly reached peak contrarian when he attempted to argue that essentially because white supremacists are relatively rare, that racism doesn't exist.

Then, in the so-called spirit of representing each side to a debate, said that the Confederate flag was nothing more than a symbol of bravery in wartime.

"You say the Confederate flag is a symbol of hate, and you believe that," O'Reilly said. "For some other people who see it in a historical context, it represents bravery--"

"Oh, get out of town," Williams said.

"You know as well as I do that it represents to some bravery in the Civil War, because the Confederates fought hard--"

"That wasn't the confederate flag!"

"I mean you're right historically, but in their minds, that's what it represents. And in your mind it represents hate. And everybody should know what the two sides are believing."

Watch the video below, courtesy of Media Matters: