Honey, we lost the president!: Samuel L. Jackson as POTUS wandering the wilderness is just one reason you shouldn't skip the delightfully ludicrous "Big Game"

Jackson and a Finnish teen make a genial comedy duo in a low-budget blend of "Air Force One" and "E.T." 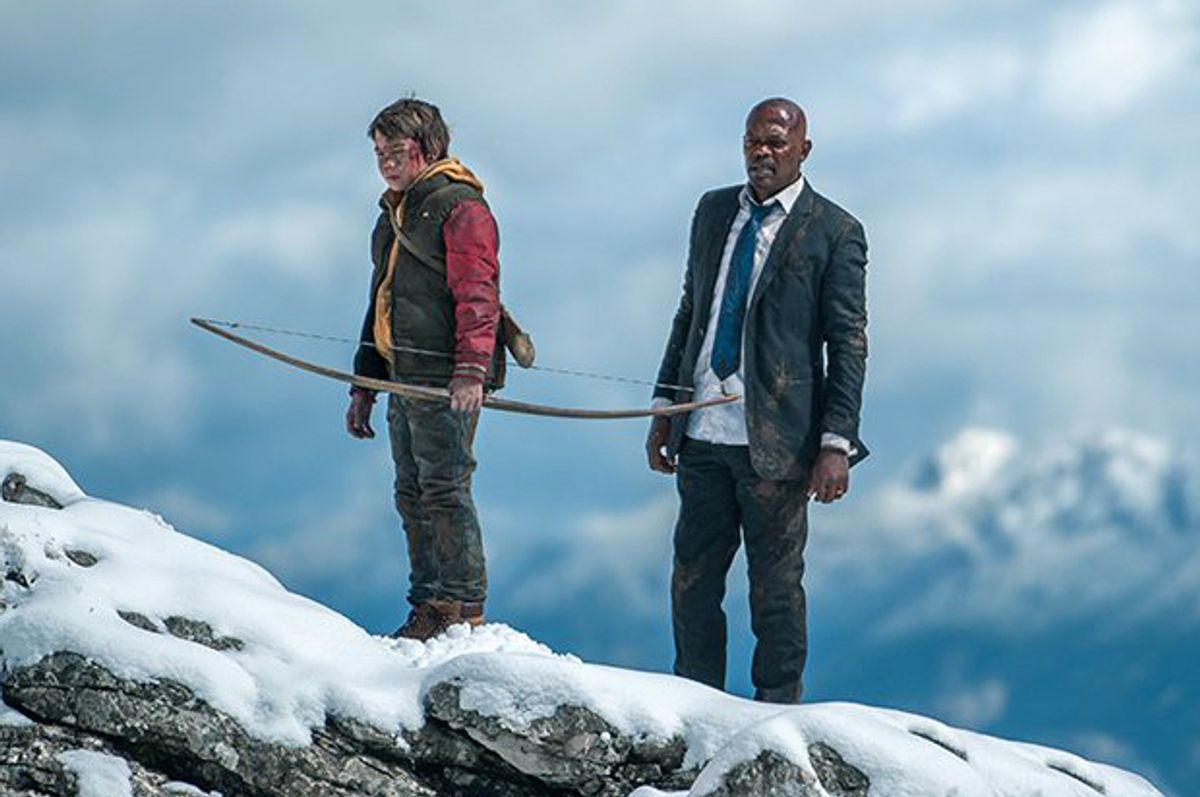 So there’s a movie called “Big Game” in which Samuel L. Jackson plays the president of the United States, paired up with a plucky teenage boy in the forests of Finland after Air Force One is shot down by terrorists. It’s entirely ludicrous but highly enjoyable, and if you haven’t heard about it that isn’t surprising, because “Big Game” is being hurried through theaters this week en route to a VOD future. I hadn’t heard of it either until my family vacation in Europe last month, where it was being heavily advertised on the London Tube and the Paris Metro. I said to myself: WTF? I guess I am really not paying attention to the Hollywood calendar the way I’m kind of supposed to.

That’s because “Big Game” is not a Hollywood movie; it’s equal parts ingenious contemporary scam and blast from the 1970s past, when every American hit movie spawned legions of low-budget European imitations. (Please stop me from spending the rest of the day watching YouTube trailers for obscure “Star Wars” knockoffs: “Starcrash”! “Star Odyssey”! “Message From Space”! “Battle Beyond the Stars,” starring Richard Thomas of “The Waltons” with special effects by the young James Cameron!) “Big Game” is the brainchild of Finnish writer-director Jalmari Helander, who was also responsible for the hilarious and genuinely scary Santa Claus horror movie “Rare Exports.” This movie is in a different register and is conspicuously calculated as a cash-grab, but traces of the same prankish spirit can be detected.

Shot in Germany with an English-speaking cast that includes Victor Garber as the vice president, Felicity Huffman as the CIA head and Jim Broadbent as a veteran anti-terrorist spook who sees all and knows all, “Big Game” bears a superficial resemblance to a Hollywood action-adventure spectacle, at maybe 10 percent of the cost. As I saw in London and Paris, the idea was to push it out widely with an ad campaign that suggested a production on the scale of “Air Force One” or “Olympus Has Fallen,” targeting European audiences who may be less aware of Jackson’s “Snakes on a Plane” penchant for playing any dumbass role in any dumbass movie, partly for the money and partly for the hell of it.

Given all that, I was highly prepared to tell you that “Big Game” was cynical garbage and that nobody involved gave a damn – but the thing is, that simply isn’t true. I mean, the effects are obviously cheap, the tangled (and recycled) terrorist plot eventually includes everyone in the known world and the inside of Air Force One looks like a conference room at the Munich Airport Hilton, which is probably what it is. But the sad truth is that I had more fun watching this goofy, unpretentious and faintly subversive adventure in which the most powerful country in the world is defeated by trackless Scandinavian wilderness than watching most of the factory-produced summer spectacles that labor to produce every emotion at once, and culminate every few minutes in a snickering, self-aware explosive orgasm.

Besides, Sam Jackson seems to have a pretty good time as President William Moore, a bearded, deliberative type with no aptitude for physical violence (until, of course, he needs to discover it), and when Jackson has a good time, we do too. For at least part of this movie, Jackson plays the star attraction in a riff on “E.T.,” asked by Finnish teenager Oskari (Onni Tommila) about what planet he comes from and whether he comes in peace, and then transported in the cargo area of an ATV, wrapped in a kid’s blanket. Oskari has been sent into the woods on his 13th birthday to prove his worth as a hunter, even though his dad (Jorma Tommila, who I believe actually is Onni’s father) and the rest of his community think he’s utterly useless. He and Moore make a genial comedy duo, at first nurturing each other in mingled bluster and terror, and then finding their inner manhood when the time comes to defeat, or at least to roll down a mountainside inside a meat freezer. You get the drift.

It would be stretching the point to call “Big Game” anti-American, but no Hollywood movie would make the leader of the free world, or his military and espionage team, look quite this hapless. Air Force One has been downed by a surface-to-air missile shot by Hazar (Mehmet Kurtulus), a mysterious Middle Eastern type with no evident connection to Islamic terrorism. As Broadbent’s super-spook immediately divines, back at the secret U.S. command bunker, Hazar had to have help inside the plane. While we don’t know right away what role veteran Secret Service agent Morris (Irish actor Ray Stevenson, employing a dreadful American accent that sometimes suggests “Nazi general” or “Count Dracula”) plays in all this, his behavior is, shall we say, enough to raise questions.

But Helander’s plot doesn’t make much sense and isn’t the point, at least when it comes to factual questions about exactly who wants to kill or capture the president and exactly why. If there is in fact a point to “Big Game,” it lies in the series of increasingly silly sight-gags, in the one-liners Jackson and the teenage Tommila deliver to each other and in the faint odor of self-mockery that permeates the entire production. Victor Garber, the TV and stage veteran who played the Canadian ambassador in “Argo” and George Moscone in “Milk,” is masterful as the deeply concerned vice president who leaves an almost imperceptible slime trail behind him. It goes without saying that Jackson’s wimp-president and his teenage protégé learn to kick ass, but the government of the United States of America generally comes off as a bunch of squabbling, heavily armed and not overly bright children.