Scott Walker and Mitt Romney have condemned its display in state capitals. The same can't be said for Mike Huckabee 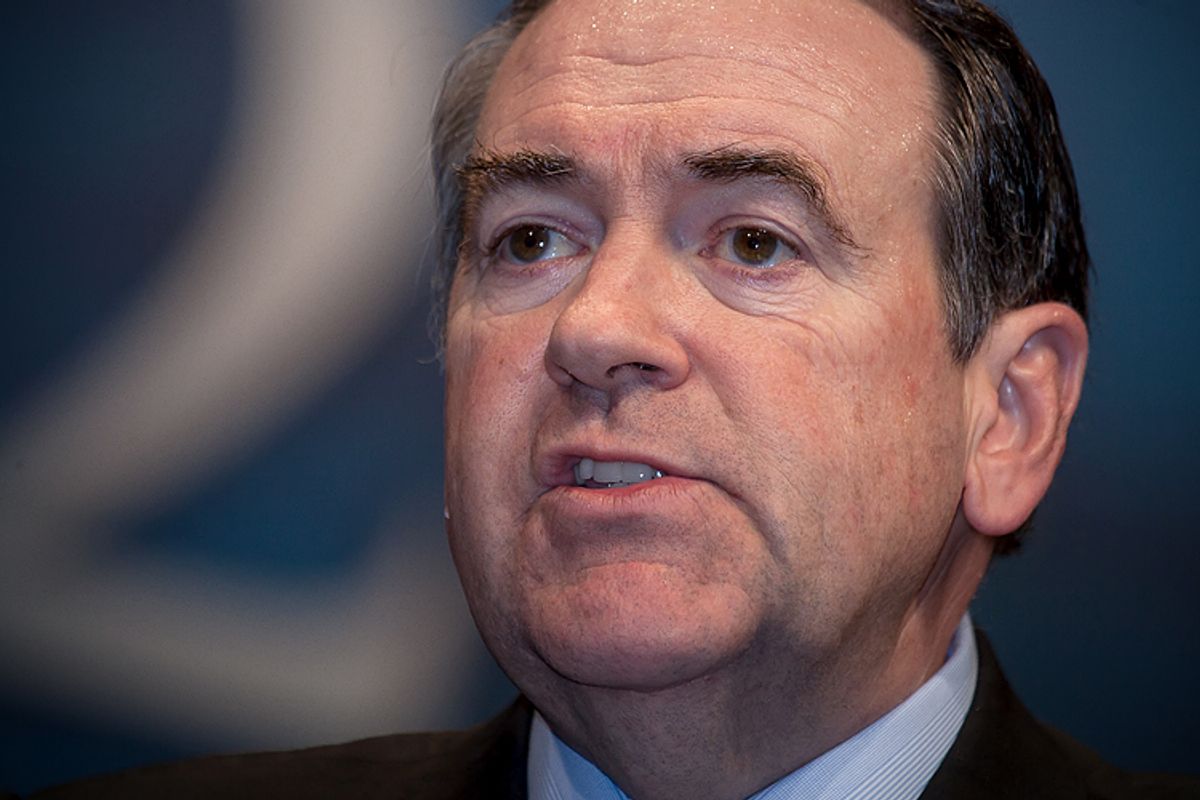 In the wake of the Charleston shootings, the Confederate flag has become a political issue once again. Prominent Republicans like Mitt Romney have taken stands against the flag, while South Carolina governor Nikki Haley has called for its removal. However, not all well-known GOP members have taken a definitive stand on the issue. Here are 5 GOP presidential candidates who have refused to call for the flag's removal so far. While some camps have refused to comment on the issue, all these individuals have attempted to justify their inaction.

The former Arkansas governor recently angered some of his base with controversial comments regarding the Duggar family, but he might have won a few back as a result of punting on the flag question. In fact, Huckabee doesn't think the flag is a big deal at all. On "Meet the Press" he said that presidential candidates shouldn't have to “weigh in on every little issue in all 50 states.” "It's not an issue for someone running for president," declared Huckabee. "Everyone's being baited with this question as if it has anything to do whatsoever with running for president." After Fox News host Ed Henry suggested that he punted on the issue, Huckabee insisted that he had not. "I don’t think the president of the United States need to be picking the symbols that fly on state capitol grounds, he said, "I didn’t punt, I didn’t squirm, I didn’t vacillate on it.” He then said that, since the decision had been made, he agreed with it but cautioned people against using the flag as a reason to have a conversation about this country's racial dynamics. "I keep hearing people saying we need more conversations about race,” said Huckabee, “Actually we don’t need more conversations. What we need is conversions because the reconciliations that changes people is not a racial reconciliation, it’s a spiritual reconciliation when people are reconciled to God.”

The Texas Senator sees the flag as something that goes beyond racial oppression. "I understand the passions that this debate evokes on both sides," said Cruz. "Both those who see a history of racial oppression and a history of slavery, which is the original sin of our nation. And we fought a bloody civil war to expunge that sin. But I also understand those who want to remember the sacrifices of their ancestors and the traditions of their states — not the racial oppression, but the historical traditions. And I think often this issue is used as a wedge to try to divide people."

Presidential hopeful Rick Santorum was asked what he thought about the flag controversy by ABC's Martha Raddatz and he responded, "I'm not a South Carolinian." When she asked him if he thought it had become an issue that transcends one state he replied, "I would say that these are decisions that should be made by people. I don’t think the federal government or federal candidates should be making decisions on everything, and opining on everything. This is a decision that needs to be made here in South Carolina."

Louisiana governor Bobby Jindal is expected to run for President in 2016. He thinks that the concerns about the Confederate Flag are comparable to the debates people have about gun control. During an interview with ABC, Jindal said, "Look, we'll let the states decide that. But again, just like with the gun issue, let's have that debate at the right time. I mean, right now, we should all be in mourning." He then steered the interview toward other topics.

The only African-American GOP candidate for President so far, Carson has resisted calling for a removal of the flag. "The Confederate flag causes a lot of people angst and they are not able to see beyond that," Carson told Fox News. "I think the people of South Carolina should sit down and have an intelligent discussion about what can they use that captures their heritage, captures the heritage of America and allows them to coexist in peace."