"[It was] not an unforeseen event that... without prompt medical attention, the injury would prove fatal" 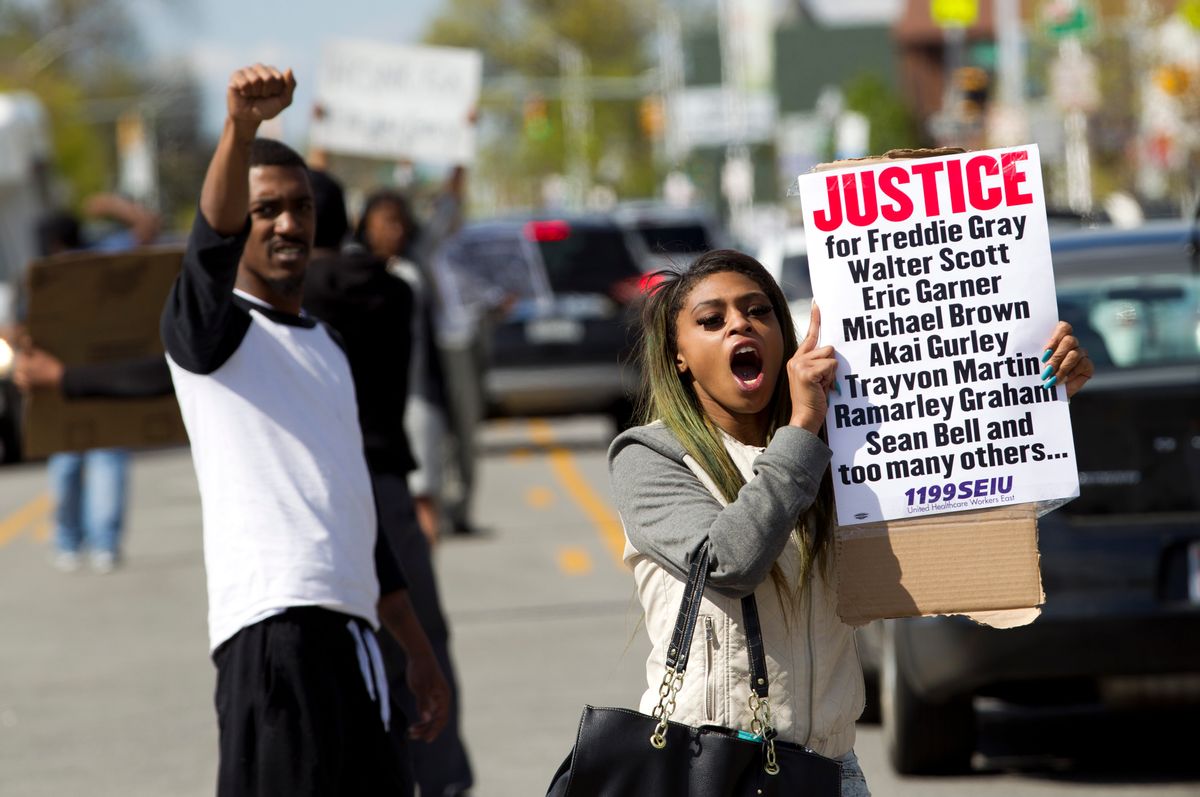 Caira Byrd hold support signs for Freddie Gray outside of Vaughn Greene Funeral Home, during his wake in Baltimore, Md., Sunday, April 26, 2015. Gray died from spinal injuries about a week after he was arrested and transported in a police van. (AP/Jose Luis Magana)
--

Freddie Gray died in police custody in Baltimore in April after sustaining a "high-energy" impact to his neck and spine, according to an autopsy report obtained by the Baltimore Sun. The injury was likely caused when the van he was in suddenly decelerated, and since the arresting officers did not follow proper safety procedures, the death can be ruled a homicide through "acts of omission".

In the report, Assistant Medical Examiner Carol H. Allan wrote that since Gray was in the van on his stomach, without any sort of safety restraint but with shackled wrists and ankles, it was "not an unforeseen event that a vulnerable individual was injured during operation of the vehicle, and that without prompt medical attention, the injury would prove fatal."

The medical examiner concluded that Gray's most significant injury was to the lower left part of his head. Given the descriptions of his demeanor and positioning in the van, it most likely occurred between the second and fourth stops made by the van driver, and possibly before the third stop, according to the autopsy.

While it's possible Gray was hurt while lying on the floor and moving back and forth, Allan determined that his body likely couldn't have moved in that position with enough force to cause his injuries.

State attorney Marilyn Mosby announced that charges would be filed against the six officers involved in Gray's death, ranging from murder to "second-degree depraved heart murder."

In response to the release of the autopsy, she said: "I strongly condemn anyone with access to trial evidence who has leaked information prior to the resolution of this case."