Except Haley isn't an immigrant 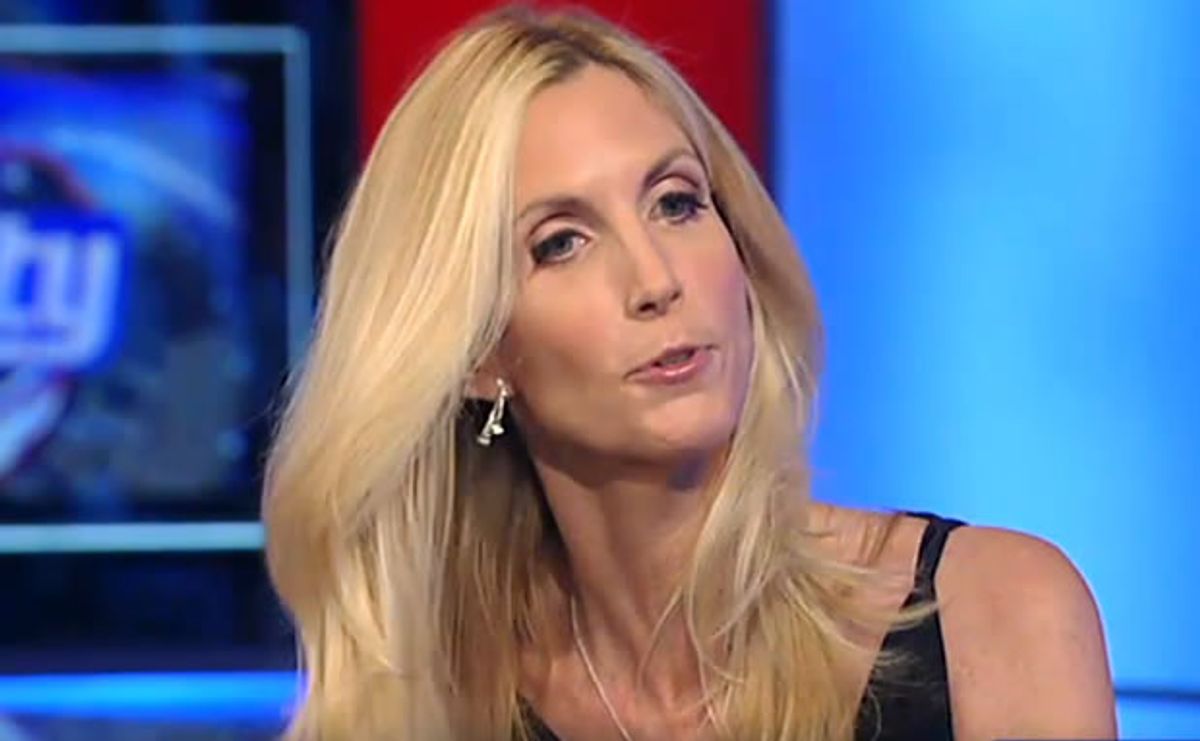 On Tuesday evening's edition of "Kennedy" on Fox Business, Ann Coulter explicitly said that she couldn't support South Carolina Gov. Nikki Haley and her call for the removal of the Confederate flag from the SC capitol because Haley is an immigrant. Even though she actually isn't.

"I'm a student of American history," said Coulter. "I would really like to like Nikki Haley since she is a Republican. On the other hand, she is an immigrant and does not understand America's history."

"Well, she doesn't. The Confederate flag we're talking about never flew over an official Confederate building. It was a battle flag. It is to honor Robert E. Lee. And anyone who knows the first thing about military history, knows that there is no greater army that ever took the field than the Confederate Army."

Not only is Coulter's logic bafflingly loony, but her primary (despicable) criticism of Haley is moot: the governor was born in Bamberg, South Carolina. She is not an immigrant.