It involves another iconic beverage ad 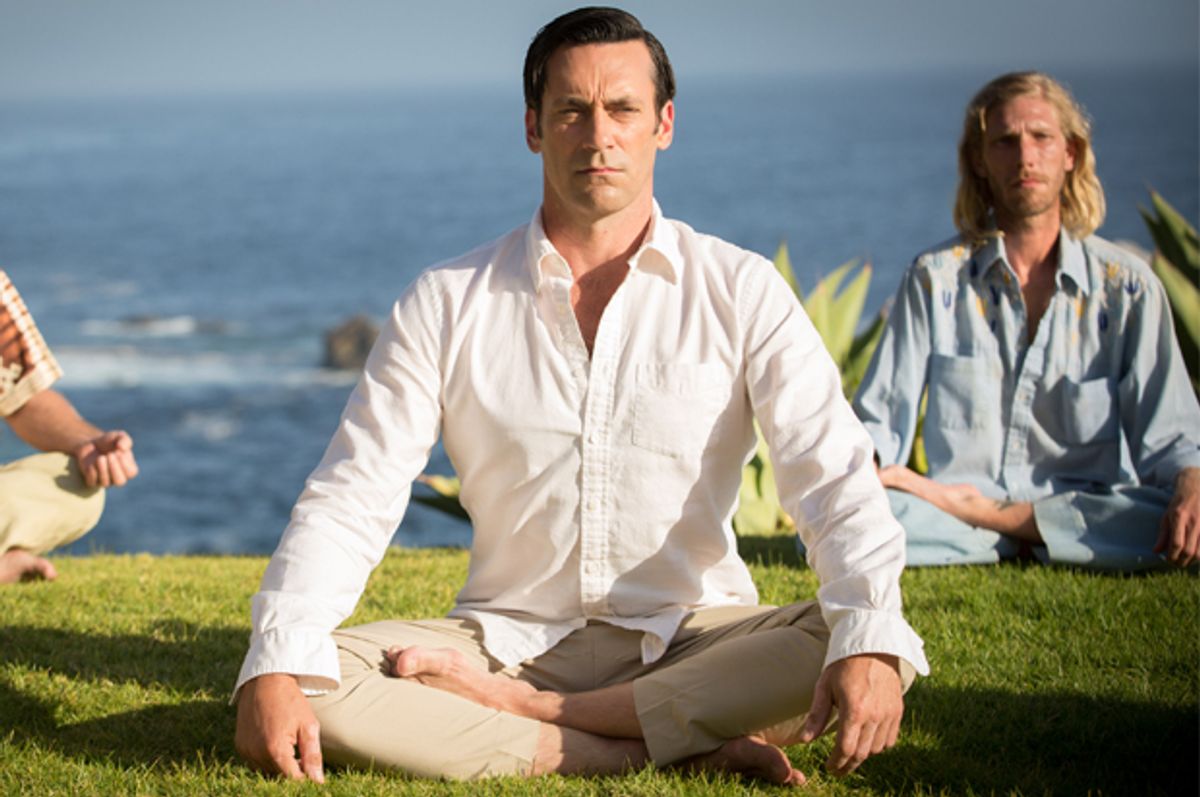 Appearing on "Jimmy Kimmel Live" last night, Jon Hamm dished some dirt in on “Mad Men’s” much-debated final segment, which cut from Don Draper meditating to Coca Cola’s 1971 “I’d Like to Buy the World a Coke” ad, seemingly implying that Don was the creative force behind the iconic campaign.

Hamm explained that the ending was long in the making, and while Matthew Weiner seized on the idea back in season four “there was a couple of years process of clearing that with Coca-Cola.”

Still, if that hadn’t worked out, they wouldn’t have been screwed. In fact, Hamm had a genius (read: terrible) idea of his own to share with Kimmel. "I was talking to a friend over the weekend and he pitched me the greatest joke for what another possible ending was,” Hamm explained. "As we push in on Don Draper and he's in this meditative state and he's thinking about all the things that are happening, he just opens his eyes and goes, 'Whaazzzuuuupp?!” Which would have been another way to go. So I'm really glad they didn't choose that particularly iconic ad campaign."

I see Don as more of a "Got Milk?" guy personally, but I'd buy it. Watch below: