Laverne Cox talks battling transphobia on "Orange is the New Black": "It’s an issue that cuts me to my core. This is my own history" 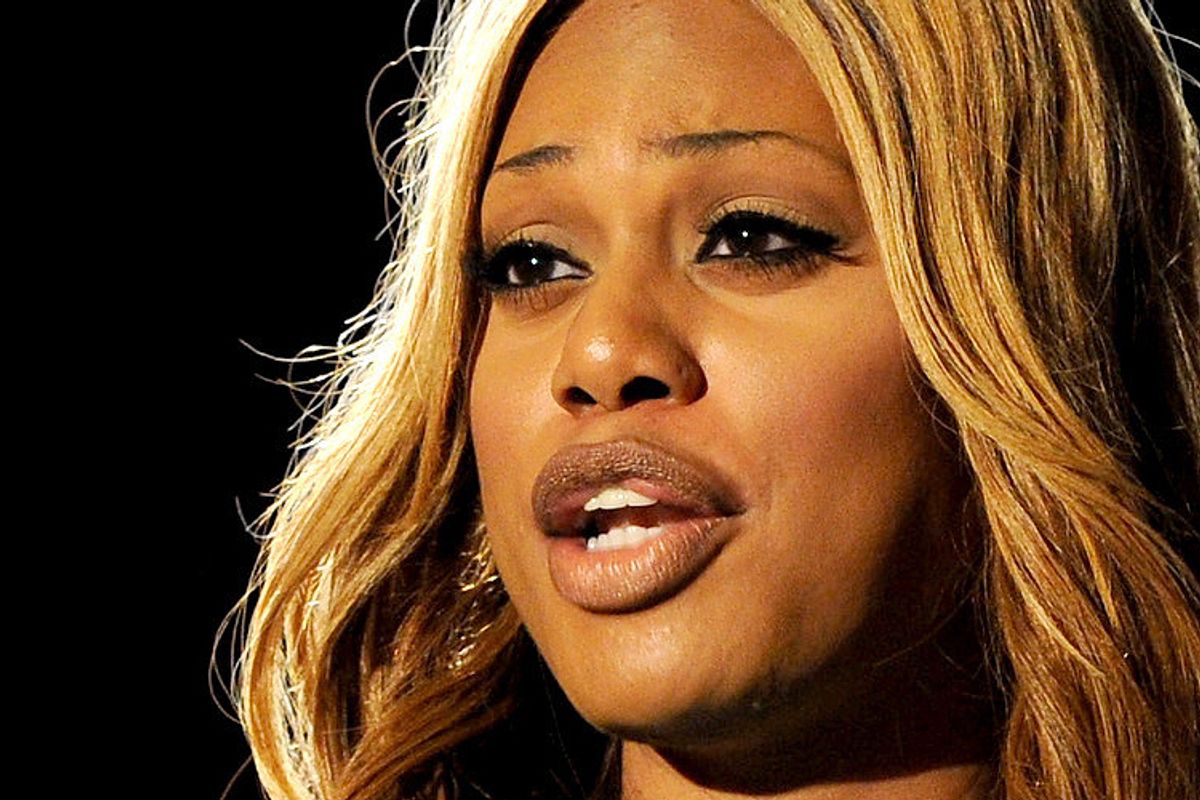 In season three of “Orange is the New Black,” Sophia Burset, a transgender inmate played by Laverne Cox, is forced to grapple with a violent outburst of transphobia among her fellow Litchfield inmates, which culminates in a violent hate crime and Sophia getting sent to solitary confinement “for her own protection.” It's a brutal and upsetting arc, and also a particularly relevant one given the emerging conversation about trans visibility and transphobia taking place in public discourse right now.

Vulture spoke to Cox, a transgender activist, about her arc this season, and she confessed that shooting it was a deeply personal experience for her. “When I read [the episode where Sophia gets attacked], I was just in tears," she said. "I bawled reading it because it was deeply triggering for me. Violence against trans people is something I talk a lot about; it’s an issue that cuts me to my core. This is my own history.”

Talking about the emotional scene where she confronts Caputo in his office, Cox describes filming it as out-of-body experience. “I knew immediately when I read it that it was bigger than me, and I knew I needed to draw on something that was bigger than me," she explained. "I was deeply guided by some other force that I can’t really describe… And I think something else needed to take over because, for me, Laverne, it was probably too difficult.”

“It was really hard to be in those circumstances knowing that so many trans people are fighting for their lives. Even speaking about the moment where Sophia is attacked and she’s fighting for her life, I can’t help but think of all the trans people all over the world who on a daily basis are fighting for our lives, to have a sense of dignity, and to survive. And the trauma associated with that is very real for me, and I can’t help but think about the collective trauma of our community as trans people and trans people of color. I was also raised in the AME church and [can't help but think about] what just happened in South Carolina, and the collective trauma we have as a nation around these incidents that consistently happen where we’ve created violence as a culture. As trans people of color, there’s so many different layers of that. So the trauma of that was just very real and raw for me.”

Cox said she felt Sophia’s storyline this season was particularly important because it depicts the reality that so many transgender inmates experience, including being placed in solitary for “protection” and trans women being put in men’s prisons. Cox told that Vulture that she is currently executive producing a documentary called "Free CeCe," about a transgender woman named CeCe McDonald who was incarcerated in a men’s iron and was place in solitary confinement on multiple occasions, ostensibly for her own protection. “So when the writers came up with this, it’s from reality," added Cox. "This is what happens to so many transgender people who are incarcerated every single day."

Read the rest of the interview over at Vulture.