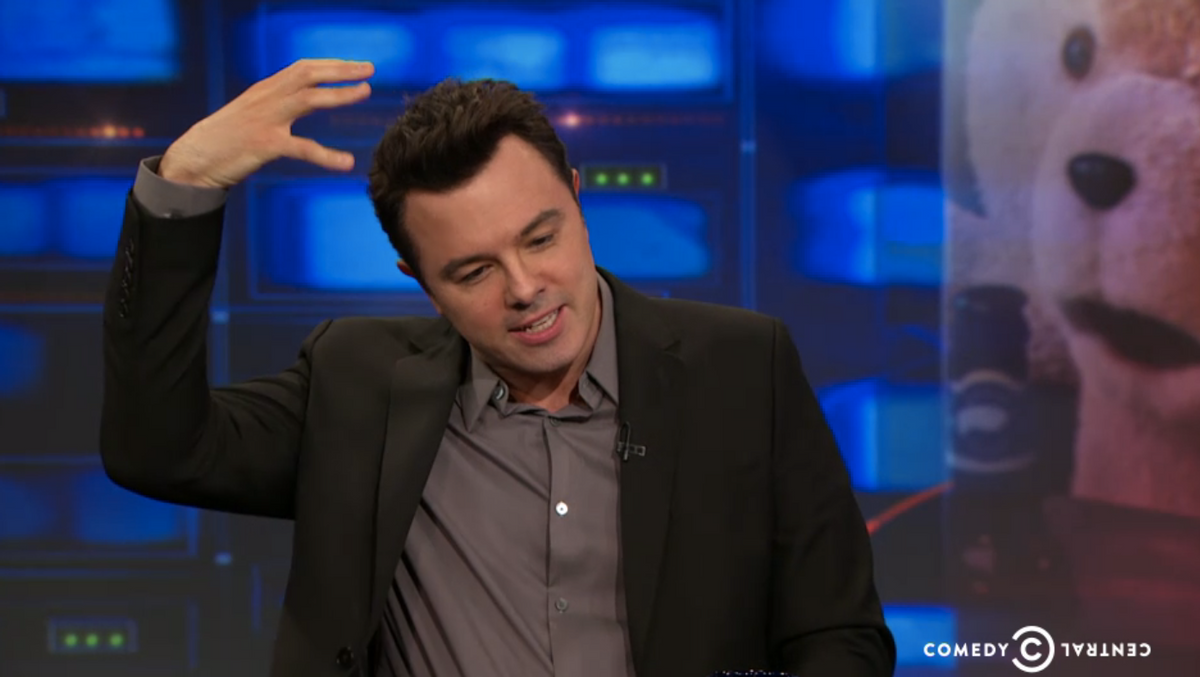 Grammy-nominated comedian and symphony enthusiast Seth MacFarlane may have just breathed new life into Donald Trump hair jokes. MacFarlane stopped by "The Daily Show" Tuesday night and, at the risk of coming off as a hacky comedian attempting a "Buttafuoco" joke, presented Jon Stewart with what he claimed was a new observation about Trump's hair.

"It's like something that's in mid-dissolve from one scene to another. Like, when George Lucas used to do the wipes in Star Wars. Up here is the next scene, and here is this scene," he motioned with his hands.

"The Daily Show" host was stunned. "It's like you just came up with a new twist on scrambled eggs," Stewart said.

"I may have smoked a lot of pot before I came on this show," MacFarlane explained.