The dude-humor master class of "Ted 2": Flashes of offbeat brilliance among the expected spank gags and deflated ball jokes

Mark Wahlberg reprises one of his most likable roles in this semi-charming, quasi-pointless sequel 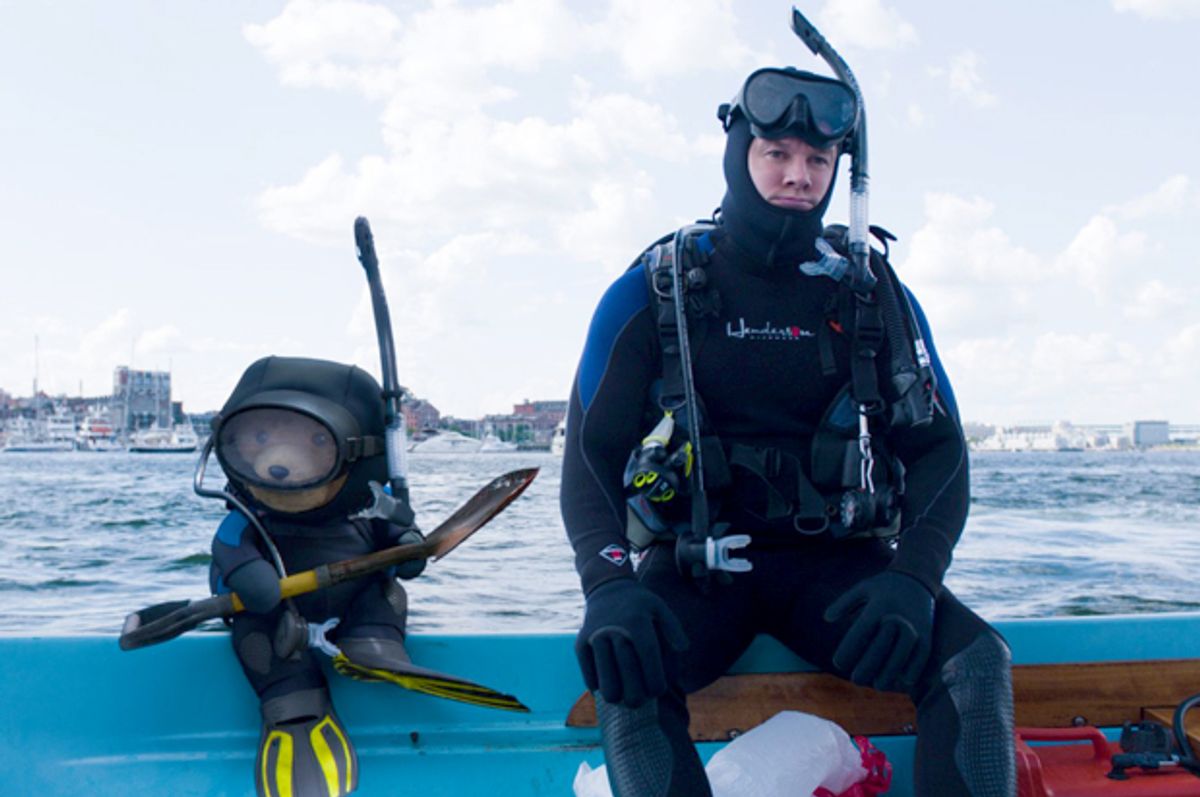 Seth MacFarlane is, like, the thinking man’s Adam Sandler. That might be the meanest sentence I have ever written about anyone, including George W. Bush, Uwe Boll and the Australian dude with weird hair who sells “pickup artist” videos to losers on the Internet. Seriously, though, that captures the potential and the limitations of MacFarlane’s brand of comedy pretty well. Like Sandler, he’s a dude who revels in dude humor, that most oppressed, persecuted and underrepresented of comic modes where the boundary between self-mockery and outright stupidity is never entirely clear. (Is there an emoji that lets you know I’m being facetious while also expressing something that some people actually believe?)

Somewhat to his credit, MacFarlane seeks to create a safe zone for dudeliness, while subtly expanding its range. In his new foulmouthed teddy-bear sequel “Ted 2,” as in its predecessor – yes, MacFarlane has now made two movies about a talking stuffed bear, and isn’t America marvelous? – he suggests that dudes can still be dudes, can still ogle hot chicks and revile yuppies who exercise, and improvise lyrics to the “Law & Order” theme song while baked, all without hating women or LGBT folks or people of color. That’s progress of a kind, but it’s important to note that Sandler plays that melody too, just in a dumber and more acutely agonizing key. Could any major Hollywood star possibly be upstaged, in his own movie, by Vanilla Ice? Sandler could, which is a tribute to his genius, of a sort.

Like Sandler, MacFarlane identifies as a dude from Boston, or rather from BAUWHS-ton, with the obligatory set of cultural obsessions to match. There’s an overly long gag in “Ted 2” about the fact that Ted, the living teddy bear and Mark Wahlberg’s “Thunderbuddy for life,” cannot stop himself from singing along to Neil Diamond’s “Sweet Caroline,” even at risk of imminent dismemberment. (What does an undeniably infectious pop hit from 1969, by a guy from Brooklyn, have to do with Boston? I’m glad you asked.)

MacFarlane is not quite as fixated on obscure New England sports marginalia as Sandler is; “Ted 2” is free of Hartford Whalers jerseys or University of New Hampshire baseball tees. In fact, “Ted 2” wanders as far afield as ComicCon in New York, where Ted and his former owner, sad-sack divorcé John (Mark Wahlberg) and their lawyer Sam (Amanda Seyfried) come face to face with Darth Vader and Lt. Worf from “Star Trek: The Next Generation” and Gollum from “Lord of the Rings,” which is meant to be funny because of an extended joke about how Sam, the nerdy-cute lawyer, kind of looks like him. By the time we get there, though, it has that pounded-with-a-leaden-hammer quality understood by dude-humor fans and practitioners as a virtue.

If you’re getting the impression that “Ted 2” is a pointless and deliberately absurd reworking of an idea MacFarlane pretty well wore out the first time, you would be right. Which is not to say I didn’t laugh on several occasions, including the ones where MacFarlane dares you to decide he has gone too far into patently offensive territory. There’s a Kardashian-related joke involving Wahlberg lying on the floor of a fertility clinic with the contents of dozens of jars of sperm specimens all over him that I cannot come close to repeating, and where your first reaction may well be OMG that’s incredibly racist before realizing that, no, it’s not exactly racist, it’s just crude and mean and calculated to provoke outrage. In its better, non-jizz-related moments, “Ted 2” is a loosey-goosey stoner road trip with an irrelevant, appealing blend of innocence and sweetness: John and Sam doing a “Walk Like an Egyptian” dance number in the law library, for no particular reason, or the “Law & Order” theme-song lyrics, a bit of brilliant standup material stuck in the middle of a movie.

The problem with MacFarlane -- who directed and produced the movie, and co-wrote the screenplay with Alec Sulkin and Wellesley Wild -- has nothing to do with his gifts as a comedian and showman, which are considerable. (Let’s stipulate that many people will not agree there is a problem with MacFarlane, “A Million Ways to Die in the West” notwithstanding.) It’s all a question of packaging and containment. I will continue to defend the actual content and presumed intentions (as I see them) of MacFarlane’s disastrous turn as Oscar host in 2013, but his signal-to-noise ratio was way off, and he left every female viewer not already familiar with his shtick convinced that he was a smirking, sexist turd. MacFarlane’s animated series “Family Guy” did not suffer from that problem, I guess, because if you watched 10 minutes of that show you either got it and laughed along or decided to watch something else, indeed anything else – a county board meeting on public access, your terrier refusing to stop gnawing that mangy spot – and never went back.

So we return to the fact that MacFarlane has now made two films about Mark Wahlberg and a talking teddy bear (voiced, of course, by MacFarlane himself), and that they both involve failed sexual-stalker attacks on Patriots quarterback Tom Brady. (Oh and yes, DeflateGate comes up: Dressed as an A/C repairman, John gushes: “I don’t think you’re a cheater. I think your balls are perfect.”) Well, you can’t say that the homoerotic subtext of the “Ted” movies is concealed, or is even subtext. Cheerful, dim John, with his lower-management haircut and his borderline Dad jeans, is one of Wahlberg’s more appealing characters, and if “Ted 2” comes nowhere near the cheerful insanity of the first “Ted,” it starts with a premise that could have been the basis for genius subversive satire if weren’t just another throwaway MacFarlane container.

Ted has gotten married to his downscale Boston sweetheart Tami-Lynn (Jessica Barth), who doesn’t mind his lack of a penis because the guys who come attached to those are generally such jerks. Gender revolutionary! But when the Commonwealth of Massachusetts decides that Ted can’t get married because he’s not a human being, and if he’s not a human being he must be an item of property, well, we have a groundbreaking civil-rights case. One that is not without precedent in American jurisprudence, as an African-American co-worker of Ted’s points out. This case likely to change history gets assigned to 26-year-old stoner Sam even though she’s a brand new lawyer because, well, because we need Amanda Seyfried in the movie to make googly Gollum eyes at John. Sam knows about the Dred Scott decision, but does not know who Clubber Lang or Apollo Creed are, or why it doesn’t make sense for Anakin Skywalker and Darth Vader to be walking down the street together. She will become enlightened on those topics and others besides, in an intermittently amusing movie that could almost have decided to become a deranged commentary on the state of contemporary America, but just turns over the jizz-rack instead.