The Sarah Palin era is over: What the end of her Fox News contract really means

The one-time superstar is out at Fox News, and barely an afterthought as it is. What a difference five years make 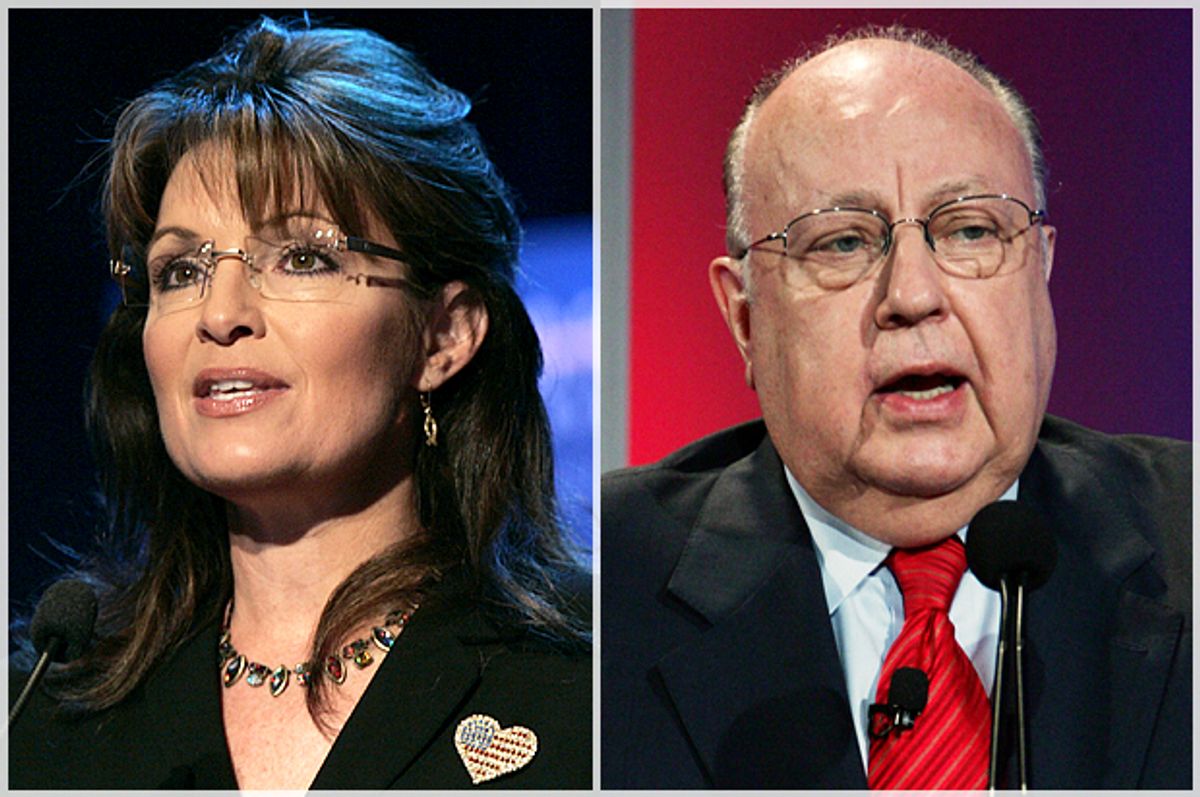 In 2010, Fox News announced with great fanfare that it had hired Sarah Palin as a contributor. On Wednesday morning, Politico's Mike Allen informed his readers that her days with the network were through — and that she'd actually severed ties with Fox nearly a month ago. The former conservative superstar had found her tenure at the leading conservative news outlet quietly smothered with a pillow.

What a difference five years make.

The reasons for the split are easy enough to divine. Fox News must have decided that it wasn't worth paying Sarah Palin a very large sum of money (her first contract was worth $1 million a year) to ramble on incoherently, especially when Sarah Palin isn't what she used to be. The network's core viewership is ultra-loyal — the only thing that makes a stalwart Fox News viewer disappear is death — and unlikely to switch to CNN just because Palin isn't around as much as she used to be. Any way you look at it, Fox News needs Palin far less than Palin needs Fox News. (Casual observers could be forgiven for having forgotten that Palin was even on Fox anymore.)

It wasn't that way at the beginning. When Palin first signed on with the network in 2010, she was a far more potent force, thanks to her post-2008 celebrity and her successful second act as the face of the Tea Party. Her every utterance was national news, especially since she kept dropping hints that she might run for president in 2012.

As we all know, Palin didn't run in that election, and her value to Fox News chief Roger Ailes cratered the second she announced the news. Just like his boss, Rupert Murdoch, money is only part of the reason that Ailes is in the game. He also sees himself as a crucial GOP power broker and gatekeeper. Despite his lousy track record at picking winners, Republican hopefuls still want to be near Ailes; at one point in the 2012 cycle, a large portion of the eventual GOP field was on the Fox News payroll.

So when Palin took herself out of contention, a large part of her attractiveness to Ailes evaporated. To make matters worse, she enraged him by breaking the news on Mark Levin's radio show, not Fox News.

Things got so bad after that that Palin was reduced to publicly complaining when her appearances got canceled. Relations haven't improved much since then, even after Fox News signed a new contract with Palin in 2013. Her most memorable appearance in the years since was when she went on Megyn Kelly's show and delivered a monologue about everything and nothing, which was incomprehensible even by her paltry standards.

Given all of that, it's no shocker that Palin found herself slipping down the Fox News hierarchy. What's more, the political landscape has shifted in fundamental ways since her heyday. Nobody's thinking too much about the Tea Party these days. In a world where the continual murder of black people and the omnipresence of the surveillance state are the dominant themes of our discourse; where gay marriage is on the cusp of nationwide victory and the South is finally getting embarrassed about the Confederate flag; where the only woman people are really thinking about for 2016 is Hillary Clinton, what is the point of Sarah Palin anymore? Even Fox News itself seems to be moving away from those days, at least superficially. Its big star now is Megyn Kelly, who is positioning herself as an independent-minded heir to Barbara Walters.

It's all very end-of-an-era, isn't it? You almost want to thank Fox News for allowing everyone to begin to move on completely from Sarah Palin, and hastening her consignment to the dustbin of history, where she belongs.