We are imprisoned by Israel: A filmmaker not allowed to attend his U.S. premiere on the nightmare of life in the West Bank

Israeli officials barred me from going to my film's premiere for "security" reasons. This is life under occupation 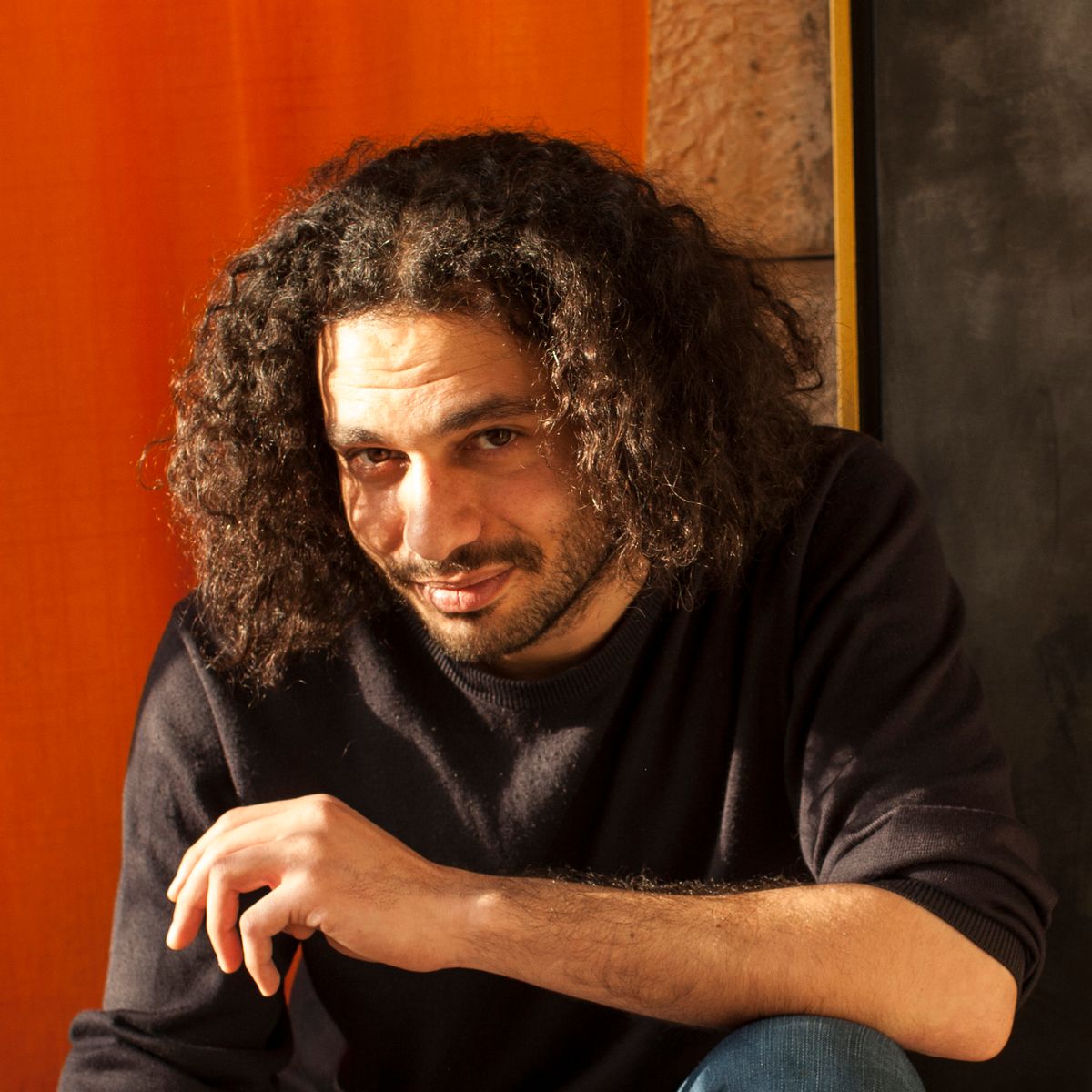 Amer Shomali in his art studio in Ramallah, in front of his painting, a character in the film "The Wanted 18". (Tanya Habjouqa)
--

In the occupied West Bank, almost anything can come to be seen as a threat to Israel’s security. Even cows.

Yes, cows. Here’s the story: During the activism of the first Palestinian intifada, residents of the West Bank town of Beit Sahour organized boycotts of Israeli goods in an act of civil disobedience intended to pressure the government. Local activists in 1988 hatched a plan to bypass Israeli suppliers and produce milk locally. They bought 18 cows from a kibbutz, a collective Jewish farm. The plan, the activists thought, was both simple and elegant.

The Israeli military thought otherwise. As soon as the authorities got wind of the “Intifada milk” being distributed in Beit Sahour, they declared the cows a threat to Israel’s security. Following orders to aggressively clamp down on the intifada’s “neighborhood committees,” a local army commander directed his troops to shut down the dairy farm and seize the cows. Thus begins the tale of the wanted cows.

The story of the cows is a West Bank parable. It illustrates a reality that is at the core of the Palestinian experience of life under occupation: that Israeli military control permeates all aspects of life. In the West Bank and Gaza, the Israeli state controls Palestinians’ border crossings, internal movement within the West Bank, airspace, tax system and population registry. Israeli officials decide where and when Palestinians are allowed to travel. Israeli state authorities even shape our diets by determining what imported foods we are allowed to eat and drink.

I am the co-director of a film about the wanted cows and the Palestinians who sought to raise them as symbols of freedom. The film, called "The Wanted 18," premiered at the Human Rights Watch Film Festival on June 13. But I was unable to attend the screening at Lincoln Center due to another element of this system of control: Israel’s restrictions on Palestinian freedom of movement.

As a resident of the city of Ramallah holding the so-called West Bank ID, I cannot travel to Jerusalem without a special permit from the Israeli military. So when I set up an appointment at the U.S. Consulate in occupied East Jerusalem to apply for a visa, I also had to apply for a pass to Jerusalem. After weeks of waiting, the date of my visa appointment approached. Finally, on the day of the appointment, Israeli officials told me I had been rejected for reasons of “security.”

I am not alone. My story is similar to those of tens of thousands of other Palestinians living under the Israeli matrix of control in the occupied territories. Introduced in various forms over the last 48 years, initial restrictions have spawned an elaborate system that dictates who can travel where. In the West Bank, a network of walls, other barriers, and military checkpoints slices the land into an archipelago of separate enclaves. The most extreme case is the Gaza Strip, where 1.8 million people are imprisoned in an enclave roughly twice the size of the District of Columbia.

Israel’s instrumental use of the word “security” is both elastic and arbitrary. In practice, it is used to limit the freedom of movement of Palestinians who have no recourse. This is a reality that I encountered in the process of shooting "The Wanted 18." In 2012, on the eve of an important shoot, Israeli forces briefly arrested my props manager, taking him during a nighttime raid on his house near Ramallah. The soldiers also seized a range of props that we needed for the shoot.

The props manager was released later the same night, but the missing props posed a problem. Luckily, the residents of the town where we were shooting leapt to action, helping us fashion replacements. They even found a jeep that, for the purposes of the film, could be painted to look like an Israeli military vehicle. It was a display of the same life-affirming activism that we wanted to portray in the film.

My co-director Paul Cowan and I intended "The Wanted 18" as a celebration of freedom and creativity. We wanted to affirm the power of civil disobedience – then and today – in the face of military occupation and repression.

I believe we succeeded. And now Israel is driving home the fact that it’s in control … but only just.  We Palestinians are repeatedly finding ways out, over, around and through the Israeli-imposed barriers to equal rights and freedom.