Chris Christie is about to embarrass himself: The presidential fantasy he just can't give up

His support keeps sliding and he has no real path to victory -- so why is he running? 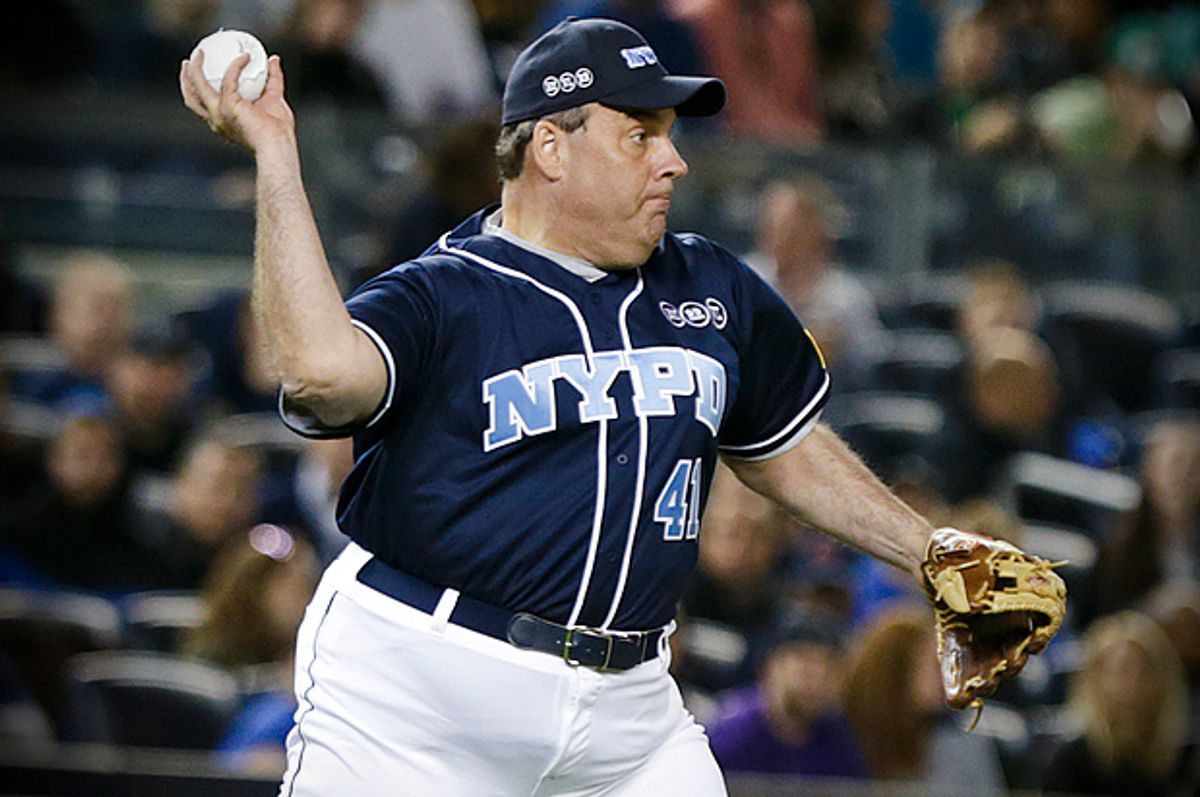 The presidential announcements have come in waves. First there were the upstart senators (Cruz, Rubio, Paul). Then the candidates who've run before and almost certainly won't do as well as they did last time (Huckabee, Santorum, Perry). The non-politicians (Carson, Fiorina). The people everyone expects to win because they have famous names and lotsa money (Bush, Clinton). The Donald Trump (Trump).

We're now in what appears to be the "once-promising governors whom no one cares about anymore but are still going to run because why not?" wave. Louisiana Gov. Bobby Jindal announced his presidential candidacy yesterday through a weird creepshot surveillance video of him and his family on the patio. What does Bobby Jindal bring to the race? A couple of excellent higher education credentials and a legacy of destroying his state, hooray! He is polling at about 1 percent and it probably won't get much higher than that, because who even cares.

Now Politico reports that New Jersey Gov. Chris Christie "is in the final stages of preparing his 2016 presidential bid, with a formal announcement possible as soon as next week." Keep forgetting that this guy exists. He was my pick for the one hopeful who might look at the complete lack of space for himself in the field and decide not to run -- does this year's crop of hopefuls understand this? That you can, in fact, consider a run but then not do it? -- but now he's wrapping up legislative business and hiring people all over New Hampshire and blah blah.

So what's the plan, here?

But Christie’s aides insist there’s room for him in the 2016 field. With former Florida Gov. Jeb Bush struggling to distance himself from the rest of the pack, they say, the lane for an establishment candidate remains open. Aides to Ohio Gov. John Kasich, who is also contemplating a run, have put forward a similar argument for his potential candidacy.

The hope, Christie’s team says, is that his authentic political brand will shine through, both on the debate stage — Republicans are preparing to hold their first primary debate in August — and in New Hampshire. The state has a history of breaking for moderate, independent-minded Republican candidates, and Christie has been a frequent visitor there. Those familiar with his early planning for a 2016 bid say he’s prepared to make it the cornerstone of his electoral strategy.

Just because Jeb Bush hasn't put any separation between himself and the field does not mean that there is room for Chris Christie to swoop in and hoover up the moderates. Christie's only rival in terms of total unpopularity among Republican voters is Donald Trump. But at least Trump, aside from the many people who hate him, has a slice of people who do like him and believe his whole shtick about how he'd fire China in a televised mock-boardroom meeting or whatever. Establishmentarians who haven't committed to Bush aren't without other, more appealing options: Marco Rubio, for instance, or Scott Walker, two candidates who are neatly straddling the establishment/base divide. John Kasich would have his work cut out for him, but he is at least an interesting and experienced figure who is extremely popular in Ohio, a somewhat important general election state.

And then there's his authentic brand, which is code for how he yells and shouts about what are the allegedly difficult topics. How has that worked out for him thus far? Earlier this spring he test-drove a message about how his top priority would be cutting Social Security and Medicare. It's not that he acknowledged, coyly, that maybe these programs would have to be changed. He practically did cartwheels in public about how excited he was to cut the shit out of Social Security and Medicare. He cannot wait to cut them! Shockingly, however, his poll numbers in New Hampshire receded even further after this pitch. It's almost like "authenticity" doesn't override voters' support for the most popular programs of the last century. It's clarifying, though.

And he still hasn't hit bottom yet. Good luck, though!