"I spoke up about the bullsh*t in Hollywood": Rose McGowan fired for calling out industry sexism 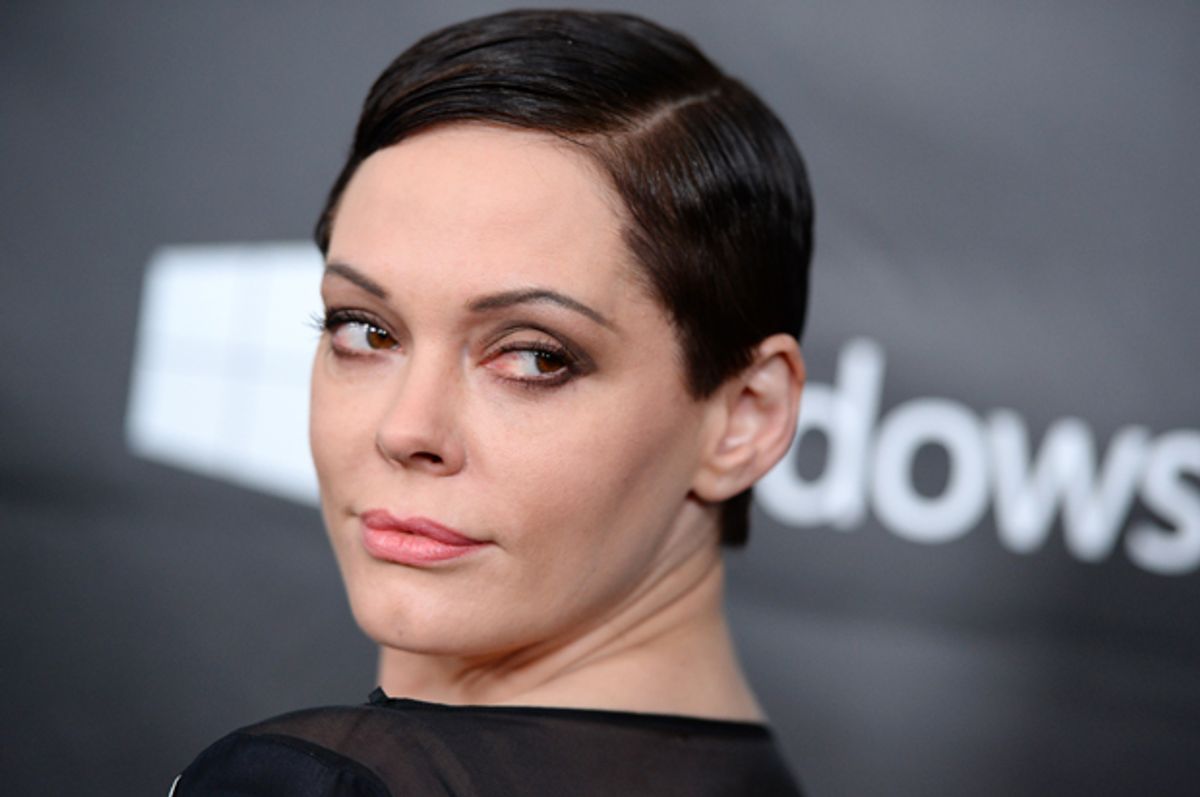 Rose McGowan did a badass interview this week in which she gamely called out the entertainment industry for its endemic sexism. Then she was fired by her agent.

According to the star, who tweeted about the debacle, the acting agency Innovative Artists declined to represent her because she "spoke up about the bullshit in Hollywood" -- specifically, about the "bullshit" of casting an Adam Sandler movie. Before sitting down with Entertainment Weekly, McGowan posted a critical screenshot last week of casting directions for female actresses, with a thinly veiled attribution to a Sandler production:

casting note that came w/script I got today. For real. name of male star rhymes with Madam Panhandler hahahaha I die pic.twitter.com/lCWGTV537t

Then, just a few days later, McGowan claims her agent got involved:

I just got fired by my wussy acting agent because I spoke up about the bullshit in Hollywood. Hahaha. #douchebags #awesome #BRINGIT

Given the instances of sexism the star cites in her Entertainment Weekly interview -- being told to grow her hair so men in Hollywood would want to "fuck" her, for example -- it's not surprising McGowan's representatives released her in the wake of her comments. That is, after all, how the entertainment industry works.

Update, 2:30pm EDT: Variety reports that McGowan's agent, Sheila Wenzel, left Innovative Artists on Thursday after the star tweeted about being "fired" by the agency.