"The Third Man": Why this masterful 1949 Euro-noir about the age of American arrogance and power is more relevant than ever 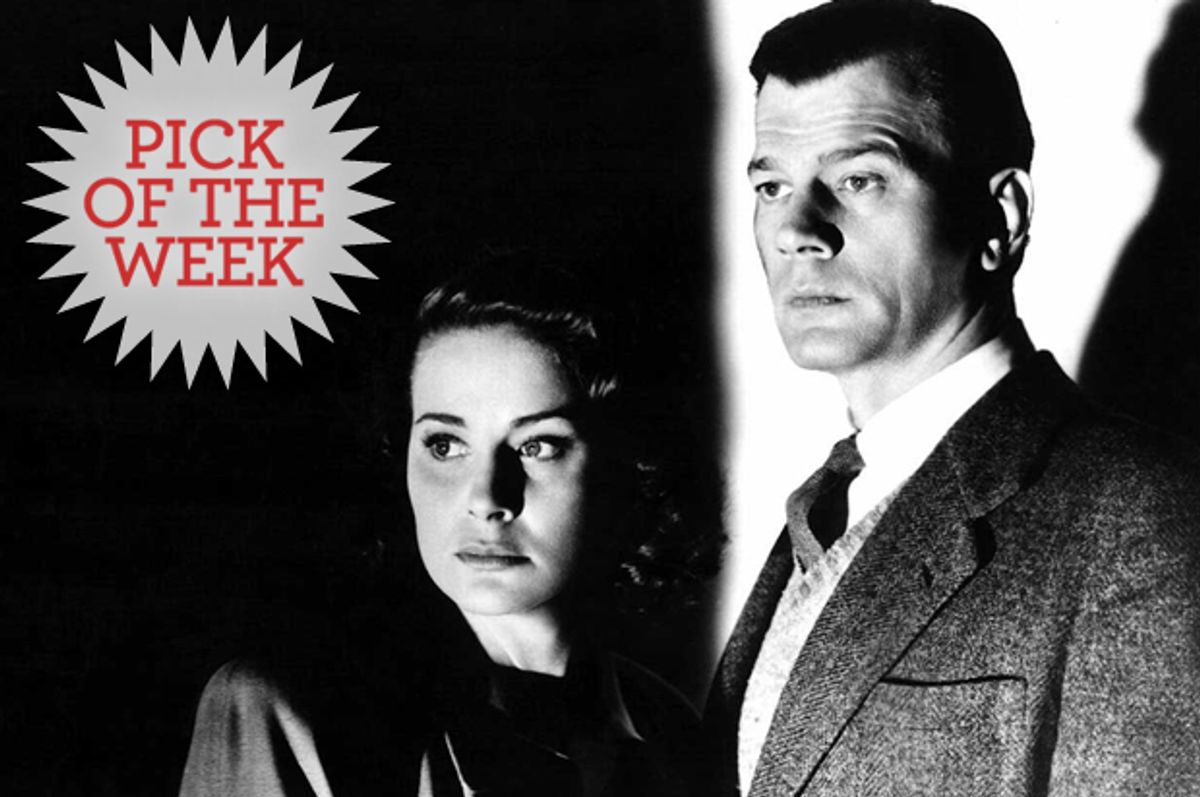 British director Carol Reed’s 1949 Euro-noir “The Third Man” is justly famous among movie buffs and film scholars for its black-and-white cinematography, its memorable zingers, its atmosphere of paranoia (driven by Anton Karas’ pseudo-cheerful zither theme, which sounds more and more sinister the more you hear it) and its immense influence on generations of subsequent thrillers. What has perhaps been lost over the years, however, is the cultural freshness and vitality of Reed’s masterpiece, created in collaboration with writer Graham Greene and co-star Orson Welles (who wrote some of his own dialogue, and was incorrectly presumed by many to have directed the film sub rosa).

“The Third Man” is important not just because of its technique but because of its theme: Just because blundering Americans rule the world does not mean they understand it, and American cultural hegemony has transformed the global economy into the plot of a gangster movie. While the corrupt and duplicitous postwar Vienna of “The Third Man” may at first look like an ancient realm of fedoras and overcoats, men in ties and women with ringlets, in moral terms it’s the same world we inhabit today. Perhaps the new 4K restoration of “The Third Man” from Rialto Pictures, the first major cleanup since its initial release, can succeed in stripping away the feeling of antiquity and enable younger viewers to get past the film’s apparent leisurely pace and deliberately misleading narrative structure. Because if you allow “The Third Man” and Harry Lime, Welles’ memorable antihero, to weave their dark magic, the story’s enduring relevance is unmistakable.

It seems ludicrous to issue a spoiler alert for a film made 66 years ago -- and especially this one, since there is no way to talk about Welles’ character without giving away the most important plot point. But OK, consider yourself cautioned. How in the world did Twitter users of 1949 deal with this problem? Even at the time, people presumably went to the film knowing that Welles was in it, and then watched Joseph Cotten, as a bumbling American pulp novelist named Holly Martins, bounce around Vienna for more than an hour, under the impression that his old friend Harry Lime is dead. When Holly tells the laconic British officer played by Trevor Howard that he needs “to get to the bottom of all this,” the latter responds: “Death’s at the bottom of everything, Martins. Leave death to the professionals.”

Of all the American caricatures in Greene’s novels and screenplays, Holly may be the cruelest, but Cotten (in real life a son of the Southern aristocracy) makes him seem human and even likable with one of those understated performances that doesn’t even feel like acting but is exquisitely controlled. Holly lacks intellect, lacks worldliness and lacks any instinct for street smarts, delicacy or diplomacy. He is utterly hapless at speaking, understanding or even pronouncing German, and the film has a considerable amount of untranslated dialogue. (Reed and Greene insisted that to use subtitles was to miss the point.) He lacks everything, pretty much, except basic decency and good intentions, which are dubious qualifications when it comes to exercising political and commercial dominion over the planet.

In fairness, Holly also lacks pretension: Almost the only moment when you can feel Greene’s affection for the character comes at the meeting of a Viennese cultural society, where it’s clear that Holly (who writes westerns in the Zane Grey mold) has never heard of James Joyce and has no idea what is meant by “stream of consciousness.” Holly has been invited by the culture-vultures in charge of de-Nazification (indeed, pretty much kidnapped by them) to talk about “the crisis of faith.” “What’s that?” he asks in all innocence.

As with so much of Greene’s dialogue, there’s a double edge here. On one level: Oh ho ho, Yankee boy, you’re gonna find out about the crisis of faith! On another, it’s kind of pointless and vapid to sit around discussing the philosophical implications of highbrow literature while around you terrible people are doing terrible things all day long. Faith was of course no laughing matter to Greene, an intermittently devout Roman Catholic convert who saw religion as a bulwark of meaning in a world of evil, cynicism and doubt. This theme reappears in “The Third Man” when Harry Lime finally reveals himself, a different sort of American who rides along with the simpleminded benevolence of people like Holly.

During the film’s most famous exchange aboard Vienna’s historic Ferris wheel, when Harry outlines his diabolical worldview, including his comparison of the Italian Renaissance under the murderous Borgias with 500 years of peace and democracy in Switzerland (“What did that produce? The cuckoo clock”), Holly finally protests, “You used to believe in God.” For once Lime does not smirk. “Oh, I still do believe in God, old man,” he replies. “I believe in God and mercy and all that. But the dead are happier dead. They don’t miss much here, poor devils.” I feel pretty certain that Dick Cheney and George W. Bush had this exact conversation several times, except that Cheney is Harry Lime minus the erudition and has never heard of the Borgias. (He probably knows something about the Swiss banking system.)

Right up to the “Mission: Impossible” and Jason Bourne films, American movies about global espionage and cynical realpolitik eventually have to reassure us that the essential Holly Martins spirit of our nation and its people is morally superior and will win out. But that isn’t the point made by Reed and Greene in “The Third Man” at all. Harry and Holly, like Bush and Cheney, are a team, even if only one of them understands the team’s true agenda and if the other is repeatedly shocked – shocked, I tell you! – to hear “God and mercy and all that” invoked as a pretext for fraud and thievery and murder. (Hillary Clinton and Barack Obama’s private conversations were less soulful, I’m afraid – more like a drinking game where the winner gets to blow up a village in Yemen.)

During the famous final chase and shootout through the Vienna sewers, perhaps the high point of Robert Krasker’s Oscar-winning cinematography, the implicit partnership between Harry and Holly rises to the surface. You can read their climactic encounter and its aftermath in various ways – Greene, interestingly, argued for something closer to a “happy ending” than Reed did – but as I see it Holly finds his crisis of faith at last, realizing that he is implicated in Harry’s crimes and in the same moment deciding to protect Harry’s secrets. Then he goes forth from the literal bowels of Europe to rule the world, his cowboy innocence lost forever and shit on his shoes, pondering God, the modern novel and the cuckoo clock.

Rialto Pictures’ new 4K renovation of “The Third Man” is now playing at Film Forum in New York, Ritz at the Bourse in Philadelphia and the AFI Silver Theatre in Silver Spring, Md. It opens July 3 in Chicago, Los Angeles, Portland, Ore., San Francisco and Seattle; plays July 6 only in Anchorage, Alaska; opens July 10 in Santa Fe, N.M.; plays July 11 & 14 only in Austin, Texas; plays July 22 only in Ashburn, Va., and Port Townsend, Wash.; opens July 24 in San Diego; July 30 in Dallas and July 31 in Hartford, Conn., with more cities and home video release to follow.