America's health care system is still broken: Why single-payer is the only thing that will ever fix it 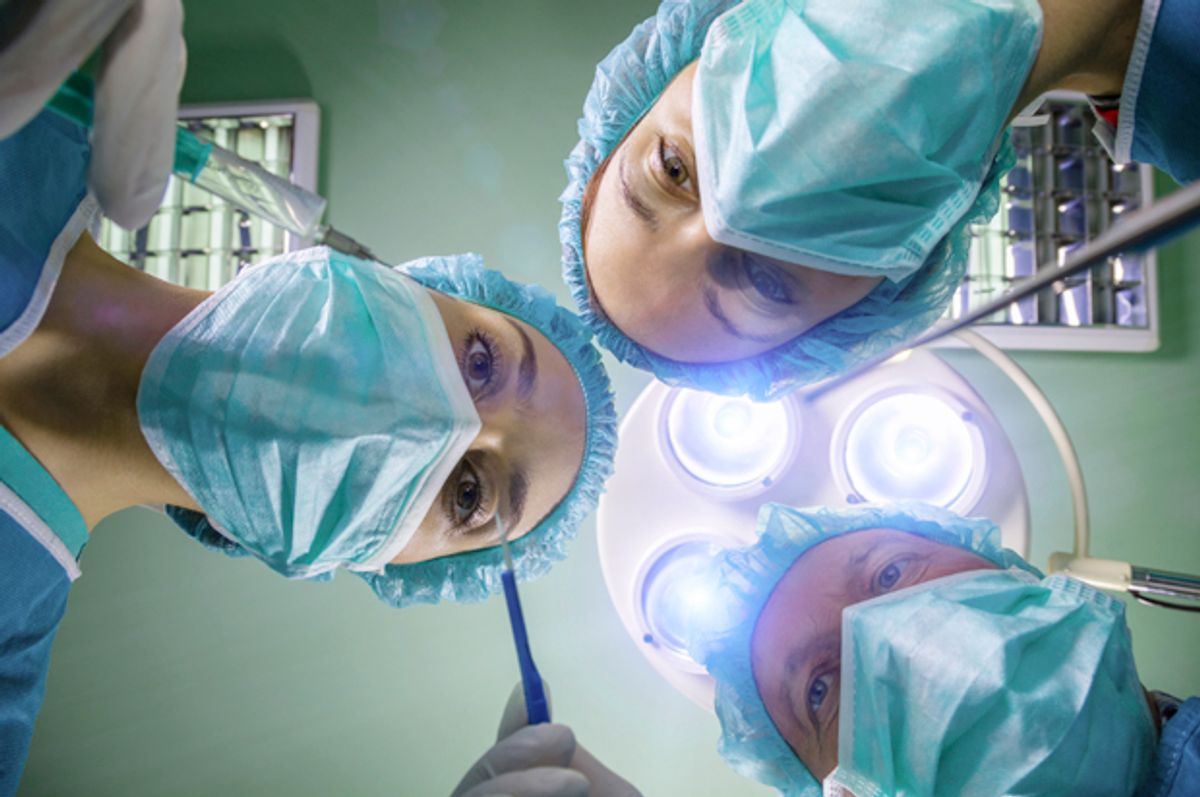 On Thursday, the Supreme Court splintered yet another spear heaved by conservatives trying to destroy, by whatever means necessary, the Affordable Care Act. Those living in the 34 states that rely on the federal “exchange,” who purchase health insurance using subsidies provided by healthcare reform, are understandably relieved.

“Without the subsidy, I am not sure what I was going to do,” said one man, a hairdresser who was diagnosed last year with kidney cancer, to Kaiser Health News. “I was thinking of moving out of my apartment and go live in my car to afford coverage.” Another man, suffering from a form of blood cancer, told the New York Times: “I am nervous about the Supreme Court decision, very nervous,” he said. “If I don’t take that pill, the cancer will come back.” The pill, the Times reported, would otherwise have cost him more than $10,000 a month.

This is what matters most about yesterday's Supreme Court decision on Obamacare: Many Americans – some 8.2 million, according to an estimate from the Urban Institute – no longer need to worry about being unceremoniously dumped into the ranks of the uninsured. It has been estimated that a ruling in favor of the plaintiffs could have cost between 8,000 and 9,800 lives a year. How the case plays out with respect to ongoing Democratic and Republican political gamesmanship seems, in comparison, a piddling matter.

Now, in other news yesterday, health care stocks were spiking on Wall Street: Insurers (UnitedHealth and Aetna) and corporate hospital networks (Hospital Corporation of America) were seeing strong gains. The link between these events is, of course, obvious: The Affordable Care Act’s premium subsidies are funneled through private health insurance companies, who take a cut. Corporate hospital chains, meanwhile, prefer a well-paying customer.

Together, this might be a bit puzzling for those who’ve adopted that age-old mantra, “What’s good for the health insurance industry is bad for America.” Yet this corporate compromise was fundamental to the passage of Obamacare, as Stephen Brill documents in his book "America’s Bitter Pill." As a result, Obamacare is, by and large, good for the health care business. A few years back, as described in a New York Times story headlined, “The President Wants You to Get Rich on Obamacare,” Thomas Scully – who comfortably alternates between working as a government administrator and a government lobbyist – tried to alleviate the concerns of a room of investors about Obamacare at the “21” Club in New York.

“It’s not a government takeover of medicine,” he was quoted by the Times as saying, “It’s the privatization of health care.” As the Times put it, “Billions could flow from Washington to Wall Street, indeed.”

Next question: Why should we care, if the insured are being covered in the process? Well, we should care because our corporate health care compromise comes at a serious cost.

First, it’s a waste of good money. Private insurers have notoriously high overhead: They spend perhaps 12 percent of your premium on administration and profits. Traditional Medicare, in contrast, spends about 2 percent on overhead. A recent analysis found that the insurance expansion under the ACA has been particularly costly from this perspective, with about $1,375 spent on overhead for each newly insured person.

Second, the mandate model of health care reform was never intended to result in universal coverage. “If you took George H. W. Bush’s health plan,” Scully told the investors at the “21” Club with some fairness (again as quoted in the Times), “and removed the label, you’d think it was Obamacare.” The problem with a mandate model – which used to be the conservative approach to health care reform – is that some people will invariably fall between the cracks: Indeed, some 27 million will remain uninsured in the long term under the ACA. Some of these people are undocumented immigrants, while others are working- or middle-class people, for whom the purchase of health insurance is simply too costly.

Third, the problem of underinsurance -- which is, roughly speaking, having insurance, but not being able to afford to use it because of copayments or deductibles -- is going nowhere quickly. The percentage of non-elderly Americans with private insurance who have a “high-deductible health plan” rose from 22.5 percent in 2009 to 36.9 percent in 2014. Underinsurance doubled between 2003 and 2014, such that by one measure, 31 million Americans are now “underinsured.”

Fourth, the delivery of health care by for-profit corporate enterprises has become an entrenched component of the political economy of American health care. For a particularly unseemly example, consider the explosion of the corporate hospice industry. There was a time not long ago when the hospice was a charitable, religious or not-for-profit enterprise. In the neoliberal era, however, it was all but inevitable that venture capital would try to get in on the market for dying: by 2013, 66 percent of Medicare-certified hospices were for-profit businesses. Quality issues with such for-profit providers are a perennial concern:An investigation by the Washington Post last year, for instance, found that “on several key measures, for-profit hospices as a group fall short of those run by nonprofit organizations,” like the amount spent on nursing each point.

Which brings us to the final question: What’s the alternative? Is real universal health care – e.g. a single-payer national health program – at this point feasible?

Based on national polling, the answer is yes, absolutely, of course. A majority or near majority generally voice support for a single-payer system, including in one recent survey.

Now, I know, “will of the populace,” yada yada. But on the other hand, there does seem to be a groundswell of outrage at rising inequality in our society that may not be so easily swept away. Electoral politics, to some extent, seem to be reflecting that. Bernie Sanders, for instance – now in second place behind Hilary Clinton in the Democratic presidential primary – has made economic justice the center point of his campaign. He’s also a strong single-payer supporter: “What the United States should do,” he put it in a statement about King v. Burwell yesterday, “is join every other major nation and recognize that health care is a right of citizenship. A Medicare-for-all, single-payer system would provide better care at less cost for more Americans.” Well said, Bernie.

For those who want to open a bottle – or even a case – of champagne to celebrate yesterday's ruling, I’d say: enjoy. But tomorrow, once the hangover has cleared, the work to transform our corporatized, fragmented, and inequitable health care system remains before us.