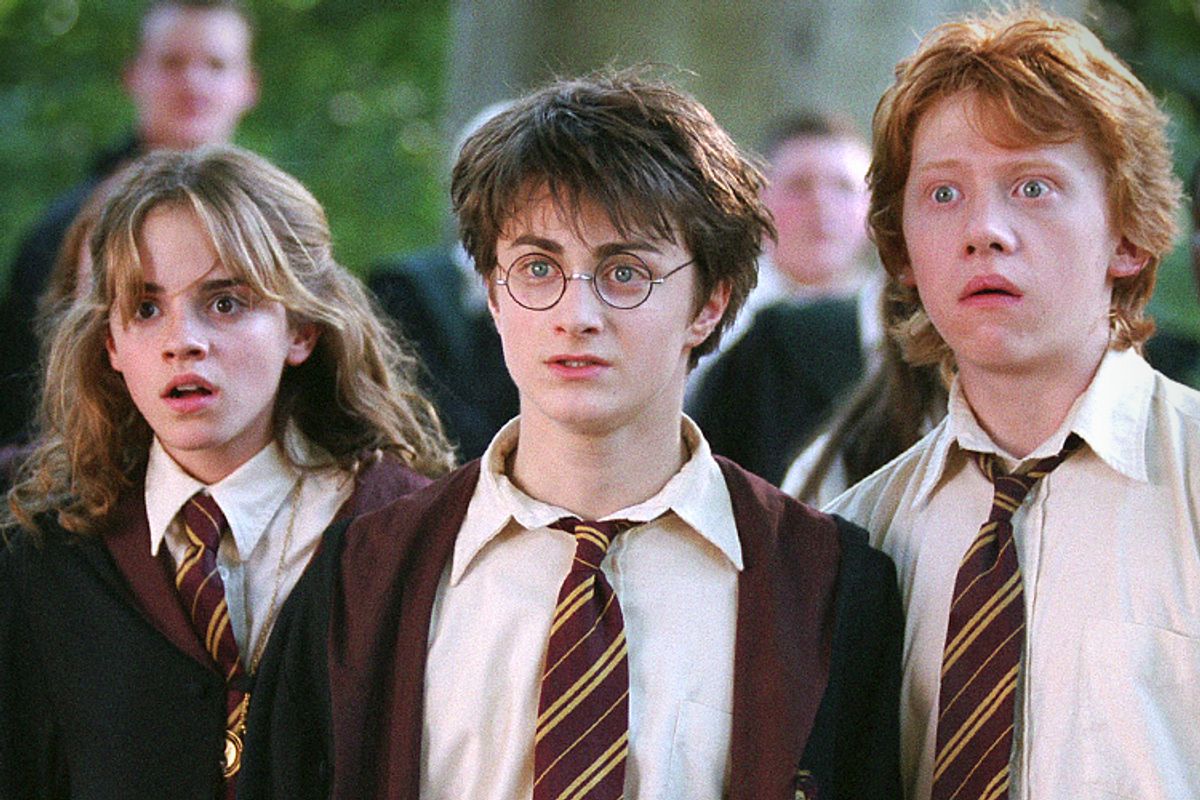 Emma Watson, Daniel Radcliffe and Rupert Grint in "Harry Potter and the Prisoner of Azkaban"
--

Yesterday, on the 18th anniversary of the UK publication of the first "Harry Potter" book, J.K Rowling announced that a new play called "Harry Potter and the Cursed Child” would open in London next year as part of a collaboration between herself, director John Tiffany and writer Jack Thorne.

See the author's full tweet-storm below:

According to British tabloid The Daily Mail, the play will delve in to the fate of Harry’s parents before they were killed by Voldermort, and "may also look at the complicated relationship between siblings Lily and Petunia."

U.K. audiences will be able to see the production at London’s Palace Theatre in 2015, and while there are no plans for a Broadway opening (yet!), remember, London is just a seven hour plane/broomstick/hippogriff ride from New York. Meet you at Platform 9 3/4 next year, HP fans!