Jon Stewart shreds newly minted candidate Bobby Jindal: You may be in trouble "when you cannot carry a majority of your immediate family" 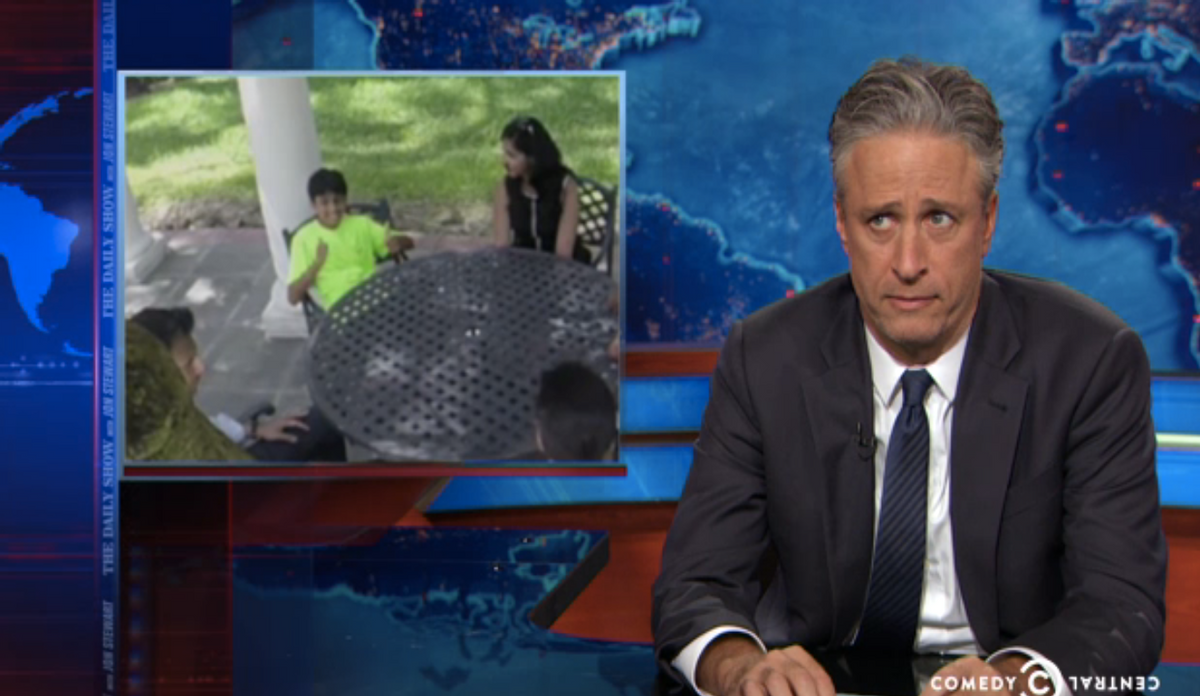 Jon Stewart, who is not a political scientist or a campaign manager, thinks Louisiana Gov. Bobby Jindal (R) could still benefit from taking a few of his tips on how to shoot a decent 2016 announcement video.

Bobby Jindal, who made his 2016 intentions clear yesterday after posting a hidden-camera style video on his Facebook page, quickly became a leading GOP contender for the title of Creepiest Presidential Announcement Ever.

In the video, Jindal, seated outside at what appears to be his backyard table, announces to his family that “we have decided we are going to be running for president this year." The news is met with muted excitement and a thumbs-up from one of his kids.

"I believe your campaign may be in trouble when you cannot carry a majority of your immediate family," Stewart said.

The "Daily Show" host noted that Jindal's kids seemed much more interested in "literally everything else going on in the backyard." Which, isn't untrue. Stick around until the end of the video and you can hear one of Jindal's sons yell "Look there's a turtle over there!"

The turtle, Stewart concludes, must have have been Sen. Majority Leader Mitch McConnell (R-KY).