Memo to the GOP: If you want to honor Clementa Pinckney, end the crusade to curtail voting rights

If the GOP wants to heal the sickness revealed in Charleston, it must heal the wounded Voting Rights Act 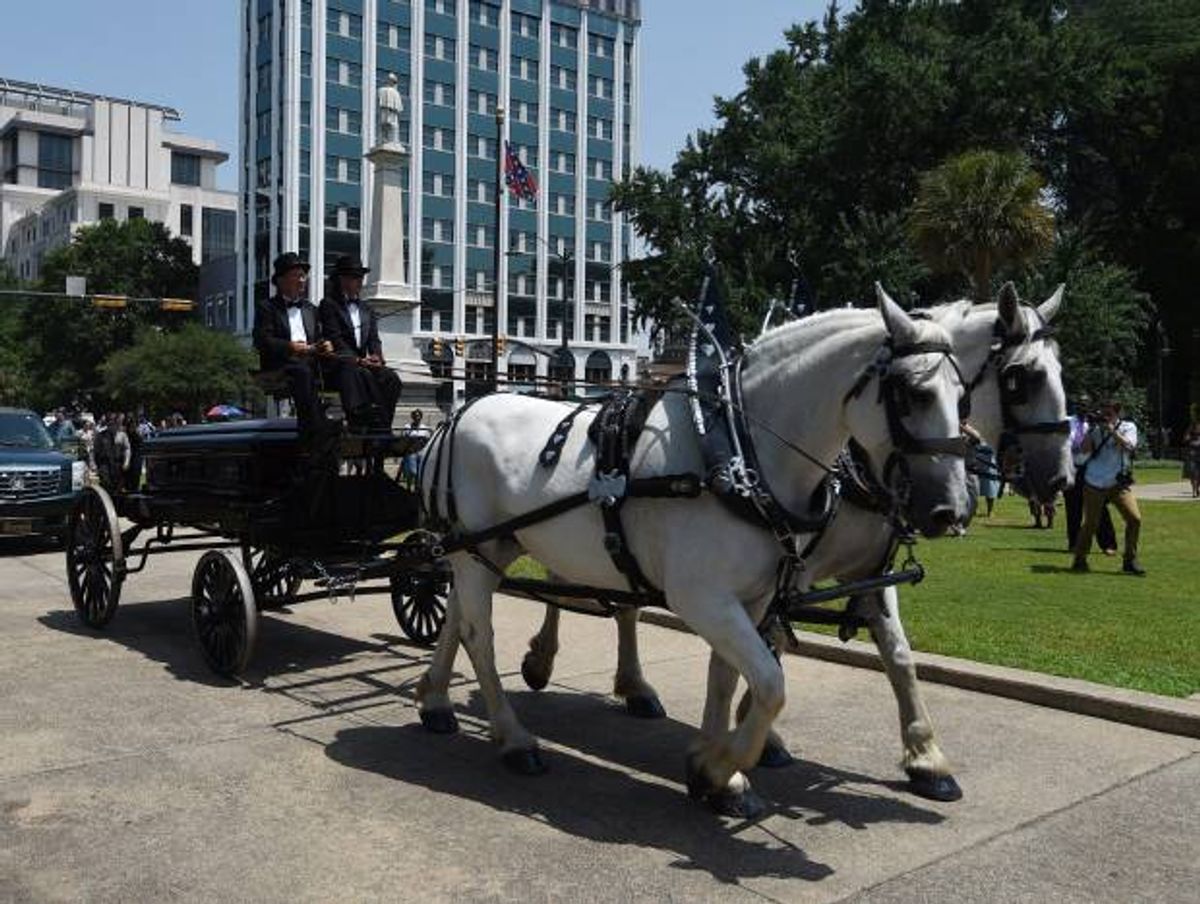 Thursday marked the second anniversary of the Supreme Court decision that tore the heart out of the Voting Rights Act.  This week Democratic Sen. Pat Leahy and Rep. John Lewis, our patron saint of voting rights activism, commemorated the anniversary by introducing a new bill restoring and enhancing the provisions that were gutted.

It’s actually tougher than the bill Leahy and others introduced after the act was eviscerated. “The previous bill we did in a way to try and get bipartisan support—which we did,” Leahy told the Nation’s Ari Berman. “We had the Republican majority leader of the House [Eric Cantor] promise us that if we kept it like that it would come up for a vote. It never did. We made compromises to get [Republican] support and they didn’t keep their word. So this time I decided to listen to the voters who had their right to vote blocked, and they asked for strong legislation that fully restores the protections of the VRA.”

Republicans who want to honor South Carolina State Sen. Clementa Pinckney, the pastor gunned down by a white supremacist during Bible study at Emanuel AME Church, don’t necessarily have to sign onto the Leahy/Lewis bill. Maybe they could resurrect the compromise legislation of 2014. They have choices. But whatever they do, the best way to honor Pinckney, whose funeral is Friday, is to drop their crusade to curtail African American voting rights, and join the crusade to protect them.

This week brought several jarring coincidences in a row. On the very day the Supreme Court upheld the subsidies of the Affordable Care Act, it also ruled that the Fair Housing Act could continue to be used in situations where housing practices had a racially “disparate impact,” not merely in those that were driven by the intent to discriminate and/or segregate.

The Fair Housing Act, of course, was a landmark piece of civil rights legislation that was stalled, and likely to lose, until the assassination of Dr. Martin Luther King Jr. awakened the conscience of Republican and Democratic congress members who’d gotten cold feet. It should remind us that taking down the Confederate flag from South Carolina capitol grounds, belatedly, isn’t enough of a response to Pinckney’s assassination.

Let’s recall: The carnage of Selma led to the Voting Rights Act. The spilling of King’s blood led to the Fair Housing Act. The murder of the Mother Emanuel nine, including Pinckney, should spur much more dramatic public action than lowering a flag that never should have gone up in the first place. (Perhaps the new voting rights bill should be named after the nine martyrs.)

I’m aware that Gov. Nikki Haley’s call to remove the flag represents progress.  Even more progress is evident in widening calls to get rid of Confederate monuments all over the South and even in Washington D.C. I don’t mean to minimize that dramatic change. It shouldn’t have taken these murders to convince decent Southern people that Confederacy symbols have become hate symbols. But it did, and many of them now -- belatedly, and some of them shame-facedly -- say they get it. This is huge.

But the racial hate expressed by Confederate symbolism has metastasized into new forms of racism. We don’t need to call people the N-word anymore, as President Obama observed (shocking folks professionally aggrieved by Obama); we have new language. Like “food stamp president” and “taker, not maker.” And we have the undeniable epidemic of voting restrictions just in the years since Obama was first elected. Half the states in the country – the vast majority red states – have passed laws making it harder to vote since 2008.

One thing I love about the new Leahy/Lewis bill is it seeks to answer Chief Justice John Roberts’ complaint that the Voting Rights Act hadn’t been updated since the mid-60s, even though other states not covered by the act had been accused of voting rights curtailment. So the new bill adds four states – New York, California, Florida and North Carolina – that only had small sections covered by the VRA’s Section 4 before. (The VRA restoration bill of 2014 only covered four states altogether: Georgia, Louisiana, Mississippi, and Texas.)

The lone Republican who signed on to that 2014 bill, Wisconsin Rep. James Sensenbrenner (who also introduced it), isn’t backing the new bill. “I stand by the legislation I introduced last Congress,” he wrote in a statement to the Nation. “Passing any bill on voting rights will be a Herculean task and there is no chance of succeeding if we abandon our bipartisan approach.”

That’s fair enough. And that’s why Republicans who want to honor Clementa Pinckney should at least sign onto Sensenbrenner’s 2014 bill. I’m old enough to remember when the parties compromised, and reached a place in the middle where both sides could be equally satisfied and disgruntled. So I’d be satisfied if Sensenbrenner’s alternative became the GOP alternative, and the two sides negotiated. I’m pretty sure, as much as they believe in their new bill, Leahy and Lewis feel the same way.

That’s not likely to happen. But a week ago, I didn’t think Nikki Haley would call to lower the Confederate flag. The unthinkable horror of the Emanuel nine massacre made new ideas suddenly thinkable. Let’s hope this is one of them.