The Supreme Court can legalize same-sex marriage, but it can't take away the dignity of bigots who oppose it 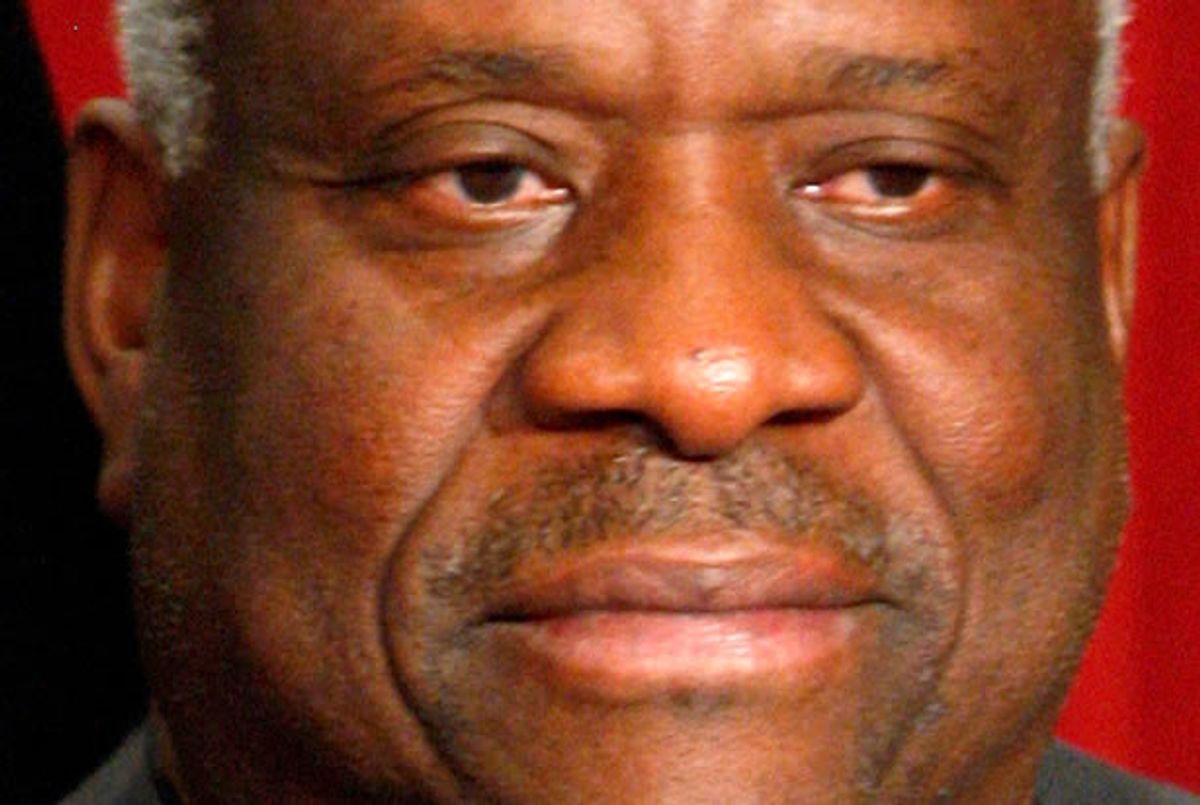 In his dissent to the Supreme Court's decision legalizing same-sex marriage, Justice Clarence Thomas attempted to undermine the majority's claims about the government denying dignity to same-sex couples by claiming that the government can't deny what's not its to bestow.

"Human dignity has long been understood in this country to be innate," Thomas wrote. He noted that by claiming "all men are created equal" and that they are "endowed by their Creator with certain unalienable Rights" in the Declaration of Independence, "the Framers...referred to a vision of mankind in which all humans are created in the image of God and therefore of inherent worth."

"This vision is the foundation upon which the Nation was built," he added, and "[t]he corollary of that principle is that human dignity cannot be taken away by the government." If you're wondering how Thomas reconciles that logic with the fact that people who share his skin color spent the first American century as chattel slaves, the answer is -- he doesn't.

Thomas merely asserts that despite being owned by other human beings, "[s]laves did not lose their dignity (any more than they lost their humanity) because the government allowed them to be enslaved." It's a high-minded -- albeit wholly ahistorical -- point that he's making, namely that because dignity is inherent to the human condition, the government can neither "bestow it" nor "take it away."

And just whose dignity is Thomas concerned with here? Initially, his words were meant to rebut the majority's claim that the dignity of same-sex couples was being denied -- "the Constitution contains no 'dignity' Clause" -- but by the end of his dissent, Thomas is clearly speaking directly to members of the electorate who voted for same-sex marriage bans.

Same-sex marriage opponents are therefore, by dint of Thomas' logic, the equivalent of enslaved African-Americans when it comes to their dignity -- they possess it, and the government can't take it away -- except what Thomas neglected to point out is that these people aren't actually owned by other people.

This would seem to be a significant distinction, but it's not one Thomas is inclined to make.