"Gone with the Wind" must stay: Why banning the racist film solves nothing

In the wake of hate crimes like the Charleston shootings, we must confront our history -- not look the other way 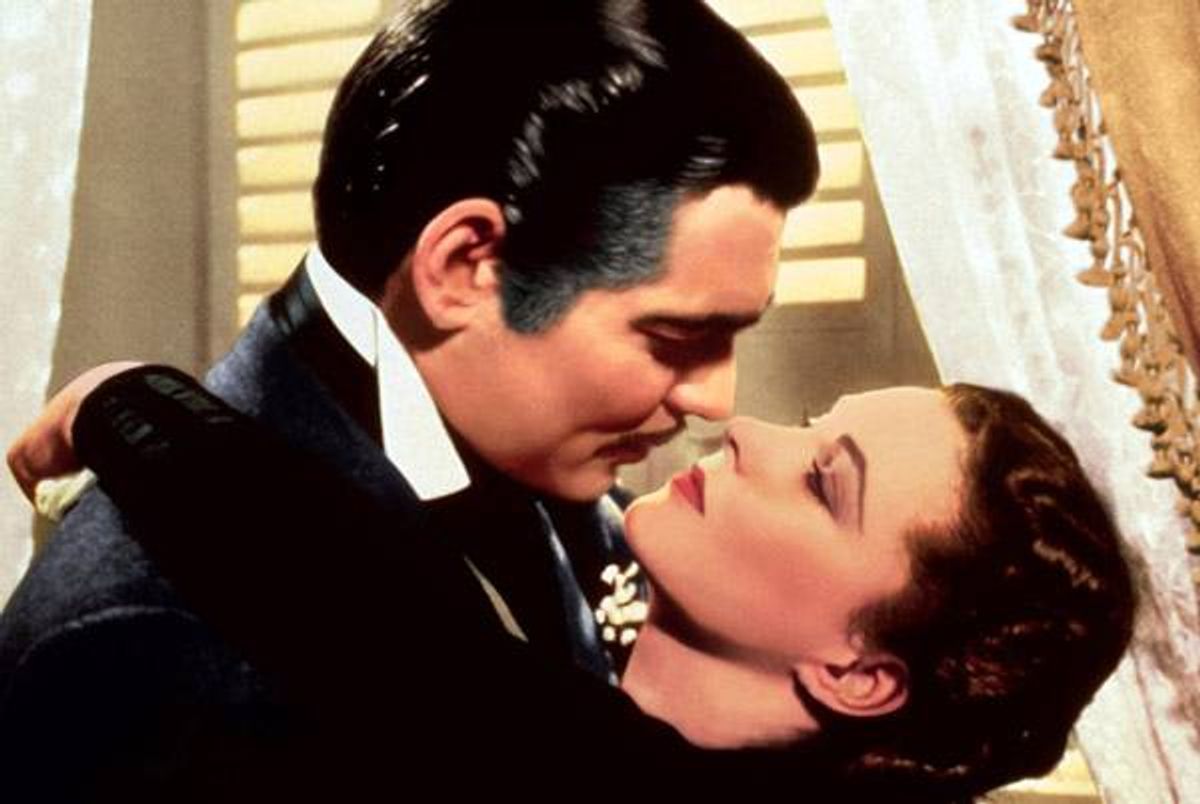 Directed by Victor Fleming, the film holds an important place in film history, esteemed by the American Film Institute as one of the greatest movies ever made (it ranks at #6 on their Top 100 list). It broke box office records upon its 1939 release—still the most-successful movie of all time when adjusted for inflation. If it came out today, Gone with the Wind would make $1.6 billion dollars, which is twice what Avatar made a couple years ago. The film earned 10 Academy Awards, and only a handful of other movies have amassed more gold on Oscar night. Clearly, it’s a big deal.

Considering that I got my Master’s in film and the ‘30s and ‘40s are my preferred decades, this should be an admission of guilt on my part, but instead it’s a matter of discernment. Who wants to watch a four-hour apologia for the Confederacy when I can check out Rebecca, The Heiress, or My Man Godfrey? When I can watch Casablanca for the hundredth time? To quote Rhett Butler, when it comes to Gone with the Wind, “frankly my dear, I don’t give a damn.”

More from The Daily Dot: "Same-sex marriage is now legal across the U.S."

But how I care to spend 221 minutes of the precious time I have on Earth is between me and my God, not Lou Lumenick’s. In a recent editorial for the New York Post, the paper’s chief critic and film editor argued that the film adaptation of Margaret Mitchell’s novel should be banished to museums. “If the Confederate flag is finally going to be consigned to museums as an ugly symbol of racism, what about the beloved film offering the most iconic glimpse of that flag in American culture?” Lumenick asked.

Given the widespread removal of the Confederate flag from public spaces in the American South—as the relic of institutional racism is pulled from the state capitols of South Carolina and Mississippi, while Alabama bans it from their license plate—this is an important conversation, one that's sparked a predictable conservative outcry on Twitter.

However, pulling Gone with the Wind from public circulation doesn’t make the country safer from racism, in the wake of the violent shootings that rocked Charleston, South Carolina, last week, when 21-year-old Dylann Roof gunned down nine people in the Emanuel AME church, a historically black institution. If anything, it only helps us pretend as though the ideologies that informed the shooting never existed. Instead of having an actual conversation about the way our cultural history informs the present, such solutions serve to lock it away.

More from The Daily Dot: "Makeup artist brings cartoon characters to life on her face"

Lumenick’s opposition to the film’s content is undoubtedly correct. In the film, he mentions that Gone with the Wind “buys heavily into the idea that the Civil War was a noble lost cause and casts Yankees and Yankee sympathizers as the villains, both during the war and during Reconstruction.”

Instead of referring to black folks with the dreaded “N-word,” producer David O. Selznick opted for the slightly less offensive “darkie.” This was a term that’s still objectionable enough that in 1989, Colgate had to field widespread outrage from the black community when it was discovered that, in Asia, the company had been selling a brand of “Darkie” toothpaste for years; the label even featured Al Jolson in blackface.

The film has been widely criticized for its portrayal of both the South and its black characters—who embody minstrel stereotypes about lazy, stupid black people. The British historian David Reynolds writes, “[T]he black slaves are mostly dutiful and content, clearly incapable of an independent existence.” And as Lumenick writes, the Ku Klux Klan is never directly mentioned, but audiences can pick up on context clues: “[I]t’s still pretty clear that the unseen ‘political meeting’ that Rhett and Ashley attend after the attack on Scarlett involves the activities of vigilantes in white sheets.”

Despite these facts, that doesn’t make the film less important in a post-Dylann Roof society. Arguably, it makes the film more relevant than ever.

While flying a flag doesn’t help us better understand the mentality behind racist nostalgia,Gone with the Wind is an important part of America’s film historiography, a depiction of a society that was still grappling with the ghosts of the war.

Slavery abolition and Reconstruction promised a society that would rebuild itself on the dignity of all of its citizens, but that wasn’t the story in 1939, a time when Southern blacks were legally barred from white schools. The 15th amendment may have granted suffrage to African-American males, but voter suppression was still widely practiced in states like Alabama, to keep black men from exercising those Constitutional rights. Impossible literacy tests given to Louisiana voters show that while the law changed, society didn’t.

More from The Daily Dot: "Mario World speedrunner does the entire course blindfolded"

Given the widespread pushback against the removal of the flag, it’s clear that today’s America has more in common with 1939 than we would like to believe. In fact, just two years ago the Supreme Court ruled to repeal the Voting Rights Act, taking away the 1965 protections instituted to ensure that practices like those employed in Louisiana stayed a thing of the past. In her dissent, Justice Ruth Bader Ginsburg cited numerous cases of gerrymandering and cancelled local elections as instances of modern voter suppression in the South.

There’s an old cliché that those who do not remember the past are doomed to repeat it. That is true both of Gone with the Wind and Birth of a Nation, a movie that was incredibly innovative in terms of film technique and was incredibly, horribly, mind-bogglingly racist. The D.W. Griffith film was widely considered the greatest movie ever made until the 1960s, and in his great movies review of the film, Roger Ebert called it “an unavoidable fact of American movie history, [one that] must be dealt with.”

Can a movie be great and problematic? Yes, but more importantly, it can be incredibly educational. Ebert said that part of the power of Birth of a Nation is its brutal honesty about racism, as the film “provides an insight into human nature, helping us understand good and evil.” Ebert continued:

Racism of the sort seen in The Birth of a Nation has not been acceptable for decades in American popular culture. Modern films make racism invisible, curable, an attribute of villains, or the occasion for optimistic morality plays. Birth of a Nation is unapologetic about its attitudes, which are those of a white Southerner, raised in the 19th century, unable to see African-Americans as fellow beings of worth and rights.

What makes a film like Birth of a Nation important then is that it makes visible the parts of America we would prefer to ignore. The first time I saw Birth of a Nation was in a film seminar, filled with an audience of students who were just as appalled as I was. However, its use wasn’t to shock us but to remind us of the reality of America’s cultural legacy.

If Lumenick wants Gone with the Wind in a museum, we should make that museum public: by broadcasting the film as an enduring statement of America’s racial sins. Channels like Turner Classic Movies provide Americans a public service by putting classic movies into context with short lectures by film historians—explaining what makes a film great or the content that makes it objectionable. What could be more powerful than listening to race scholars like Cornel West or Michelle Alexander help white audiences see Gone with the Wind in a new way—to watch it the way black folks have for decades?

Whether we like it or not, Gone with the Wind is absurdly popular, topping a 2014 survey asAmerica’s favorite film. Rather than shying away from its troubling acclaim, we should confront it, and if we choose not to for personal reasons, we shouldn’t stop others from doing so. Just because I don’t want to watch Vivien Leigh never go hungry again doesn’t mean there isn’t a power in painful imagery—or that it can’t still teach us something or tell us something about America today.

Go home and watch Gone with the Wind with the commentary on or don’t, but we shouldn’t pretend it doesn’t exist. That’s not the equivalent of book burning—it’s cultural amnesia.