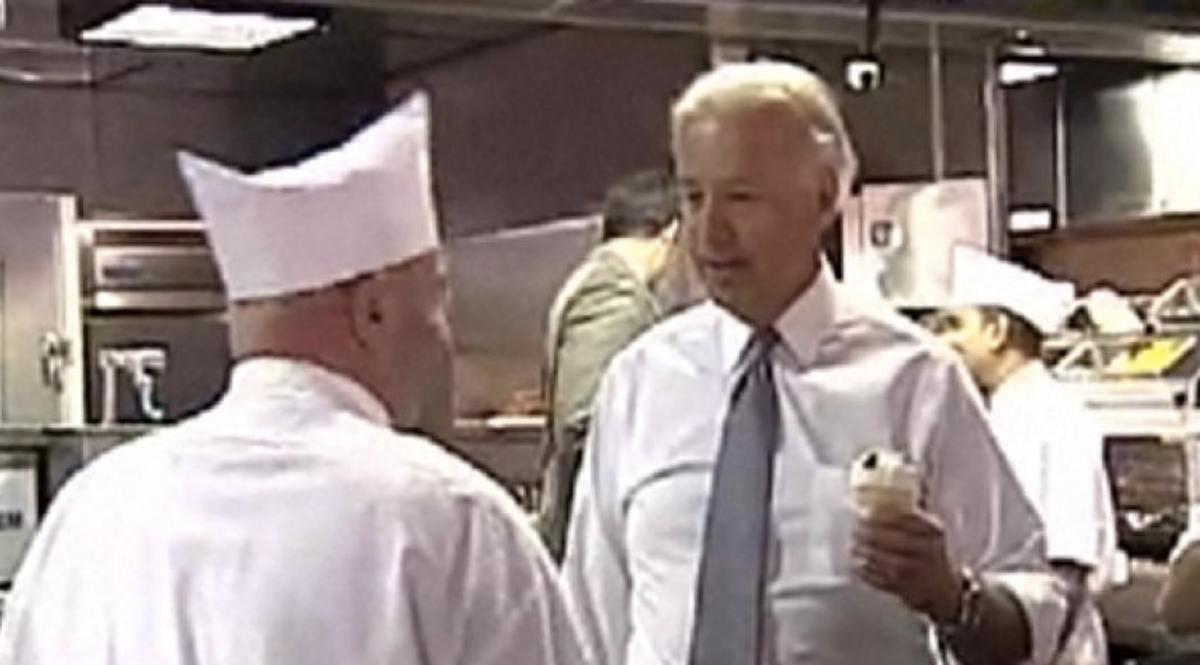 Here’s what was buzzing around the Internet for the week of June 27, 2010:

Joe Biden loves ice cream, and this is a fact. His love affair with the frozen treat has been well documented on Tumblr, with blogs like Joe Biden Eats Ice Cream frequently updating on the latest veep parlor sightings. Often he requests waffle cones and whatever "is the closest to chocolate" and is donning some sick aviators.

Five years ago, while campaigning for Democratic Sen. Russ Feingold, the vice president stopped at Kopp's Frozen Custard in Wisconsin -- under the sad misconception that he was about to eat ice cream --  and left with some self-serve custard and a viral story instead.

Manager: "Don’t worry, it’s on us. Lower our taxes and we’ll call it [the custard] even."

Biden: "Why don’t you say something nice instead of being a smartass all the time?"

Biden had already established himself as a serial verbal gaffer at this point in time. It also seemed mutually understood that his comment was made in jest. However, after camera footage of Biden's visit to Kopp's Frozen Custard leaked, programs like Fox & Friends couldn't resist spinning their own narrative out of the sound bite: "Democrat Man Visits Local Business And Disrespects Him By Being Rich and Mean."

Steve Doocy and Brian Kilmeade invited Borkin onto the show a few days later, trying with all their might to get him to admit that he had ill will toward the veep and actually meant what he said as a jab. Borkin, who did admit that he was "shocked" by Biden's comeback initially, ultimately shot down Kilmeade's speculation that he was "ticked off" when he delivered these words.

And that's the story of Biden Calling a Wisconsin Man A Very Slightly Bad Word.