Allen West: The "liberal progressive left" only "manufactured" the Confederate flag crisis to distract Americans from "what's really going on"

"It's not like the flag even had anything to do with the murders" in Charleston, Steve Doocy said 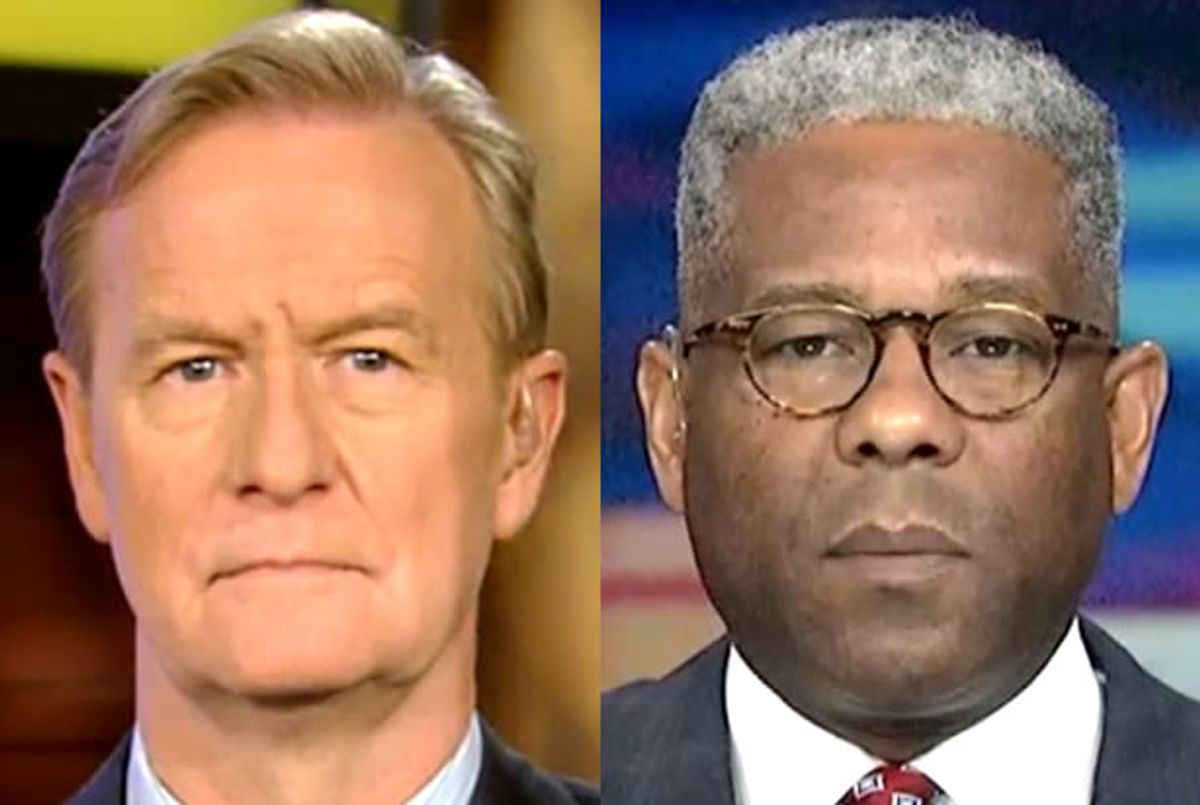 On "Fox & Friends" Monday, former Florida Representative Alan West told Steve Doocy that "the liberal progressive left" only "manufactured" the Confederate flag crisis in order to deflect attention from Fox News' favored narratives, most notable among them how the decline in "traditional marriage" is destroying the African-American community.

Doocy began by noting that NASCAR Chairman Brian France announced over the weekend that "we are going to be as aggressive as we can to disassociate ourselves with that flag," and that he installed measures to ban the flying of the Confederate flag on the infield of racetracks. This decision -- as well as similar ones made by Walmart and Amazon to stop stocking the flag -- isn't actually motivated by economic self-interest, Doocy said, but "politics."

West agreed, and invoked Chicago Mayor Rahm Emmanuel's oft-cited remark -- "never let a good crisis go to waste" -- as proof that "the liberal progressive left is taking something and making it a manufactured political crisis to keep people distracted from what's really going on."

And "what's really going on," West said, is that black-on-black urban violence exists and the black community is doing nothing about the black family falling apart. For Americans -- especially black ones -- to concentrate on any other issue a waste of time. "That's what Americans should be talking about," West said, "not a piece of cloth."

West concurred, adding that "the young man who committed that demonic act is a racist sociopath, there's no argument about that. But that has nothing to do with the Confederate flag." He applauded South Carolina Governor Nikki Haley for "doing the right thing" in removing the flag, but chastised Senator Harry Reid for saying that colleges with "Runnin' Rebels" as their mascots should consider changing them.

"What does that have to do with what happened in South Carolina?" West said.

The problem posed by the flag is not, despite West's suggestion to the contrary, limited to South Carolina. In Boston over the weekend, someone hung a Confederate battle flag on a war memorial for the one of the first all-black regiments to fight in the Civil War. While authorities bickered over whose responsibility it was to remove the flag -- it is a national monument, and therefore technically under the aegis of the National Park Service -- Melissa Carino, of Lowell, took it upon herself to take the flag down and deposit it in a trash can.

Watch the entire interview with Doocy and West below via Fox News.