That isn't an ISIS flag, CNN! 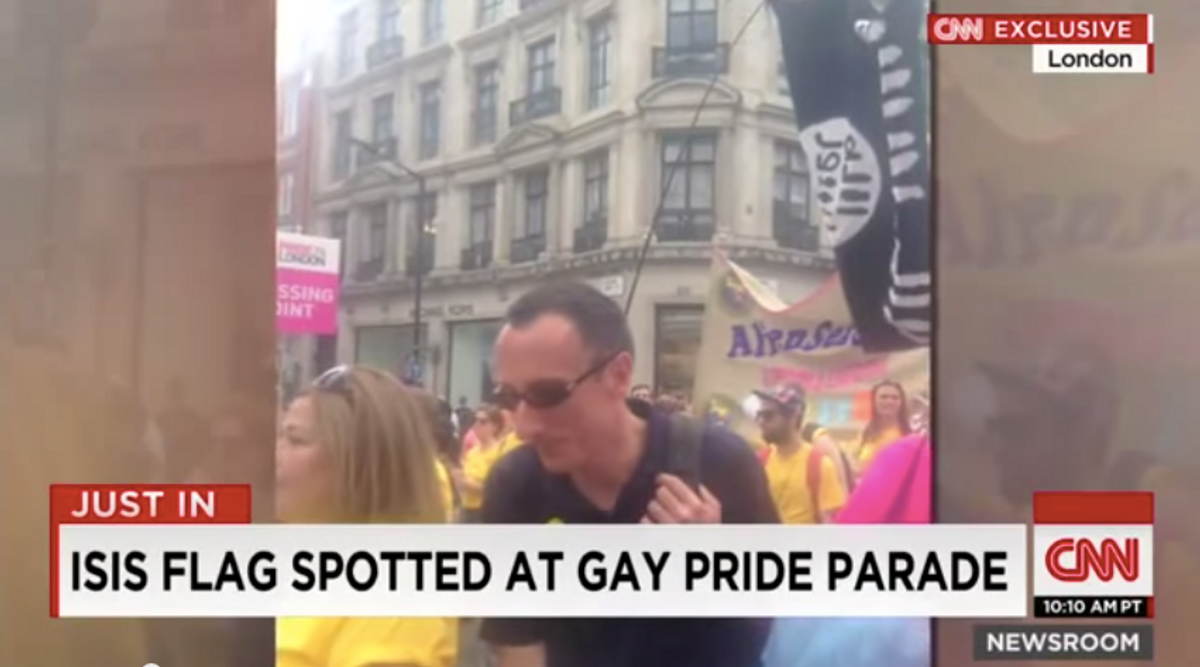 If you love amazing TV awfulness, you already love this story. But CNN's cock-up (sorry, pun intended) is an instructive one. It's a master class in how not to practice journalism.

You have to have a smidgen of sympathy for poor Lucy Pawle, the eager London assignment editor who brought word of the flag's existence to the world. If she'd gotten the story right, it would have been a moment straight out of "42nd Street": plucky behind-the-scenes toiler makes the big time! A shame, then, that she got the story so wrong.

If it's any comfort to Pawle, she was far from alone. Unlike digital media, where one person can absolutely put something wrong up without having to run it by anyone else (believe me—I've been there), there are always scads of people between any stray thought that a cable news staffer comes up with and your TV screen.

Pawle's tip must have gone past a producer or two, some graphics people, a director, and Suzanne Malveaux, who was anchoring at the time. And even by that conservative estimate, that's like five people who all rushed the story to air -- so they all get to share in the shame.

There's nothing that exemplifies the brainless heights that cable news can reach quite so much as the moments when the participants openly acknowledge that they're just filling time with informationless drivel.

"If it was a political statement of some sort it was very subtle," Pawle says. She even notices that it's not in Arabic.

"The main question is, what are [the flag holder's] motivations?" CNN's national security analyst Peter Bergen, who must be counting his Emmys to reassure himself about his journalistic skills, adds. "The whole thing is very strange...we don't know who this person is. We don't know his motivations."

This audiovisual equivalent of the shruggie emoticon goes on for over six minutes.

It's hard to imagine needing to stress this, but it's always good to be reminded that if you are in possession of maybe 4 percent of the relevant details in any story, you should wait a second until there's a little more information.

OK, I've had my fun. The real point is that everyone in the news business has been driven slightly insane by the madhouse that is our modern media cycle. The pressure to give in, to go with a shaky story, is immense. Everything goes so unbelievably fast, and every second that you don't have a story it seems like the entire world is leaving you behind. CNN must have felt like it was sitting on a ticking time bomb—what if someone else got to the ISIS Pride flag first? What if some rival tweeted a picture out and took control of the story? How many Facebook links would that be sacrificing?

Down that road lies certain doom. All of us in journalism owe it to ourselves to take a few deep breaths now and then. Give yourself a break, media! Although if you can't look at a flag with a bunch of butt plugs on it and figure out that it's not ISIS, I really can't help you.