"Welcome to the new world": Alabama Chief Justice says Christians will be persecuted now that sodomy is the law of the land 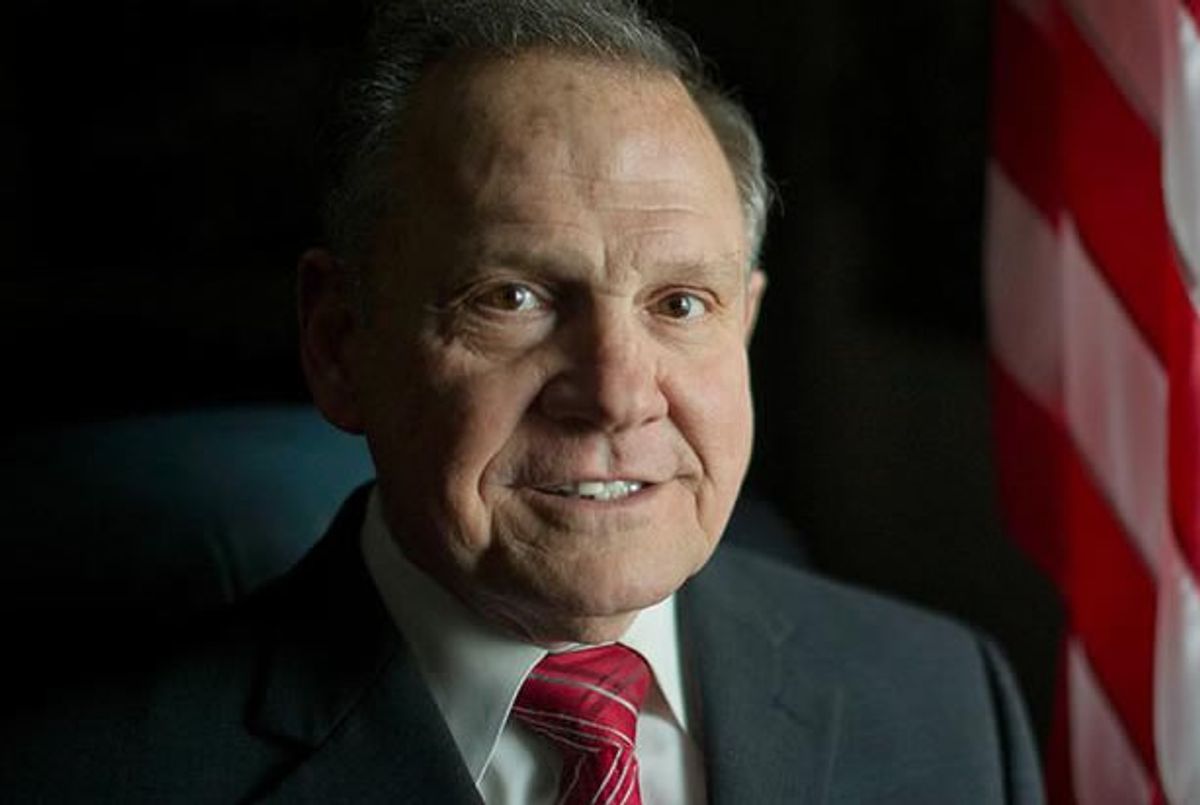 Alabama Chief Justice Roy Moore is about as much of a fan of Friday's Supreme Court ruling on same-sex marriage as the current crop of Republican presidential contenders, and on Sunday he took to the pulpit -- a literal pulpit -- to voice his displeasure with the highest court in the land.

At the Kimberly Church of God, Moore claimed that the decision to legalize "sin" in the form of same-sex marriage is as morally disastrous a ruling as those that propped up slavery.

"Just who do they think they are?" he asked of the Supreme Court Justices.

"It's just changed for you Christians. You are going to be persecuted according to the U.S Supreme Court dissents." Of course, he neglected to note that Clarence Thomas' remarks in his dissent -- in particular, that the decision "will be used to vilify Americans who are unwilling to assent to the new orthodoxy" -- don't have the force of law, but Moore wasn't interested in discussing legal niceties on Sunday, what with the world about to end and all.

"Is there such a thing as morality anymore?" he asked. "Sodomy for centuries was declared to be against the laws of nature and nature's God."

"And now if you say that in public, and I guess I am, am I violating somebody's civil rights?" Moore continued. "Have we elevated morality to immorality? Do we call good, bad? What are we Christians to do?"

In February, his answer to that last question was to order Alabama judges to defy a superior court's ruling that same-sex marriages were constitutional and refuse to grant marriage licenses to gay couples. What steps he is willing to take to prevent such couples from marrying now that same-sex marriage is the law of the land remains to be seen.

Watch Moore speaking at the Kimberly Church of God below via AL.com.